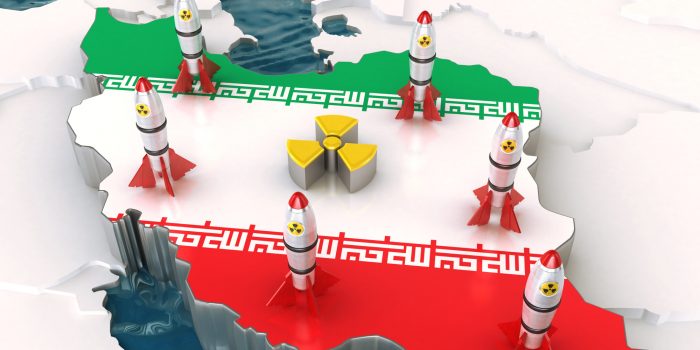 A letter was delivered to incoming president Donald Trump signed by 37 people, most of them scientists who previously supported the Iran nuclear deal, urging him to maintain the agreement and refrain from dismantling it after he takes office. The signers included the cadre of academics who have previously joined with the Iran lobby in the debate over the flawed nuclear agreement.

As behooves a group of academics, their central argument was that the nuclear agreement was working effectively in preventing Iran from developing a nuclear weapon, saying that “as agreed, Iran has deactivated and put into storage under International Atomic Energy Agency (IAEA) seal about 2/3 of its centrifuges, and it has exported more than 95% of its stockpile of low-enriched uranium—a springboard to weapon-usable highly enriched uranium.”

The letter checks off the usual boxes mentioned by Iran supporters such as Trita Parsi of the National Iranian American Council and Joseph Cirincione of the Ploughshares Fund, who have consistently argued that the agreement would not only reduce the chance of Iran developing nuclear weapons, but would also help move it to become a moderating force in the Middle East and empower moderate elements in the Iranian government.

Therein lies the greatest failing in the scientists’ letter and the greatest opportunity Trump has been presented, which is that the Iran nuclear deal really had nothing to do with nuclear weapons, but rather about lifting sanctions in order for a reeling Iranian government to replenish its funds just as it was starting proxy wars in three different countries.

There was one absolute condition the Iranian regime had when it entered into negotiations with the P5+1 group of nations and that was for a clear separation of issues not-related directly to nuclear weapons. This included Iranian regime’s long history of support for terrorism, its harsh treatment of human rights, its crackdown on dissent at home and its eagerness to supply proxy military forces.

For the mullahs, there was nothing more important than in gaining relief from crippling economic sanctions that had pushed their iron grip to the edge with a population grown restless because of lowered wages, stagnant growth and diminished expectations for the future, including an unemployment rate among young Iranians that threatened to feed a revolt in a similar way it did in 1979 with the revolution.

And what was Tehran’s reward? According to the Wall Street Journal, over $10 billion in cash and gold was funneled to the mullahs since the deal passed in a variety of ways, some worthy of a spy novel including late night flights of jets stuffed with pallets of cash and transfers to small Iranian banks of currency converted into gold bullion.

This tallying of the sanctions relief to date includes payments previously announced and others that haven’t been. In one previously unreported payment, the U.S. authorized Iran to receive $1.4 billion in sanctions relief between when the final deal was struck in July 2015 and when it took effect, according to the U.S. officials,” the Journal said.

“Some U.S. lawmakers and Middle East allies contend that the shipments of cash and gold, a highly liquid form of money, can be used to fund Iran’s allies in the region, including the Assad regime in Syria, the Lebanese militia Hezbollah and the Houthi political movement in Yemen,” the Journal added.

This is precisely why the mullahs and their leaders Hassan Rouhani and Ali Khamenei were so desperate to complete a deal. The Iranian regime needed funds badly in order to provide Hezbollah with weapons to support the faltering Assad regime in Syria, as well as launch a civil war in Yemen with the Houthis to take on Saudi Arabia and support Shiite militias in Iraq as they launched a sectarian war against Sunni Muslims.

It also represents the greatest opportunity for Trump since the issue is not the dismantling of the nuclear agreement, but rather the threat of sanctions to link Iranian conduct back to the bargaining table.

This includes finally holding Iran accountable for items kept out of the nuclear agreement such as the development of long-range ballistic missiles capable of delivering nuclear payloads, as well as Iran’s support of three wars that have turned the Middle East into a bloodbath and large parts of Europe into refugee camps.

As part of the deal, Iran is entitled to a whopping $115 billion in sanctions relief over the past three years, but accessing those funds have been difficult since sanctions on currency transfers over the international financial network remain in place. This provides Trump with the greatest leverage possible over the mullahs.

Failure on the part of Tehran to halt its support of terrorism or lift the hammer of oppression at home is why the West should keep the firehose of funds from flowing to Tehran. This would make things problematic for the mullahs as they are facing a presidential election this spring.

Another round of broad discontent and protests again, as in 2009, could force the mullahs to once again engage in a bloody crackdown that turns international opinion firmly against them and away from the perception of moderation the Iran lobby has worked hard to try and preserve.

For the Iranian regime, the flow of cash is paramount to fulfilling its ambitions of extending its sphere of influence from the Mediterranean to Indian Ocean. A piece in Foreign Affairs examined the regime’s efforts to secure naval bases in Syria and Yemen to help its navy breakout of the Persian Gulf bubble it’s been locked in for decades.

This explains why supporting Assad in Syria and fomenting the civil war in Yemen were so crucial to the Iranian strategy for creating its own version of a Shiite Warsaw Pact.

“Bases in Syria and Yemen would be particularly important to Iran. Yemen sits on the strategic shipping route of the Bab el Mandeb Strait, one of the world’s most heavily trafficked waterways, and a naval outpost there would give Tehran unfettered access to the Red Sea and put it in a more advantageous position to threaten its main regional rival, Saudi Arabia,” Foreign Affairs said.

These are all facts the scientists who signed the letter to Trump failed to recognize or chose to ignore. It also underscores how incredibly wrong these people were in their original estimation of the success of the Iran nuclear deal.