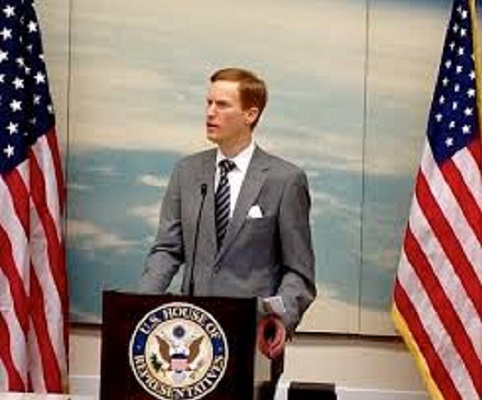 University of Baltimore’s Ivan Sascha Sheehan: Turn up Heat on the Iranian Regime

Last week, the world tuned in for the latest in a series of failed negotiations designed to curtail Iran’s pursuit of nuclear weapons.

This week, many in the U.S. are asking whether President Obama is up to the task of meeting his repeated pledges to put an end to the regime’s nuclear ambitions.

Red lines, after all, are only useful when they are enforced.

The many impasses the White House has encountered at the bargaining table are part of a strategic effort on the part of the Iranian regime to buy time to achieve nuclear know-how.

By this metric, Tehran has been wildly successful.

The French government should be applauded for standing in the way of an agreement in Geneva last week that Israeli Prime Minister Benjamin Netanyahu called a “very bad deal” and The Wall Street Journal deemed an “historic security blunder.”

The deal reportedly traded significant relief from sanctions and embargoes in return for Iranian promises that involved neither mechanisms for ensuring compliance, nor permanent dismantling of nuclear infrastructure.

That even the Iranian negotiating team, led by Foreign Minister Mohammad Javad Zarif, refused it is a sign that the regime’s supreme leader believes he can run out the clock by dragging world powers even deeper into a game of diplomacy that is the ultimate fools errand.

If ever there was a sign the administration is seen as feckless, this is it.

As the White House prepares for the next round of P5+1 talks in Geneva on Nov. 20, here’s what they need to know:

·      The sanctions that drove Tehran to the bargaining table are necessary to avoid the need for military action.

Wendy Sherman, the administration’s trusted hand on Iran, appears intent on reaching an agreement at all costs. Her recent efforts to convince the U.S. Congress to back off the sanctions that forced Iran to the negotiating table in the first place were as naïve as they were ill-conceived. Sanctions imposed under a provision of the 2011 Defense Authorization Act known as the Kirk-Menendez Amendment crippled Iran’s economy and facilitated the regime’s current crisis. Far from being paused, eased or lifted, the penalties should be increased, extended and enhanced to further ensure Iranian compliance. Congress should ignore White House requests to delay further sanctions and turn up the heat on the regime by slashing oil exports and targeting the Iranian currency.

·      Never before has it been more important to protect Iran’s primary opposition to clerical rule.

Tehran’s most worrisome and best organized political opposition, the People’s Mujahedeen of Iran — under detention in Iraq and recognized as “protected persons” under the Fourth Geneva Convention — have been repeatedly exposed to massacres, incursions and hostage takings, at the hands of assailants, including the Iraqi Government, acting on behalf of the Iranian regime. That the group has been a valuable and steadfast source of intelligence on Iranian nuclear activities should be acknowledged through actions to honor commitments to protect them from violence that has become all too common. As a preliminary measure, the U.S. can extract and settle without precondition the political refugees detained at Camp Liberty in northeast Iraq.

·      Treating the regime as a fixture of the Middle Eastern landscape weakens the U.S. hand at the bargaining table.

Washington policymakers have grown accustomed to the false dichotomy of prolonged negotiations and tactical military strikes. Such framing treats the Iranian regime as a fixture of the Middle Eastern landscape and forecloses any potential for democratic change from within. Sanctions imposed by both the U.S. and EU have driven up unemployment, set off inflation, sent the rial tumbling, and ratcheted up pressure on the Iranian regime. Signaling to ordinary Iranians that the U.S. will stand with the regime’s democratic heirs — the de facto Parliament in Exile, the National Council of Resistance of Iran — would signal those that feel that their voices have been silenced — women, youth, minorities — and channel the discontent in the Iranian streets.

·      World powers could simultaneously clinch an agreement and lose the peace.

Compromise with Tehran would breed regional instability, escalate the violence directed at the regime’s primary opposition and further embolden Tehran’s clerical rulers. Any settlement that does not insist on an immediate halt of uranium enrichment would lead to Tehran acquiring nuclear weapons. Any arrangements agreed to must also include an end to the production and installation of centrifuges; the immediate closure of all facilities involved in nuclear activities, including the Arak heavy water site, and unfettered access by the International Atomic Energy Agency to all sites and individuals involved in the regime’s nuclear activities. Obtaining the bomb is the key to the regime’s survival. As a result, deception is the name of the game.

Just as President Reagan adopted and applied a Russian proverb: “Trust, but verify” to interactions with leaders of the Soviet Union, Obama would be wise to note an applicable Persian proverb: “He who makes the same mistake twice deserves disillusion.”

The U.S. decisions to promote a policy of engagement with the Iranian regime at the expense of concerns raised by crucial allies has chilled U.S. relations with important global partners.

But turning up the heat on the Iranian regime by abandoning the policy of appeasement is the surest path to a sustainable peace.

Dr. Ivan Sascha Sheehan is director of the graduate programs in Negotiation and Conflict Management and Global Affairs and Human Security in the School of Public and International Affairs at the University of Baltimore