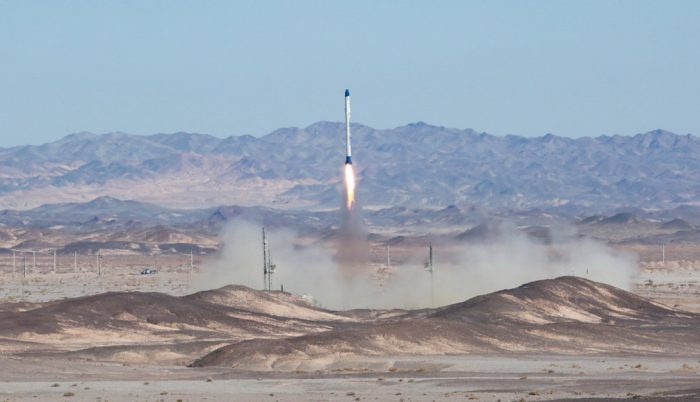 Two years have passed since the Iran nuclear deal was agreed to by the U.S. and other nations and during that time virtually every promise made by the Iran lobby and the Obama administration about moderating the Iranian regime and improving the stability of the Middle East have fallen faster than Twitter’s stock price lately.

The practice of trying to appease the Iranian regime by conceding just about anything the mullahs wanted bought neither stability nor moderation. In fact, the opposite has occurred and places the Joint Comprehensive Plan of Action (JCPOA), as it is more formally known, on par with the Munich Agreement with Adolf Hitler or the Treaty of Versailles in terms of effectiveness.

History has demonstrated over again that rewarding tyranny only invites more tyranny and in the case of the Iranian regime, it has been a textbook case of that lesson.

Thankfully that period of appeasement is finally at an end with passage of a sanctions bill approved by a 97-2 margin targeting Iran, North Korea and Russia and headed to President Donald Trump’s desk for signature.

The U.S. House passed the sanctions package Tuesday in a 419-3 vote, sending the legislation to the Senate. The White House has not definitively said that President Trump will sign the bill, but the measure won a veto-proof majority in both the House and Senate, which makes his approval moot.

At its core is the imposition of economic sanctions on Iran for its ballistic missile program which violates a United Nations Security Council resolution, as well as the JCPOA which prohibited Iran’s development of a ballistic launch system with intercontinental range.

That fact was put on display with the announcement by the Iranian regime of its launching of a satellite into orbit on a ballistic missile.

Iranian state media confirmed the launch of a Simorgh rocket which the Trump administration considers a violation of the JCPOA.

State Department spokeswoman Heather Nauert said the launch appeared to be related to Iran’s attempts to develop ballistic missiles, which is not covered under the nuclear deal but is a subject of protest and sanctioning by the U.S.

“We would consider that a violation of UNSCR 2231,” Nauert said at a briefing with reporters when asked about the launch. “We consider that to be continued ballistic missile development. … We believe that what happened overnight, in the early morning hours here in Washington, is inconsistent with the Security Council resolutions.”

The Simorgh is a two-stage rocket first revealed in 2010. It is larger than an earlier model known as the Safir that Iran has used to launch satellites on previous occasions.

The U.S. National Air and Space Intelligence Center said in a report released last month that the Simorgh could act as a test bed for developing the technologies needed to produce an intercontinental ballistic missile, or ICBM.

“Tehran’s desire to have a strategic counter to the United States could drive it to field an ICBM. Progress in Iran’s space program could shorten a pathway to an ICBM because space launch vehicles (SLV) use inherently similar technologies,” the report said.

Iran’s satellite-launch program falls under the responsibility of the defense ministry, which has denied that the space program is a cover for weapons development, but such denials are silly on its surface since Iran has no civilian space agency.

Clearly the regime is using the guise of “scientific development” to advance its ballistic missile capability, especially now that the mullahs see their advantages disappear under an energized Congress and president intent on rolling back gains made by Iran.

For the mullahs, it is clearly a race now for the regime to develop additional technologies necessary to complete a nuclear delivery system such as heat shields and targeting systems designed to allow a payload to re-enter the Earth’s atmosphere to strike at targets thousands of miles away.

The table is now set for President Trump to walk away from the nuclear deal and news media have reported that he has instructed aides to closely re-examine the deal and evaluate against the regime’s actions over the past two years.

While the Iran lobby was nearly apoplectic over the news, it could not ignore the real possibility that all its hard work in securing the deal is about to be erased like tracks across sand dunes swept away by wind.

Trita Parsi of the National Iranian American Council issued a typically hysterical statement claiming that the president’s call for expanded inspections of Iran’s military installations for nuclear violations was a pretext to war.

“Clearly, facts don’t matter to the Trump administration – their desire to start a war trumps everything. Now, his team appears to be putting his desires into action,” Parsi said.

We advise Parsi to take a Xanax and calm down since his protestations have always been proven false in the past and this latest one is no different.

The fact that the JCPOA excluded large segments of Iran’s military-industrial complex allowed the regime ample room to hide its nuclear activities and the fact that international inspectors are restricted from accessing sites and many sites they were allowed to visit were scrubbed clean of any evidence months in advance shows how wrong Parsi is and how correct the president is in seeking additional inspections.

The Iranian regime predictably reacted with false anger and vitriol at the developments, but could not ignore the fact that the JCPOA is not a treaty and President Trump has wide latitude to simply walk away from the agreement.