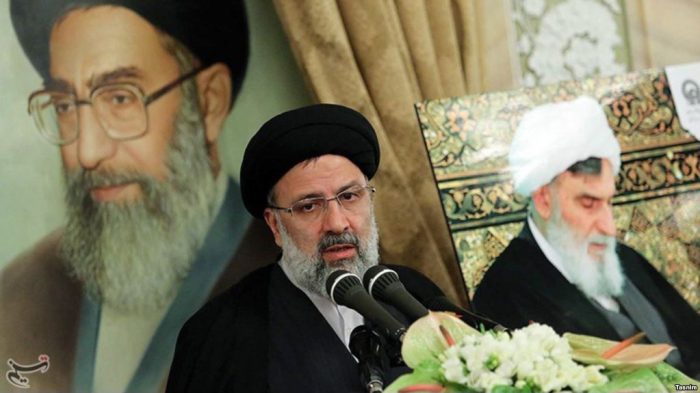 Upcoming Presidential Elections in Iran Just More of the Same

Elections in the Iranian regime are not left up to chance or to the Iranian people for that matter. The ruling mullahs have always wanted a neat, tidy election process that harbors no dissent and provides for no surprises.

In practicality, the mullahs admire the no-contest elections where the ruling elite often hold all the cards. This may explain why Iran has worked closely with North Korea in exporting that regime’s ballistic missile technology, while it seeks to be a major oil trading partner to China and a major arms buyer to Russia.

The history of Iranian elections has been less than spectacular. Last year during parliamentary elections, the regime wiped off the ballots thousands of candidates deemed unsuitable for running. The most common attribute of the eliminated candidates was a disturbing tendency to being a dissident voice.

In the infamous presidential election of 2009, the much-reviled Mahmoud Ahmadinejad was re-elected in what was widely regarded as a rigged election that resulted in massive protests harshly put down by the regime’s military resulting in thousands of deaths, arrests and prison sentences.

The mullahs learned their lesson in 2013 by installing Hassan Rouhani as an affable, cheery candidate in contrast to the typical regime clerical candidate.

Now with presidential elections looming on May 19th, Iran is entering into another familiar cycle of political speculation. Unfortunately, none of it will matter much since the regime’s leadership, led by top mullah Ali Khamenei, controls the councils which will decide who will be allowed to run in the first place.

But the Western media will again make the same mistake as it did before in trying to parse the Iranian regime’s politics into “moderate” and “hardline” camps, of which there are none. Iran has no viable opposition parties and all members and candidates swear the same allegiance to the Shia revolution and Khamenei.

It is akin to essentially trying to find nuances between members of the same Nazi party in World War II-era Germany.

Just because Rouhani likes to use Twitter does not excuse the fact his tenure is marked by the highest rate of public executions ever, putting Ahmadinejad to shame, nor does it make him a “moderate.”

The best example of this mislabeling comes in the form of coverage over the announcement that certain candidates were put forward to challenge Rouhani as being part of the regime’s “hardline, conservative” blocs.

As Reuters described it: “A bloc of conservative Iranian political parties has nominated a powerful cleric as their candidate to run in next month’s presidential election to try to unseat the moderate Hassan Rouhani, Iran’s state news agency IRNA said.

“Seeking to regain the presidency by stopping Rouhani winning a second four-year term, Iran’s powerful hardliners have been gearing up for a showdown in the May 19 vote.”

Five candidates were nominated, including Ebrahim Raisi, a powerful cleric who last year was appointed custodian of the shrine of Imam Reza in Mashhad, Iran’s second city. He also controls what is believed to be the Islamic state’s wealthiest institution: Astan-e Qods Razavi, a religious foundation that owns properties and land across the country.

The 56-year-old cleric has held senior judicial positions, including prosecutor-general. Dissidents accuse him of authorizing a brutal crackdown against the opposition in the 1980s.

The National Council of Resistance of Iran, the largest Iranian dissident groups, detailed Raisi’s bloody history on behalf of the regime.

“In 1988, when he was Deputy Prosecutor of Tehran, he was one of the four individuals who Khomeini appointed to carry out his order to massacre the activists of the People’s Mojahedin Organization of Iran (PMOI/MEK). During that massacre, 30,000 political prisoners, who were primarily from the PMOI, were executed within a few months. An audio tape surfaced last summer, after 28 years, of Hossein-Ali Montazeri, Khomeini’s designated successor at the time, meeting with the ‘death committee’ in Tehran, including with Raisi, about 20 days after the start of the massacre. Montazeri told them that these executions were the biggest crimes committed by the Islamic Republic,” the NCRI said in a statement on its website.

In that meeting Montazeri talked about how pregnant women and 15-year-old girls were executed during the massacre. Those who attended the meeting (including Raisi) condoned the mass executions. It was subsequently exposed that Raisi was the most active and most ruthless member of the committee. The audio file of the meeting between Khomeini’s then-successor and the “death committee” also corroborated this reality, the NCRI added.

The Guardian Council, a powerful body controlled by Khamenei, will announce later this month which candidates are qualified to contest the election. All contenders must be deemed loyal to the Islamic republic and the final candidates appearing on the ballot will go a long way in showing what Khamenei’s thinking is moving forward for the regime.

Raisi’s elevation and election to president could very well set him up as the successor to Khamenei which from the perspective of the mullahs makes sense since he is a steadfast loyalist to preserving the mullahs power and has demonstrated a willingness to massacre dissidents and rivals.

All of which does not bode well for the future of the Iranian people.