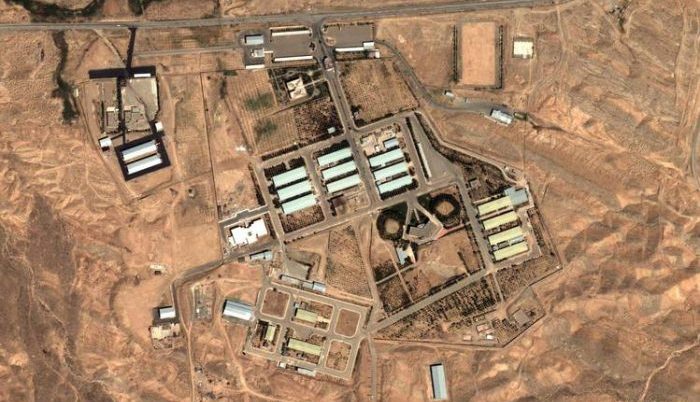 The Wall Street Journal reported the discovery of uranium particles at the Iranian regime’s secretive Parchin military facility during inspections last year which tied the regime to its past, covert nuclear weapons program contradicting the arguments made by the mullahs in Tehran and the Iran lobby that it was not developing nuclear weapons.

Traces of man-made uranium were found at the Parchin facility, southeast of Tehran, by investigators from the International Atomic Energy Agency, the United Nations’ nuclear watchdog, as part of an investigation tied to the landmark nuclear deal reached last year.

The regime long claimed the site was only used for developing and testing conventional weapons; not nuclear ones, but the particles are the first physical evidence—on top of satellite imagery and documents from defectors and dissident groups—to support the charge that Iran had been pursuing a bomb there in the past.

Unsurprisingly, the U.S. administration didn’t comment about the uranium in December when the IAEA released its report; the finding got only one brief mention in the 16 pages. The lack of attention could be attributed to the administration’s recent efforts to appease the regime and not rock the boat with any embarrassing disclosures giving ammunition to critics of the nuclear deal.

But in recent interviews, current and former U.S. officials asked about the uranium finding said the working assumption now is that it is tied to nuclear weapons development that Iran is believed to have pursued more than a decade ago.

The fact that the IAEA discovered the particles even after the regime had engaged in a massive clean and sanitizing effort at the Parchin site, which included the removal of tons of topsoil and dismantling of all infrastructure that may have been exposed to radiation, leaves the impression that the size and scope of Iranian nuclear activities there were extensive. Much of that clean-up effort was documented on satellite imagery.

According to the Journal, the man-made uranium found at Parchin, which has only low-levels of fissionable isotopes, can be used as a substitute for weapons-grade materials in developing atomic bombs, according to nuclear experts. It can also be used as component in a neutron initiator, a triggering device for a nuclear weapon.

While the Obama administration has refrained from making an issue of the uranium discovery, the fact of its existence buries a key argument made by the Iran lobby groups such as the Ploughshares Fund and National Iranian American Council that the Iranian regime was not engaged in any nuclear weapons development.

The significance of exposing that lie by the lobby, coupled with recent admissions from national security staffer Ben Rhodes of the creation of an “echo chamber” built on falsehoods to support the nuclear deal, shows that the basis for the nuclear deal was clearly false.

It also means that at a fundamental level, the Iranian regime cannot be trusted.

Jennifer Rubin, writing in the Washington Post’s Right Turn column, put in correctly when she called the willful ignorance of the evidence of uranium a “bait and switch” approach to negotiations.

“After the administration repeatedly promised Congress and the American people that Iran would need to reveal possible military dimensions (PMDs) of its nuclear program, the final deal did not do so. The administration claimed it was unrealistic to expect Iran to come clean, and besides, we would know everything about Iran’s program. Now we know at least at Parchin there is evidence of precisely what we suspected all along. What we do not know — because the administration let Iran off the hook — is the extent of that program, other sites that might have been used and any information that would have come had the IAEA been allowed to interview scientists,” she writes.

“It should be clear to both Democrats and Republicans that the Iran deal allowed Iran to escape scrutiny of past violations and left plenty of room to maneuver and evade future inspections. It should likewise be clear that fear of losing the deal has led the administration to countenance Iran’s non-nuclear misbehavior. With a new president should come a new Iran policy, one that halts new concessions (e.g. dollar transactions), applies new economic pressure and, where possible, claws back concessions the prior administration made. If nothing else, a tougher stance against Iran will persuade our Sunni allies that we have stopped deluding ourselves about the nature of the Iranian regime,” she adds.

It is clear that if there is to be any meaningful accountability of the Iranian regime, it will have to come from a new incoming administration which has been freed from any preconceived notions of believing in the fairy tale of a moderate Iran and benevolence within the mullahs in Tehran.

Next month, Iranian dissident groups will gather in Paris to hold a gathering aimed at demonstrating the vast opposition to the Iranian regime and give voice to all those who have suffered, been tortured and died at the hands of the mullahs. Many of these groups have helped supply international authorities with the evidence implicating the regime in nuclear weapons development.

It is only right the world give them the same attention it gave the Iran lobby during negotiations last year now that we know the real truth about Iran and nuclear weapons development.