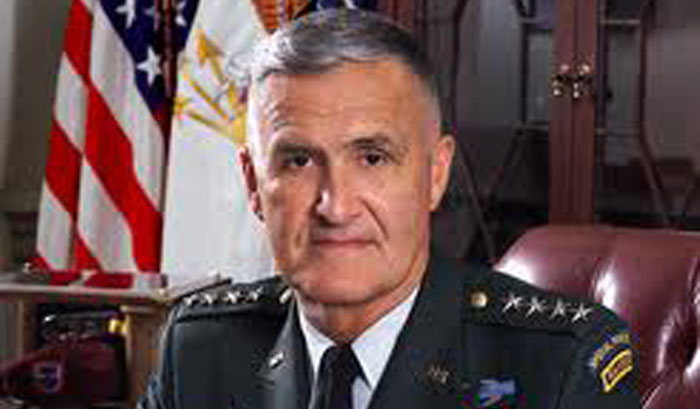 Tehran and its militias from Iraq

This week, President Obama announced his strategy for countering the threat of the Islamic State to the stability of the Middle East and, increasingly, to the US homeland. He offered a combination of tactics, including going on the offense to hunt down Islamic State members and assets, as well as building international coalitions to provide military and humanitarian support and to counter the nihilistic propaganda of the jihadist group.

According to the administration, many regional actors will play a part, including Saudi Arabia and the United Arab Emirates. Secretary of State John Kerry had even hinted that Iran should be enlisted. That would be a dangerously naive mistake. Draining the swamp in which the Islamic State grows and thrives — radicalized sectarian conflict — requires the United States to challenge, not embrace, Tehran.

To defeat the Islamic State, or ISIS, we must understand it. To understand it, we must assess the situation on the ground in the wake of the US invasion of Iraq in 2003. In the post-Saddam vacuum, sectarian forces were unleashed and sowed the kind of violence and chaos that presaged the Islamic State. While the discord in Iraq was quelled by the US-led surge, the sectarian fissures were exploited at every turn by Iran to ensure that its historic enemy now became its quiescent client state. This objective was achieved spectacularly under the disastrous, pro-Tehran Prime Minister Nouri al-Maliki. In the absence of the US deterrent, violent sectarianism is resurgent, with the Islamic State the worst of the lot.

While the Islamic State has only recently swept into the headlines due to its organizational strength and its barbarity, Iran has been and remains the key threat to the region and to the United States due to its nuclear ambitions, its ongoing sponsorship of international terrorism, and its quest for regional hegemony. Dealing with Iran can help choke off the Islamic State, and the ongoing nuclear negotiations between Iran and the six major powers are the right place to apply the pressure.

The negotiations are stuck. Nothing thus far has pointed to a reversal of Iran’s nuclear intent or capability. Indeed, Iran has made its red lines for a final agreement absolutely clear. It will not under any circumstances reduce its uranium enrichment capability or even commit to keeping it at current levels. It will not consider any suggestion that it limit its ballistic missile stockpiles. The head of the Atomic Energy Organization of Iran has even warned that Iran may walk away from its negotiations with the IAEA if the UN doesn’t agree with its assessment of when it has provided enough information about the nuclear program.

So why then has Tehran offered its assistance to the United States in tackling the Islamic State? A change of heart is unlikely. Tehran is a rational player that acts out of self-interest. In my view, the Iranian regime is seeking to lure Washington into cooperation in Iraq, with the pretense of fighting terrorism, in order to win more concessions during nuclear negotiations. By doing so, it will recoup its recent losses in Iraq while preserving its nuclear program. Washington must not fall into that trap.

Instead, the United States must deny further concessions (billions of dollars have already been “unfrozen” by the West and poured into the regime’s coffers) and use the negotiations and all other leverage to keep Iran out of Iraq (and Syria’s) affairs, so that those countries can have a chance to stabilize and chart new national destinies.

The Iranian opposition leader Maryam Rajavi was correct in saying, “While confronting [the Islamic State] is absolutely necessary, attempting to thwart it would ultimately prove fruitless unless it is accompanied by evicting the Iranian regime and its affiliated terrorist groupings from Iraq.”

Part of President Obama’s solution to the Islamic State should be to “evict” Tehran and its militias from Iraq. That would give the new leadership in Baghdad a real and tangible opportunity to form an inclusive government. In fact, the litmus test for Iraq’s new leaders is their ability to distance themselves from the regime in Tehran and treat the Iranian dissidents in Iraq humanely. Failure to do so would have long-term consequences that would prove to be much more catastrophic.

General Hugh Shelton was chairman of the Joint Chiefs of Staff from 1997 to 2001.