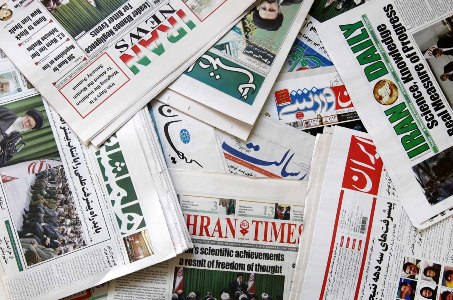 The sunset is fast approaching on the Obama administration, and with it will come significant changes in the US foreign policy approach to the Middle East and Iran in particular. The mullahs learned their lesson from the two disastrous terms of Mahmoud Ahmadinejad who made it easy to caricature the regime as slightly crazy and evil.

Their manipulation of the election ballot in 2013 assured Hassan Rouhani’s election and helped assist the Iran lobby in trying to project an image of moderation to the West; even though Rouhani’s first term has actually been bloodier than Ahmadinejad’s ever was.

Rouhani has outpaced Ahmadinejad with an unprecedented wave of executions and mass hangings that is approaching 3,000, including women and children according to Amnesty International. His crackdown on religious minorities, journalists, dissidents, artists and students has rivaled the abuses of the infamous 2009 protests.

With the upcoming election of a new US administration, the mullahs are intensely interested in the election outcome, as well as preparing the ground to keep the policies of appeasement rolling in exchange for the false hope that Iran will curb its nuclear ambitions.

The deployment of the Iran lobby has been largely aimed at helping Senators and candidates deemed favorable and supportive towards the nuclear deal, as well as continue coaxing journalists to view the Iranian regime with less than suspicion.

Meanwhile in Iran itself, regime news outlets have been giving considerable space and airtime to the presidential campaign, especially with the rhetoric rising sharply about the effects of the nuclear deal and the best approach needed by a new president to restrain and control the Islamic state.

There is no doubt that Americans and Europeans are anxious about the state of the Middle East, especially the three wars being waged with deep support from the Iranian regime in Syria, Iraq and Yemen, which have contributed to an unprecedented wave of refugees flooding into Europe and the US.

Kayhan daily, whose editor is appointed by the country’s supreme leader, called the debate “a contest in Iranophobia” in which “Trump threatened to attack Iran and Clinton continued to stress the political and economic pressures against Iran.” Though it didn’t mention Mrs. Clinton’s defense of the Joint Comprehensive Plan of Action’s diplomatic approach.

Hamid Reza Assefi, a former spokesman for the regime’s Foreign Ministry, commented in an op-ed for the Shargh Daily on the likely effect of the US election on Iran. He concluded, “Because of the special rules and the internal sensitivities surrounding the election in Iran … external issues will have no effect.”

He also wrote, “The truth is, both parties in the Unites States share the same opinion on the general aspects of the conflict with Iran.”

On that point he is correct. In spite of the round the clock efforts by the Iran lobby at trying to drive a wedge in the US electorate and attempting to peel off Democratic support, the truth is the vast majority of American voters remain deeply suspicious of the Iranian regime and both Democrats and Republicans are less inclined to accommodate Iran’s agenda after the bloody year since the nuclear deal was reached.

A senior international policy analyst for the RAND Corp., wrote in Fox News that with “the continuing climate of repression, the next Iranian presidential election, and (Ali) Khamenei’s eventual demise may provide some important opportunities for America’s next president.”

“The next U.S. president is likely to be met with multiple international crises after assuming office, and Iran may be one of the most challenging of them,” he writes. “In theory, Rouhani, often portrayed as a ‘moderate’ by the Western media, would have been strengthened by the agreement and able to pursue his agenda of liberalizing Iran both economically and politically. In reality, Rouhani’s presidency has failed to deliver on most of his promises.”

The laundry list of provocative actions by the Iranian regime over the past year has clouded any real building of support for the mullahs by the Iran lobby. The recent spate of arrests of dual national citizens and Rouhani’s reaffirmation that Iran does not recognize dual citizenship on NBC News only provides more fodder for critics of the regime.

The significance of Iran to US policy is becoming more apparent as more analysts and policymakers weigh Iran’s influence and threat level even above that of ISIS. In an editorial in the Los Angeles Times, writes that:

“US political leaders of both parties argue that destroying Islamic State is America’s top priority in the Middle East. In reality, that’s not nearly as important as confronting the challenge posed by Iran. The nuclear deal that went into effect a year ago may have postponed the danger of an Iranian nuclear bomb, but the multifaceted threat of a militaristic, messianic Iran — 80-million strong — is much more menacing to Western interests than the Sunni thugs and murderers of Raqqah and Mosul.”

“From Tehran’s perspective, it gained much more than it gave up. In exchange for postponing its military nuclear project, it achieved the lifting of many economic sanctions, an end to its political isolation and the loosening of restrictions on its ballistic missile program,” he added.

Truthfully, time is running out for the mullahs. We can only expect that the next president and administration will have a more skeptical eye towards the Iranian regime with the benefit of 20-20 hindsight.