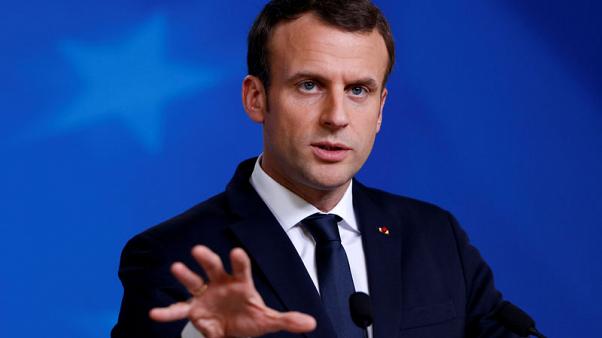 US Pressure on Iran Missile Program Pushing Europe to Act

The Trump administration has been applying diplomatic pressure on the Iranian regime over its ballistic missile program and support for terrorism and has consistently raised the specter of invalidating the Iran nuclear deal by certifying the regime as being out of compliance with its provisions.

For those efforts, the administration has been roundly and harshly criticized by the Iranian regime’s allies, especially within the Iran lobby by groups such as the National Iranian American Council and individuals such as Seyed Hossein Mousavian, a former regime nuclear official who now masquerade’s as an academic at Princeton University.

The vitriol being thrown at the administration over this new pressure on Iran has only been matched by the depth and breadth of misinformation and fake news being pumped out by the Iran lobby.

What is becoming clear though is that the central issue at the heart of the Trump administration’s complaints—that Iran’s ballistic missile program posed a serious international threat and its support of terrorist groups such as Hezbollah was destabilizing the Middle East—have finally gotten the attention of European leaders and serious traction throughout European capitals.

During the Obama administration’s negotiation of the nuclear deal, little emphasis was placed on Iran’s missile program, nor its abysmal human rights record or support for terrorism. That lack of negotiating prowess essentially left the Iranian regime off the hook and gave it carte blanche to rapidly build its missile program and gain strongholds in Syria, Iraq and Yemen through proxy wars.

Many EU leaders that had lauded the nuclear deal as paving the war towards Iranian moderation have been left in more precarious political situations as nearly four million Syrian refugees flooded into Europe in the greatest refugee crisis since World War II and cities such as Paris, Berlin and Brussels were rocked by terrorist acts inspired by the Islamic extremism espoused by the mullahs in Tehran.

That has forced many of them to make a decision to head off a potential move by the Trump administration to kill the nuclear deal and that is to apply more pressure on the Iranian regime on these issues they once considered unimportant.

One example has been French president Emmanuel Macron, who has taken a more public and aggressive stance towards Iranian military actions and human rights.

Macron told the Iranian regime’s Hassan Rouhani in a telephone call this weekend of his support for the nuclear accord and his concerns over Iran’s other activities according to the Financial Times.

Jean-Yves Le Drian, French foreign minister, is due to hold further talks in Tehran on Monday as the clock ticks towards a May deadline set by the US president for European countries to “fix” the nuclear agreement.

The EU and the bloc’s three signatories to the deal — France, Germany and Britain — are urgently trying to craft a solution that will placate the Trump administration’s without destroying an accord they argue is working.

Macron also asked for “clear responses” from Iran over “problems” outside the deal relating to its ballistic missile program and its destabilizing role in the region, particularly in Lebanon.

France’s foreign minister, Jean-Yves Le Drian, will visit Tehran this week and call upon the regime to address the West’s misgivings about its ballistic missile program and Middle East military activities, according to Reuters.

“Despite Tehran’s quest for regional control, popular protests in December and January showed that most of the nation’s citizens don’t share their leaders’ designs. The regime’s destabilizing actions have also triggered resistance from Saudi Arabia and other regional powers. Iran’s own citizens and neighbors are convinced of Tehran’s malice, and all concerned nations should heed their warning,” Aznar and Harper wrote.

“Thankfully, the U.S. has demonstrated its ability to rally its Middle Eastern partners in stabilizing the region. Iranian theocracy appeals mainly to a few neighboring Shiite Islamic factions, and Iran’s long-term conflicts with other sects have made many states eager to cooperate in restraining its influence. Numerous allies can be mobilized in the struggle against Iran, from the Kurds and tribal elements to many Sunni Arabs and Shiite forces not co-opted by Tehran. These factions must collaborate to contain Iran’s hegemonic ambitions,” they added.

They go on to warn that “if left unchecked, Iran’s aggression will ultimately threaten Europe and North America as well. All should urgently work together to counter this threat to global security.”

Their warnings should be heeded by the EU since the evidence has been so overwhelmingly against the claims of the Iran lobby and the Iranian regime.

The most serious threat facing the U.S. and in its allies is the high probability that Iran is quickly building permanent military bases in Syria and planning to move ballistic missiles there; placing most of Europe within range and providing almost no warning time for regional rivals Saudi Arabia and Israel any advance warning to detect, let alone shoot down, any Iranian missiles.

President Trump understood the geopolitical ramifications of the Iran nuclear deal better than anyone and now sees its potential certification as battering ram he can use to drive home the point of the threat Iranian regime missiles and its military poses to Europe.

It remains to be seen how many other European nations heed the wake up that French president Macron seems to be trumpeting more urgently now, but we hope they all take action soon.