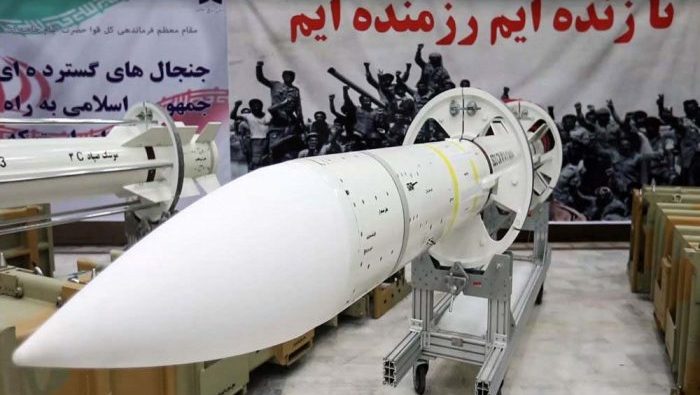 US Sanctions Set to Begin as Iran Threatens Hostages

In a sign of not-so surprising bipartisan agreement in the highly charged partisan atmosphere of Washington, DC, Republican and Democratic lawmakers announced an agreement on legislation that will impose new sanctions on the Iranian regime, North Korea and Russia.

To say that there is very little Republicans and Democrats agree on today would be a colossal understatement, but it is clear dealing with Iran and North Korea has moved to the forefront because of their respective ballistic missile programs and Russia for alleged interference in U.S. elections.

The decision of how best to deal with Iran and North Korea seems to be about the only issues that draws popular and wide-ranging support from both sides of the political aisle; much to the consternation of the Iran lobby.

One of the most consistent arguments made by Iran supporters such as Trita Parsi of the National Iranian American Council has been the idea that the issues such as Iran’s nuclear program should be addressed separate and apart from ballistic missiles, human rights or sponsorship of terrorism.

The Obama administration followed through on that idea by not conditioning the nuclear agreement on those “side issues,” but all that did was enable the Iranian regime to act on all of those issues with impunity and a sense of invulnerability seeing how the U.S. would be unwilling to jeopardize the agreement no matter how egregious the actions by the regime.

It was a similar scenario that followed North Korea and sanctions were ramped up with each North Korean aggressive action only to be traded for concessions which enabled yet another round of militancy.

Tyrannical regimes soon figured out that if you wanted to get something from the Obama administration, you just had to act a little crazy and you would get it or have the U.S. back down; i.e. never crossing that “red line in the sand.”

Not coincidentally, that separation of issues doesn’t work both ways according to the Iran lobby. If the U.S. could not criticize or act against the regime for its conduct on ballistic missiles or human rights, then the U.S. could also be criticized for acting on its own against Iran for any of those issues.

Parsi and his colleagues have also chimed in that imposing sanctions on Iran for human rights violations is a separate issue and would only jeopardize the nuclear agreement. Its collapse would only force an arms race and speed up Iran’s path to the bomb.

Unfortunately for them and other supporters of the Iran regime, that is exactly what the U.S. Congress has done with this bill. It has finally acted on imposing sanctions separate and apart from the conditions of the nuclear deal—just as the Iran lobby demanded before.

Even the Los Angeles Times editorial board, long an advocate of the nuclear deal, agreed that issues such as ballistic missiles and support for terror groups such as Hezbollah ought to be addresses separately and so they have at last.

The House is set to vote on Tuesday on a package of bills on sanctions covering Russia, Iran and North Korea, according to House Majority Leader Kevin McCarthy’s office. The measure will “hold them accountable for their [alleged] dangerous actions,” McCarthy claimed in a statement on Saturday, Reuters reported.

The legislation would also impose sanctions on Iran over its ballistic missile development program and its activities in the region, especially the support provided by Iran’s Revolutionary Guard Corps for Tehran’s allies in their campaigns to fight in Syria.

Senate Democratic leader Chuck Schumer said a strong sanctions bill is “essential”, and said in a statement that he expects “the house and senate will act on this legislation promptly, on a broad bipartisan basis.”

The bills are now shaping up as only the opening chess move between President Trump and the mullahs in Tehran as he has demanded the release of imprisoned Americans in Iranian jails, which received a similar demand from Tehran for the release of Iranians convicted on charges related to the attempted export of nuclear materials.

In the arena of prisoners and hostage taking, Iran and North Korea are again joined at the hip in terms of tactics since North Korea imprisoned and then released American Otto Warmbier who was released and died as a result of severe injuries suffered in what was described by medical officials as torture or savage beatings.

Iran has similarly detained Americans, Canadian and European citizens and subjected then to torture that has been widely documented and condemned by human rights and Iranian opposition groups such as Amnesty International.

In the face of the American action, the Iranian regime predictably announced the launch of a new production line to mass manufacture a new version of its Sayyad-3 air defense missile in a photo opportunity moment to shake the spear so-to-speak and warn against any efforts to attack Iran.

The Sayyad 3 missile can reach an altitude of 16 mile and travel up to 74 miles, Iranian defense minister Hossein Dehghan said at a ceremony, as reported by Reuters. The missile is copied after similar Russian designs.

The implied threat by Iran was again the tired old line that the only inevitable outcome of the dispute between itself and the U.S. had to lead to war. For the Iran lobby and Iranian regime, rattling the saber and banging war drums seems to be about their only response to the issue of increasing sanctions aimed at the threat posed by Iran’s missile fleet.

But as Harry J. Kazianis, director of defense studies at the Center for the National Interest, pointed out in a Fox News editorial, the close working relationship between North Korea and Iran only means Iran will be able to deploy nuclear weapons on its missiles even more quickly in spite of the nuclear deal.

“Many experts have been warning for years now that Tehran and Pyongyang have been trading missile technology. If the Trump administration doesn’t act fast it won’t be just the hermit kingdom that has nukes that can strike at targets thousands of miles away” Kazianis writes.

It is clear that the best possible solution is to continue moving forward with sanctions against Iran and North Korea and reverse the damage done by President Obama’s eight years of appeasing the Iranian regime.