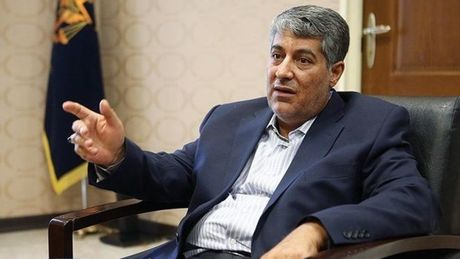 US Steps Up Sanctions Against Iran Prison Industry

Each passing day seems to bring more evidence that the Trump administration intends to chart a very different path than the Obama administration when it comes to dealing with the Iranian regime.

The first clue was the harsh rhetoric directed at the mullahs and the nuclear agreement, as well as the multi-billion dollar payment made by the Obama administration as part of the deal.

Then came the first series of sanctions in response to Iran’s launching of ballistic missiles; a move the Obama administration did not make for fear of upsetting the mullahs and threatening the nuclear deal.

Next came the cruise missile strike against a Syrian airbase in response to a chemical attack against civilians, including young children and infants.

In less than three months, President Trump has acted aggressively and swiftly against Iran and its interests in Syria in a bold departure from the feckless policies of trying to appease the mullahs in Tehran practiced by President Obama.

Now the Trump administration is leveling new economic sanctions against senior Iranian officials and its prison system for widespread human rights abuses, including the systematic torture of those being held in these facilities, according to White House officials familiar with the matter.

The latest sanctions target the Tehran Prisons Organization and Sohrab Suleimani, a senior official in the prison system and the brother of Qassem Soleimani, a senior Iranian military figure responsible for operating Iran’s rogue activities in Syria and elsewhere.

Sohrab Soleimani is responsible for overseeing Iran’s notorious Evin Prison, which is known for torturous interrogations, forced interrogations, and widespread mistreatment of inmates.

The latest sanctions are certain to rankle Tehran, already the subject of a range of new sanctions under the Trump administration, which is currently conducting a widespread review of all matters related to the landmark nuclear agreement.

A senior official on the White House National Security Council told the Washington Free Beacon that the Soleimani family has a history of fomenting violence and unrest both inside and outside Iran.

“It’s no coincidence that Sohrab Suleimani is the brother of the notorious Qasem Soleimani, the head of the IRGC’s Quds Forces, who has been responsible for so much of the violent disruption Iran has been spreading through the region,” said the official, who was not authorized to speak on record.

U.S. intelligence agencies believe Gen. Soleimani is overseeing Iran’s military operations in Syria, which are designed to prop up the regime of President Bashar al-Assad. The U.S. and its Middle East allies also said they have seen Gen. Soleimani’s hand in Revolutionary Guard military activities in Iraq, Yemen, Lebanon and the Palestinian territories.

Iranian human rights abuses have only grown under the leadership of so-called reformist President Hassan Rouhani, the official said. This includes the detention of U.S. citizens

“There has been a disturbing and significant increase in the number of detentions and executions of Iranian citizens under President Rouhani, and the infamous Evin Prison under Sohrab Suleimani’s control has been a key facility in this program of domestic repression,” the official said.

The Trump administration is holding meetings with the family members of American citizens still being detained in Iran and believed to be subjected to torture.

Soleimani’s role in Iran’s prison system makes him one of the foremost human rights abusers worldwide.

Soleimani oversaw an April 2014 incident at the Evin Prison in which dozens of security guards and prison officials beat a number of political prisoners. The attack is believed to have lasted several hours and impacted more than 30 prisoners. Many of these prisoners were later denied medical treatment.

Evin Prison is home to large number of Iranian political dissidents and other government opponents, who are routinely shut down and arrested by the Iranian regime for political activities targeting those in power.

The sanctioning of someone so central to the regime’s enforcement system against dissidents and a family member to a key figure in Iran’s military represent a significant escalation in attempts to push and contain the Iranian regime’s influence.

More importantly, the move once again highlights human rights as a central policy concern for the U.S. moving forward and redefines the need for the regime to improve its human rights practices.

U.S. lawmakers have been calling in recent week for the U.S. to further impose sanctions on Iran for its nonnuclear activities. They specifically cited Iran’s continued detention of four U.S. nationals and two U.S. green-card holders as justification for more penalties. Iran has accused most of these Americans of espionage, a charge they have denied.

A bipartisan group of U.S. lawmakers wrote Treasury Secretary Steven Mnuchin last week and noted that Iran hadn’t been sanctioned for any human-rights violations since the nuclear agreement was reached in July 2015.

“Failing to sanction individuals and entities committing flagrant abuses of human rights against the Iranian people not only goes against our most cherished values and principles but also undermines the credibility of our government,” they wrote.

This is an important step, but it’s only a step forward to finally bringing hope and democracy back to the Iranian people. We can only hope the pressure continues to build through next month’s presidential election in Iran.