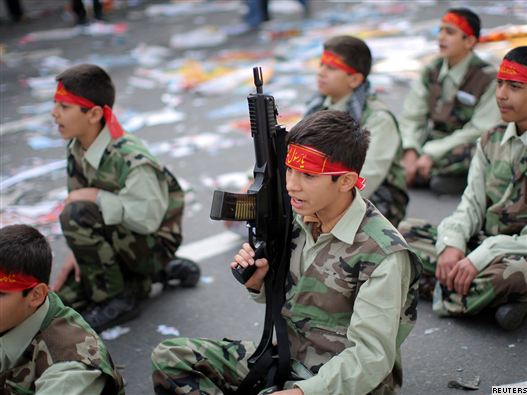 Human Rights Worsen in Iran and so Does Accountability

For anyone who has been involved in an intervention with a loved one who has battled alcoholism or some other addiction, the first thing you need to do is get them to admit they have a problem in the first place.

Only when you admit your behavior is self-destructive and puts everything you hold dear at risk can you take the first steps toward recovery. In the case of the incorrect and bad bets the Obama administration has made in making efforts to appease the Iranian regime, admitting it has a problem seems to be difficult if not impossible.

Within weeks of completing its nuclear deal with the Iranian regime, the U.S. recanted on earlier claims of “anytime, anywhere” inspections; giving the regime what amounted to a free pass in bypassing suspected military sites from international inspections.

When Iranian regime leaders such as Hassan Rouhani begged Russia to intervene in Syria and save Assad and its forces from collapse, the Obama administration demurred and hoped for a political solution even as Russian warplanes attacked Syrian rebel factions backed by the West and failed to target ISIS and other extremist targets.

As Iran began launching ballistic missiles in violation of international sanctions and bipartisan members of Congress offered legislation to punish Iran for it, the administration threatened to veto any of those bills in the belief that the entire deal would collapse.

It is debatable as to whether or not the administration pursued this policy based on the pervasive influence of the Iran lobby and its efforts to pollute the storyline or the misguided belief that a collapse of the deal would cause even worse harm.

In Syria, Iran was flailing and Assad was on the brink of being toppled until the infamous red line in the sand was crossed with chemical weapons and Assad was allowed to stay in power resulting in the deaths of a stunning 400,000 Syrians and half of the country’s population turned into refugees.

In the implementation of the nuclear deal, the U.S. had all the leverage to hold the regime accountable since it needed the deal badly to open access to foreign markets, hard cash and allow it sell oil back on the open market, but the ability to finally crack open Iran’s military facilities was lost, as was an effort to rein in its support for terrorism and halt the rise in human rights violations.

Now Secretary of State John Kerry has met with a consortium of European banks in the awkward position of trying to “sell” them on making new investments in Iran and putting potentially billions of dollars and euros at risk in the regime.

According to the Wall Street Journal, the meeting, which followed repeated complaints by Iranian officials that they aren’t getting the benefit of the bargain under the nuclear deal, was an effort by the State Department to persuade major non-U.S. banks that doing Iran-related business is not only permitted following the relaxation of Iran sanctions, but is actually encouraged.

The irony will not be lost on these financial institutions. Most of them were similarly gathered almost 10 years ago by U.S. Treasury Secretary Henry Paulson to discuss Iranian banking matters, but that discussion focused on protecting the integrity of the global financial system against the risk posed by Iran.

No one has claimed that Iran has ceased to engage in much of the same conduct for which it was sanctioned, including actively supporting terrorism and building and testing ballistic missiles. But the fact that Washington is pushing non-U.S. banks to do what it is still illegal for American banks to do only demonstrate the desperation of the Iran lobby as it seeks to sway the story that Iran is still acting “moderately.”

Even though Washington has warned repeatedly that the Revolutionary Guard Corps controls broad swaths of the Iranian economy and it remains sanctioned by both the U.S. and the EU because of the central role it plays in Iran’s illicit conduct, the U.S., EU, and U.N. removed sanctions from several hundred Iranian banks and companies even though there were no assurances that the conduct of those banks and companies had changed.

The fact that the vast majority of these financial institutions are still reluctant to do business in Iran is less an indictment of Secretary Kerry’s sales skills, as much as these banks are fearful the mullahs cannot be trusted not to continue engaging in activities that will force the world to re-impose aggressive sanctions since empowering “moderates” has proven to be useless. Not to mention the risks involved in investing in to a bankrupt economy.

Last week, more than 100 Iranian members of the parliament urged Iran’s Hassan Rouhani to abandon the nuclear agreement and resume past nuclear activities if the U.S. goes ahead w ith its plan to distribute the court-approved terror funds, according to Iran’s Press TV.

Iran’s top mullah, Ali Khamenei, last month accused the United States of “deception” to obstruct international trade with Iran. The U.S. agrees “on paper” to allow foreign banks to do business in Iran, “but in practice they create Iranophobia so no one does business with Iran,” Khamenei said, according to the Tehran Times.

Under the nuclear agreement, “we are fully permitted to take independent actions with respect to” ballistic missiles, terrorism and human rights — “and we will,” Cardin told USA TODAY. “Congress is prepared to support the administration, and if it’s needed we will strengthen those tools.”

All of which goes to prove that European banks are correct in being reticent about re-entering the Iranian market and should refrain from doing business with the regime no matter what Kerry says.

It also is a clear signal of the Iran lobby’s desperation to keep the finger in the dike as pressure mounts in hold the Iranian regime accountable for the growing number of militant acts it undertakes.