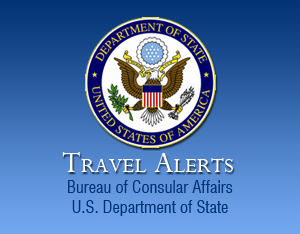 In what is becoming annual rite of summer, the U.S. State Department on Monday issued a warning urging U.S. citizens to avoid traveling to Iran. This latest advisory, which emphasizes Iran’s desire to capture U.S. citizens, comes on the heels of a growing scandal over the Obama administration’s decision to pay Iran $400 million in cash on the same day that it freed several U.S. hostages, according to the Washington Free Beacon.

The new warning replaces an existing one the department issued on March 14, 2016 and reiterates and highlights the risk of arrest and detention of Americans, particularly dual national Iranian-Americans, which the Iranian regime does not recognize.

“Iranian authorities continue to unjustly detain and imprison U.S. citizens, particularly Iranian-Americans, including students, journalists, business travelers, and academics, on charges including espionage and posing a threat to national security,” the advisory said.

“Iranian authorities have also prevented the departure, in some cases for months, of a number of Iranian-American citizens who traveled to Iran for personal or professional reasons. U.S. citizens traveling to Iran should very carefully weigh the risks of travel and consider postponing their travel. U.S. citizens residing in Iran should closely follow media reports, monitor local conditions, and evaluate the risks of remaining in the country,” the advisory added.

The advisory goes on to warn of the threats posed to religious minorities and a wide range of other classifications of individual at risk of arrest, harassment and detention by regime authorities.

“The Iranian government continues to repress some minority religious and ethnic groups, including Christians, Baha’i, Arabs, Kurds, Azeris, and others.  Consequently, some areas within the country where these minorities reside, including the Baluchistan border area near Pakistan and Afghanistan, the Kurdish northwest of the country, and areas near the Iraqi border, remain unsafe.

“Iranian authorities have detained and harassed U.S. citizens, particularly those of Iranian origin. Former Muslims who have converted to other religions, religious activists, and persons who encourage Muslims to convert are subject to arrest and prosecution,” the advisory said.

Despite the warning, Iran remains a tourism destination for some with The New York Times offering two-week trips to Iran several times a year. It is noteworthy that the Times has long been an editorial supporter of accommodating the Iranian regime as part of the Obama administration’s echo chamber of support.

The warning flies in the face of the all of the claims made by the Iran lobby during the nuclear talks last year when prominent advocates for the regime such as Trita Parsi of the National Iranian American Council, bloggers Ali Gharib and Jim Lobe, all promised a more moderate and stabilizing Iranian regime.

Clearly the opposite has happened if the U.S. government has to update warnings about its citizens being kidnapped by the Iranian government and then warning that it can do little to help you out if you are taken hostage.

Top that level of aggressive militancy with new announcements by the Iranian regime of is newly grown military muscle which it puts on display with the glee of a child showing off a new bicycle.

The regime released images of its first domestically built long-range missile defense system on Sunday, a project started when the country was under international sanctions.

The system was designed to intercept cruise missiles, drones, combat aircraft and ballistic missiles, according to earlier statements by Dehghan. He claimed that Iran’s missile range capabilities have been expanded by two to three times across its arsenal. The upgrades now give Iran’s current stock of cruise missiles the ability to hit targets 62 miles off its coast, easily putting ships traveling through the Persian Gulf’s Strait of Hormuz at risk.

Rouhani said in a televised speech on Sunday that Iran’s military budget had more than doubled compared with last year.

“If we are able to discuss with world powers around the negotiating table, it is because of our national strength” he said.

Rouhani also unveiled the first Iranian-made turbo-jet engine on Sunday, saying it was capable of flight at 50,000 feet.

“The Islamic republic is one of eight countries in the world who have mastered the technology to build these engines,” Rouhani said.

The new missile was developed as a response to the suspension of delivery of a Russian-made S-300 missile system because of earlier sanctions, but with those sanctions lifted because of the nuclear agreement, Russia completed delivery of the advanced weapons system this year.

Dehghan also boasted on regime television that the regime would also negotiate with Russia to acquire its sophisticated Sukhoi fighter and attack aircraft to bring its air force capability for long-range force projection and air combat against the more sophisticated air forces of regional rivals such as Saudi Arabia and the Gulf states.

Iran has also discussed with Russia the production licensing of the Russian T-90 tank inside Iran. The focus of the Iranian regime is on acquiring the capability and technology to produce the systems in-country rather than depending on the mood of the Kremlin to sell Iran weapons.

The world should be aware now that the Iranian regime’s intentions are anything but peaceful and moderate.