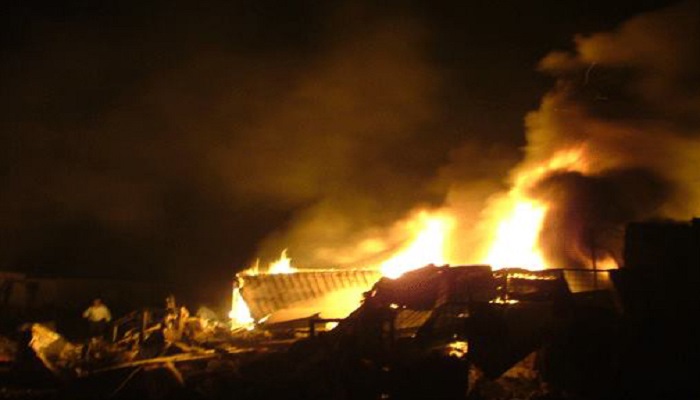 What Camp Liberty Tells Us About the Iran Regime

Camp Liberty, located near Baghdad International Airport, was originally built by the U.S. military as a base for coalition forces during the Iraq war. Since 2012, it has served as home to over 2,200 Iranian refugees; most are members of the People’s Mujahedin of Iran (PMOI/MEK) a longtime resistance group to the current Iran regime.

It has also been subject to an almost endless barrage of attacks from forces aligned with the Iran regime; with the most recent attack coming last night in the form of some 80 rockets falling on the compound and killing at least 23 people with dozens more injured according to the National Council of Resistance of Iran, an umbrella group of dissident and resistance groups.

This is the fifth attack on the camp since 2003 with international inquiries pointing to Iraqi paramilitary forces, Shiite militia and other terror groups backed by Iran as being responsible. Attacks included four separate mortar and rocket attacks in 2013 alone.

According to NCRI-US office deputy director Alireza Jafarzadeh, some of the missiles used in this week’s attack are Falaq missiles manufactured by the Iran regime.

“The Iraqi Government and the United Nations, which signed a memorandum of understanding in December 2011, guaranteeing the protection of the residents of Camp Liberty, must be held to account,” said opposition spokesman Shahin Gobadi.

The refugees were relocated to Camp Liberty from Camp Ashraf two years ago after suffering similar attacks and under an agreement with the UN Assistance Mission for Iraq to resettle them through the UN High Commissioner for Refugees (UNHCR). The Iraqi government and UN ostensibly were responsible for the safety and security of the residents, but despite calls by the UNHCR, the Iraqi government has failed to provide adequate security.

The UNHCR issued a statement condemning the attacks saying “This is a most deplorable act, and I am greatly concerned at the harm that has been inflicted on those living at Camp Liberty,” said High Commissioner for Refugees António Guterres. “Every effort must continue to be made for the injured and to identify and bring to account those responsible.”

Mrs. Maryam Rajavi, the head of the NCRI, also condemned the attack saying “The government of Iraq and the United Nations who signed a Memorandum of Understanding and built a Temporary Transit Location (TTL) since 2011, are formally and legally accountable for this attack. In our view, however, as was the case in the six previous bloodbaths in Ashraf and Liberty, the Iranian regime’s agents in the government of Iraq are responsible for this attack and the United States and the United Nations are well aware of this fact.”

The timing of the attack is interesting because it follows a string of provocative and aggressive actions by the Iran regime after agreeing to a nuclear agreement that proponents and members of the Iran lobby had touted as ushering in a new era of moderation and openness with the mullahs in Tehran.

In a few short months, Iran has:

And ironically enough, agents of the regime’s Revolutionary Guards Corps even arrested and tossed into Evin Prison one of the key builders of its lobbying network in the U.S. in a bid to reassert the domination of regime policies by Ali Khamenei, its top mullah.

The attack on Camp Liberty is nothing more than a continuation of the same aggressive policies of the mullahs who have increased efforts to stifle any form of dissent and opposition by attacking members of the resistance outside of Iran and cracking down at home against those who foolishly believed in the propaganda of a more moderate Iran post-nuclear deal.

The fact that Iran has been invited to multilateral international talks on Syria is more evidence that the regime is pressing its agenda on all fronts as broadly as possible including its top priority of keeping the Assad regime firmly in power in order to maintain the corridor of for the extremist groups it has built from Lebanon to Iraq to Yemen.

The attack on Camp Liberty is just another reminder that the West should act to restrain the Iran regime and not appease it.