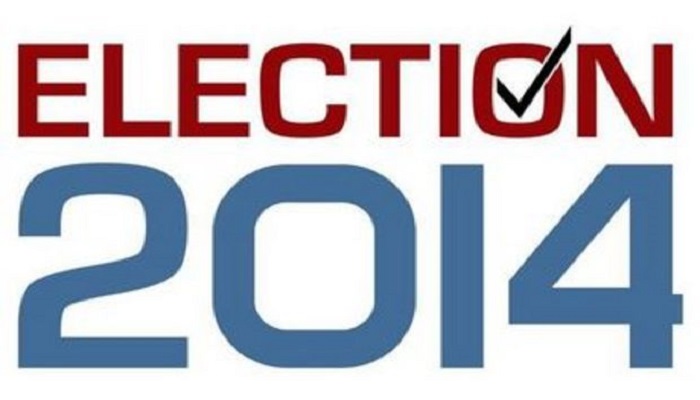 With last night’s historic changes in the U.S. midterm elections, control of the Senate has shifted to Republicans and their control over the House has strengthened in what is being called a tsunami election that washed away incumbent Democrats across the country. While Republican control of the Senate will not be filibuster or veto proof, this new majority puts further obstacles to President Obama’s earlier hinted at plan to reach a compromise agreement with Iran on nuclear weapons and skirt Congressional approval in implementing it.

Supporters of Iran such as Trita Parsi of the National Iranian American Council have already begun laying the groundwork for framing the chances of a nuclear agreement with the new Congress by reiterating the canard that so-called “neo-cons” would seize the opportunity to sink a deal in order to keep alive the possibility of a return to war in the Middle East by the U.S.

The reality is starkly different than what Mr. Parsi and his cohorts would have Americans believe.

First of all, opposition to a nuclear deal that grants Iran the ability to maintain its nuclear enrichment infrastructure is bipartisan with both Democrats and Republicans having signed on to consecutive bills toughening economic sanctions on Iranian regime. In a bitterly divided government that could not agree on budgets, healthcare, the economy or even food stamps, could quickly and almost eagerly come to agreement on pressuring Iran into not keeping nuclear weapons.

In fact, in 2013, over 400 members of Congress from both parties signed on to HR 850 to toughen sanctions on Iran. It is a convenient fiction to portray Republican control as an impediment to negotiations when in fact prominent Democrats such as former vice presidential candidate Joe Lieberman have staunchly warned against a nuclear-capable Iran.

Secondly, Mr. Parsi et al have sounded shrill warnings on Twitter that President Obama’s hand has been weakened by last night’s results. Nothing could be further from the truth. If anything, the President’s hand has been strengthened by conveying to the ruling mullahs in Iran that the U.S. will harden its position in terms of verification, inspections and open access; offering no loopholes for them to slip a deal through. More incredibly, in an editorial in Foreign Affairs, Mr. Parsi attempts to lay blame on the Senate defeat for Democrats and the change in political winds for a deal on Israel; an absurd notion, even for him.

Supreme Leader Khamenei may have already had an inkling of this sea change in the American political landscape when he opted to deliver several lengthy and highly technical speeches over the summer denouncing the talks and the West and openly reaffirming Iran’s need for a massive expansion in centrifuges used for enriching nuclear fuel. These statements effectively sank the first round of talks and he and Iran’s ruling clerical councils have taken no actions to convince us otherwise.

The situation with Iran has become so adversarial that the International Atomic Energy Agency, the watchdog group tasked to inspect and monitor Iran’s nuclear program, issued last week a scathing update on Iran detailing how it continues to be stonewalled and how it has been denied even initial inspections of disputed sites.

Coupled with this has been the unusual absence of any mention by Mr. Parsi and Iran’s lobbying and PR machine of Iran’s horrific human rights record. The UN Special Rapporteur on Iran, Mr. Ahmed Shaheed, just released his annual update on Iran’s dismal human rights record, taking special notice of the deteriorating plight of women, religious minorities and political dissidents.

One would think if you are attempting to negotiate an agreement with a state, it would make sense to test that government’s ability to live up to a deal by gauging the treatment of its own people and the opening up of the nation to foreign media and international inspection; all things that Iran’s mullahs have so far refused to do.

What the change in the Senate does promise however is a reset for the President of sorts. By closing the door firmly on any idea to circumvent Congress and seek out an inferior deal, President Obama should take the opportunity to hold Iran truly accountable and test how serious the mullahs really are about reaching an accord.

The suspicion among many international observers is that Khamenei and others in the decision making level in Iran actually have very little desire to reach an accord with the West and prefer the constant state of enmity and a so-called “war economy” focusing limited resources on its nuclear program and its broad slate of foreign adventures in Iraq, Syria, Lebanon, Gaza, Afghanistan and Yemen.

Pressing Iran to commit to a lower threshold on centrifuges and slowdowns in missile development by the November 24th deadline, tied alongside improvements in its human rights record would be the magic elixir necessary for a deal palatable to this new Congress.

While Iranian regime’s supporters will attempt to portray the new Senate as a haven of “neo-cons” the truth is far different. This is merely an effort to lay the groundwork for a failed deal in favor of the mullahs, since it is becoming clearer that Khamenei and his handpicked president, Hassan Rouhani, are only stalling in order to keep their enrichment program untouched. Some suggest that the most likely scenario would be a quick agreement by November 24th and an effort to get something through the lame duck session of Congress before the new members are sworn in January 2015, however given the internal crisis the mullahs are facing and particularly their recent loss of their puppet Prime Minister Maliki in Iraq, they seem more flimsy than ever to be able to accept any deal that would contain their nuclear ambitions.

Thus the Iranian lobby’s maneuver would be ill-advised and unlikely to prevail after last night.