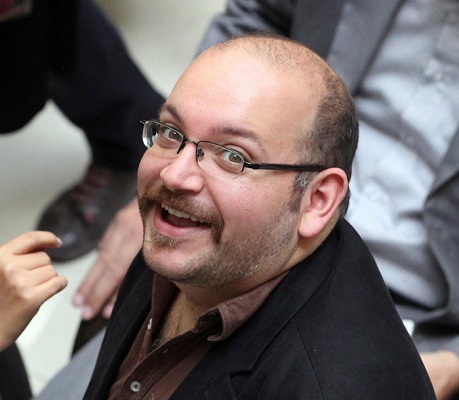 What the Conviction of Jason Rezaian Tells Us About Iran Regime

News media and journalists around the world have reacted strongly to the announcement that Washington Post reporter Jason Rezaian had been convicted in an espionage trial after 14 months of imprisonment. The verdict from the Revolutionary Court was reported through regime state television, but not the specific decision even though the trial ended in August.

According to the Washington Post, “Rezaian faced four charges — the most serious of which was espionage — and it was not immediately clear whether he was convicted of all charges. Rezaian and The Post have strongly denied the accusations, and his case has drawn wide-ranging denunciations including statements from the White House and media freedom groups.”

Depending on which charges he was convicted on, Rezaian could face upwards of 20 more years in prison.

“Iran has behaved unconscionably throughout this case, but never more so than with this indefensible decision by a Revolutionary Court to convict an innocent journalist of serious crimes after a proceeding that unfolded in secret, with no evidence whatsoever of any wrongdoing,” said Martin Baron, executive editor of the Post, in a statement.

“The contemptible end to this ‘judicial process’ leaves Iran’s senior leaders with an obligation to right this grievous wrong,” Baron said. “Jason is a victim — arrested without cause, held for months in isolation, without access to a lawyer, subjected to physical mistreatment and psychological abuse, and now convicted without basis. He has spent nearly 15 months locked up in Iran’s notorious Evin Prison, more than three times as long than any other Western journalists.”

Ironically, on October 10, Rezaian passed the dubious milestone of having been locked up in Iran longer than the original 52 American embassy hostages three decades ago.

Rezaian’s case, as well as the plight of other Americans being held in Iranian regime’s prisons; including Amir Hekmati, a former U.S. Marine, and Saeed Abedini, a Christian pastor, are defining signposts of how the Iran regime’s leadership acts, plans, thinks and executes its national policy. They have become unfortunate pawns in a much larger game the mullahs have been playing at for the past three decades.

Abedini of Boise, Idaho, was imprisoned for organizing home churches. Hekmati of Flint, Mich., has spent four years in prison since his arrest during a visit to see his grandmother. Rezaian was accused by the regime of providing information on Iranian companies and individuals violating economic sanctions and thereby providing intelligence to regime foes.

These higher profile victims share a similar fate as countless thousands of other Iranians who have been arrested, tortured, falsely imprisoned and often publicly executed as the regime seeks to stamp out dissent, curb free speech and hang onto people to be used as bargaining chips should it need them.

In the case of the Americans, Hassan Rouhani, the regime’s handpicked leader, openly floated the idea of prisoner swaps with the Americans exchanged for up to 19 Iranian agents convicted of trafficking in arms and smuggling nuclear components for the regime’s nuclear program.

In many ways though, approval the nuclear agreement may have inadvertently sunk hopes of getting these Americans released since the mullahs perceive they got what they originally wanted in the potential lifting of economic sanctions, which raises the question of why would the regime double down and sentence Rezaian when there would be no clear political reason to?

The conviction certainly disproves the idea – long floated by Iran lobbyists such as the National Iranian American Council – that supporting the nuclear deal would empower so-called “moderates” within the Iranian government. If anything, this conviction demonstrates that Ali Khamenei, to whom the courts answer to, is still firmly in charge of the regime’s policies.

What all of this tells us is that the Iran regime leadership does not value human life, other than to use it as a commodity. It tells us the judicial system is controlled and used for political and religious purposes. It tells us there is always linkage in the mullahs’ mindset and willingness to traffic in human life.

The regime shows us every day examples that it views international law and norms with contempt, be it the brutal treatment of its people or the almost daily threats its generals and leaders make against the U.S. and other nations and neighbors.

Alireza Tangsiri, a Revolutionary Guard Corps lieutenant commander, said that suicide bombers are on stand by and ready to “blow up themselves” to “destroy the U.S. warships,” according to remarks made Monday in Iran’s state-controlled Fars News Agency.

“They [the U.S.] have tested us once and if necessary, there are people who will blow up themselves with ammunitions to destroy the U.S. warships,” Tangsiri was quoted as saying.

He added that if the United States takes any hostile action against Iran, the country’s military forces would pursue the Americans into the Gulf of Mexico.

“I declare now that if the enemy wants to spark a war against Iran, we will chase them even to the Gulf of Mexico and we will (certainly) do it,” he said.

The threats come a day after Iran test fired ballistic missiles in the region, in a potential violation of international agreements barring such activity.

That missile, the Emad or “Pillar,” is designed to evade missile defenses and is supposedly much more accurate than previous missile designs, putting neighbors such as Saudi Arabia, Turkey, Egypt and even Southern Europe within range.

While execution of Iranians under Rouhani’s watch is surging, it is more obvious now that despite the Iran Lobby’s pitch, mullahs ruling Iran, emboldened by the concessions received as a result of the flawed Iran deal, are now more of a threat to the international community than ever before.