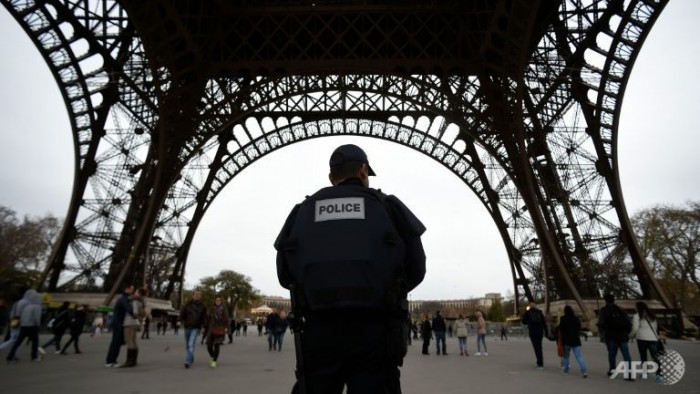 What the Paris Attacks Tell Us About Terror Template

The tragedy of the Paris terrorist attacks this weekend are so startling in their scope, so appalling in the loss of life and so despicable in the choice of victims, that the world has once again been moved to commemorate with demands for stern action and condemnation of the breed of Islamic extremism flowing out of the war torn streets of Syria and now making its way to the wide boulevards of Paris.

With 132 dead as of the latest reporting with scores more in critical condition, the full scope of the killed may not be known for a little while longer, but what is known is that the attack was sophisticated in planning, meticulous in its execution and devastating in its results. It was also spawned and given life from early reports by the ISIS terror network that now dominates vast swaths of Syrian and Iraqi territory, while its influence and recruitment stretches from the Americas to Africa and Asia.

What is unmistakable is the “template of terror” that has come to be the calling card of terror groups such as Hezbollah, Al Qaeda, Boko Haram and ISIS, amongst scores of others. The names might be different, ethnicities varied, even religions at odds with each other, but all share the same fundamental belief in using violence, terror and fear to state their case, sow terror and achieve their aims.

Attacking and striking at these terror groups has de-evolved into a game of “Whack-a-Mole” as militaries strike at individual terrorist leaders like “Jihadi John,” the Briton who was identified as being one of the ringleaders of ISIS who came to the world’s attention decapitating Western hostages.

More astute analysts have pointed out that to curb the threat of global terror, you have to strike at the safe havens offered by sympathetic governments such as the invasion of Afghanistan after the 9/11 attacks to dislodge the Taliban’s support of Al-Qaeda. Others have pointed out the need to support unstable democracies as they struggle with the aftermath and chaos wrought by the changes from the Arab spring protests that toppled governments in Libya, Egypt and elsewhere so that they do not become safe havens for terrorists.

But the single largest supporter of terror in the world today, both financially and spiritually, has been and remains the Iranian regime.

The mullahs in Tehran have been the chief sponsors of Hezbollah and have used Hezbollah fighters in proxy wars in Syria, Afghanistan, Lebanon, Iraq and elsewhere. They have also supported Shiite militias in Iraq with arms, including explosive devices manufactured in Iran, used to kill hundreds of U.S. service personnel in Iraq.

The visceral brutality of Iranian regime’s justice has long been used as the standard for invoking a twisted form of Islam to justify violence in the name of territorial gain. The mistake most countries make in dealing with Islamic extremism is in thinking it is a religious war.

The violence that stems from the Iran regime and flows out to groups like ISIS and Hezbollah is used as a political tool to achieve practical goals such as toppling governments in Yemen, creating safe havens for forces to operate such as in Iraq and Lebanon and building integrated networks to carry out missions around the world such as Iranian-linked terror attacks in Latin America and the U.S.

What is most telling is the response to the Paris attacks by Iran and its lobbyist allies. In the first few hours of the attacks, while the world expressed, shock, outrage and revulsion, social media linked to Iran’s lobbyists did not offer condolences or sympathy, but rather opened up a full bore attack on Iran’s chief regional rival – Saudi Arabia – in an ongoing effort to destabilize that country.

Trita Parsi, head of the National Iranian American Council, offered up this insightful post on his Twitter feed as the streets of Paris ran thick with blood:

“If it turns out this horrible terror was done by ISIS or AlQaeda, will France rethink its cosy ties with Saudi and those funding Salafists?”

This is the first thing that comes to the mind of Parsi? His next seven posts sought to blame the attacks on Saudi Arabia before he got to his first tweet about Iranians expressing sympathy outside of the French embassy in Tehran.

He even managed to work in a dig at the U.S., tweeting:

“2014, U.S. intel found out that certain equipment sold to Saudi had ended up in ISIS hands. Not sure if they followed up… #ParisAttacks”

Since then, Parsi has continued the drumbeat of linking ISIS to Saudi Arabia, along with other Iran supporters who are marching to the same tune of deflecting blame away from Iranian mullahs.

The only certain thing is that the mullahs in Tehran set the tune and example for the terror industry and by their actions have long validated violence against civilians as a means to an end. It is a pathway that folks like Parsi have never apparently found objectionable judging by their social media accounts and public statements.

Parsi and his colleagues have never made human rights a centerpiece of their lobbying efforts as they have always sought to de-link the issue from any relevancy such as the nuclear talks. The hypocrisy of groups such as NIAC is easily apparent when you peruse their press releases and commentary. The lack of sympathy for the victims of Paris and the all-too-quick efforts to link them to traditional enemies of Iranian regime reveal the true purposes they have.

That true nature of the Iran regime was on front page display in regime newspapers where on its front page, Javan featured an illustration of a masked jihadist with a gun and a machete standing at the top of the Eiffel Tower, waving a mixed flag of the United States and ISIS.

“Return to home,” its headline said, quoting reports that some 200 French extremists had returned to the country after fighting with ISIS abroad.

In Kayhan – Iranian regime’s oldest and most-vocal paper — editor Hossein Shariatmadari, known as the mouth piece for regime’s supreme leader, repeated a conspiracy theory often cited in Iranian media that ISIS is a creation of the West and Israel under an operation dubbed “Hornet’s Nest”.

“Now the designers of the Hornet’s Nest must await the return of the wasps to the real nest — wasps that carry automatic rifles and grenades,” Shariatmadari wrote.

This shouldn’t come as a surprise to long-time observers of the regime or to Iranian dissidents who have long warned that ignoring Iranian mullah’s conduct in supporting terrorist groups has only allowed them to flourish.

Unfortunately, unless the world acts to focus on the source of the terrorism occurring in Iran, we will inevitably be faced with more Paris attacks elsewhere.