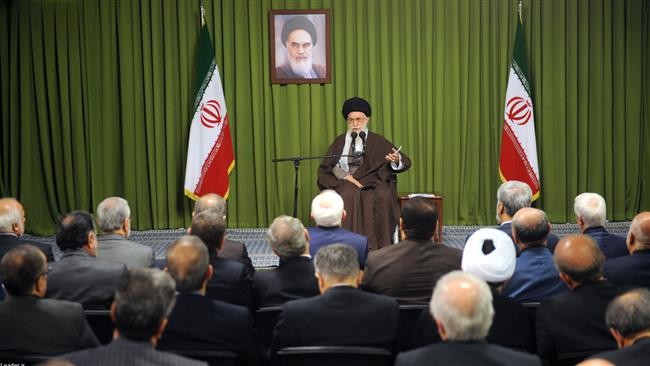 What the Taking of Another American by Iran Regime Tells Us

The sudden and surprising arrest by Iran regime officials of Siamak Namazi raised the eyebrows of many veteran Iran watchers; not the least because Namazi has been an integral part of efforts to build a lobbying force in the U.S. used to support the regime’s political goals, namely passage of a just-completed nuclear agreement.

In fact, the ties between Namazi and Trita Parsi, the founder of the National Iranian American Council and leading lobbyist for the regime, have been well documented, all of which raised the question of why would regime leaders order the arrest of one of their own?

The very question indicates how wrong most analysts are about Iranian mullahs in the first place. Many people, including apparently Namazi, long assumed that if you towed the party line of the mullahs, you were always going to be in their good graces and in Namazi’s case, he hoped to reap the financial rewards that came from that association in the form of guiding foreign investment into Iran following the nuclear deal.

But what he failed to understand and what many others have failed to grasp even as they tried appeasing these same mullahs is that they are never going to allow anyone into their tight circle of control who does not follow their proscribed fundamentalist and extremist religious beliefs.

For the mullahs in Tehran, the coin of the realm is not just money; the constitution vests absolute authority with Ali Khamenei and his cadre of mullahs who oversee the judiciary, military and foreign affairs and vast tracts of the economy, while have an unrelaxing temptation for expansion of their authorities in to neighboring countries.

The Iranian Revolutionary Guard Corps wields disproportionate influence through its monopolistic control of entire industries such as telecommunications, petroleum, finance and agriculture. Iran’s theocracy controls planning of the economy and dispenses its meager rewards to the Iranian people, while reserving the bulk of the financial gains for its elites, their families and the military campaigns it funds overseas in Lebanon, Syria, Iraq and Yemen.

For Namazi and Parsi and their fellow Iran lobbyists, the suddenness of the arrest was jarring, but it should have not comes as a complete surprise since the mullahs have long practiced the art of score-settling amongst their factions with sham trials, imprisonments and even executions.

But unlike what Parsi and his ilk would have the rest of the world believe, the fight in Iran’s leadership is not between “moderates” and “hardliners,” but in fact is between factions of corrupt mullahs bickering over the booty they rob from the Iranian people. The fact that every effort to promote a “moderate” faction within Iran has met with utter failure is indicative not of the lack of passion within the Iranian people for regime change, but rather the ruthless willingness of the mullahs to use deadly force against their own people to keep tight their grip on power.

Also since signing of the nuclear agreement, Khamenei has made it his mission to remind the world the he does not view adherence to the terms of the agreement to be beneficial to the regime, nor indispensable. In fact, in his mind, anything that compromises the extremist Islamic fanaticism is the antithesis of what the mullahs want. For Khamenei, getting a $150 billion check from unfrozen assets with no strings attached is the best possible alternative.

Khamenei is eager for the money in order to continue funding his vision of an expanding Islamic sphere of influence stretching from the Mediterranean to the Indian Ocean, but he does not want to jeopardize it with young Iranians clamoring for access to Snapchat on their iPhones while wearing clothes from Old Navy, which is why the arrest of Namazi, a putative supporter of the regime, tells us clearly that the regime intends to be the one calling the shots and not the other way around.