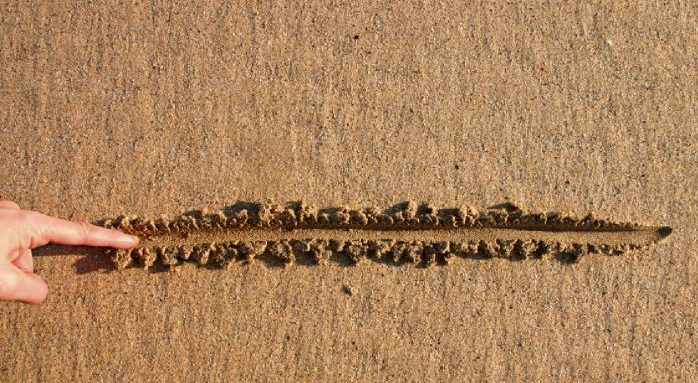 What Would Make the Iran Lobby Stop Supporting the Iran Regime?

One of the more interesting questions making the cocktail circuit in the Beltway is what would actually make the Iran lobby’s members, including the National Iranian American Council, Ploughshares Fund and others, stop supporting the Iranian regime?

While said mainly in jest and incredulity at the near slavish devotion maintained by the Iran lobby towards the regime, it does raise a legitimate question worth examination. Where would the NIAC for example draw a red line in the sand?

If we take the NIAC at its word in its own explanations and denials, we have to first start with the assumption that the NIAC’s very existence is not dependent on financial support from the regime or affiliated groups. That in of itself would make the question moot since you could not expect Trita Parsi, Reza Marashi or Tyler Cullis to kiss away their paychecks no matter how odious the source of the funding.

So assuming the NIAC is indeed funded through the generosity of independent-minded people who similarly are willing to overlook the excesses of the Iranian regime, what would make them change their minds?

From the NIAC’s own statements during the nuclear negotiations, it tried to sell the idea that reaching a nuclear agreement would usher in a new “moderate” Iran and this in turn would help Iranian-Americans. Indeed, one of the most compelling arguments used by the Iran lobby and echoed by Hassan Rouhani was the idea that Iranian-Americans and others in the Iranian diaspora could come home to help rebuild and revitalize their homeland.

How did that work out? The Iranian regime began arrested and sentencing dual national Iranians at a fast clip. In fact, Rouhani himself gave an interview in New York before his annual address to the United Nations General Assembly in which he emphatically pointed out that Iran did not recognize dual nationalities.

So for all of the Iranians yearning to come back home, the simple truth was that you were rolling the dice as to whether or not the Revolutionary Guard Corps was going to arrest you for visiting an ailing relative, toss you in prison, rush through a sham, secret trial and then sentence you to 18 years in prison as in the case of San Diegan, Reza “Robin” Shahini.

Obviously the arrest of Iranian-Americans and the statements made by regime officials to hold them hostage for a “few billion” dollars more isn’t enough to get NIAC off the regime wagon.

How about support for terrorism and proxy wars?

It has been well documented how the Iranian regime is now the primary supporter, sponsor and even combatant in three wars in Syria, Iraq and Yemen. Its use of terrorist allies in Hezbollah, recruited Afghan mercenaries, Shiite militias and Houthi rebels has caused a refugee crisis, brought Russia and the US into conflict, threatened the stability of Turkey and pushed Saudi Arabia to the brink of war.

So even though groups such as Ploughshares Fund ostensibly fight against nuclear proliferation for fear of killing people on a global scale, apparently it’s okay to massacre people on a regional scale.

The hypocrisy is rank, but let us be generous and say that “low-intensity” conflicts do not rise to the level of nuclear war. Fine. How about the much talked about moderation from the Iranian regime?

Well, on the anniversary of the US embassy takeover in Tehran in 1979, top mullah Ali Khamenei offered a few pointed comments about the regime’s opinion of the US.

“Negotiations with the US will not resolve our problems, because firstly, it is a liar, disloyal, cheater and stabber in the back, and secondly, the US itself is crisis-stricken – and how can a crisis-hit country resolve another country’s problems?” he said at a gathering of school students and teachers.

It’s nice to see how the Iranian regime’s highest official preaches the children of Iran on the regime’s viewpoint on the US.

Since the NIAC has never condemned any of these or endlessly similar volatile statements we can only assume that Parsi et al operate under the childhood motto of “sticks and stones” when it comes to calling for the destruction of the US.

How about the misery being caused by the regime at home during a ruthless crackdown on human rights including the mass arrests of students and young people using the social media, beating of women for violating dress codes and the execution of nearly 3,000 people (most by grisly public hangings in which children are encouraged to watch) since Rouhani came to power?

Not a peep from the Iran lobby, probably because these were only “Iranians” and not “Iranian-Americans” so we can only assume their human rights are less valuable according to the NIAC.

About the only Iranian-American that has warranted anything resembling ongoing support has been Siamak Namazi, a long-time friend and associate of Parsi and Marashi, who was snatched up by the IRGC along with his father.

Ironically his association with the NIAC was cited by revolutionary courts as the reason he was arrested!

No, it seems there are no real red lines in the sand the NIAC and other members of the Iran lobby would not cross.

It’s a shame really. We were hoping there might be a spark of defiance somewhere there against the injustices being wrought by the regime.