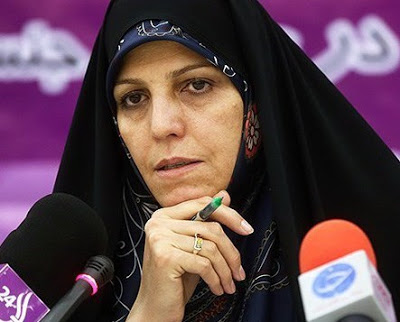 Who Are These So-Called “Moderates” in Iran Elections?

The New York Times, among other news outlets, trumpeted the election results from Iran with great fanfare announcing “strong” gains by moderates and reformists in this weekend’s parliamentary elections. Predictably, the spin revolved around the notion that this was a step in the right direction towards a more moderate future in Iran.

“Though hard-liners still control the most powerful positions and institutions of the state, two national elections last week appeared to build on the slow but unmistakable evolution toward a more moderate political landscape — now and into the future,” wrote Thomas Erdbrink in the Times. “While the hard-liners still remain firmly in control of the judiciary, the security forces and much of the economy, the success of the moderate, pragmatic and pro-government forces seemed to give Mr. Rouhani political currency to push a course of greater liberalization of the economy at home and accommodation abroad.”

What Erdbrink and most other Western journalists miss is the simple fact that the mullahs in control of the regime – virtually all of the important sectors of power as Erdbrink notes – have allowed a smattering of candidates to run that can appear “moderate” when compared to the more vocal conservatives in power, but in fact all share the same loyalty to the aims of the Islamic state.

Revolution and regime change are not coming anytime soon to Iran under these mullahs no matter what rosy picture some media wish to paint.

What is even more amusing is that all the celebration is focused on the election of a small minority dubbed “moderates” in the lower house parliament, but in the 88-member Assembly of Experts, over three-quarters of the original candidates seeking to run were swept off the ballot before voting even began, leaving only hardcore supporters of top mullah Ali Khamenei to win seats.

As to whom actually won, the Wall Street Journal editorial board took a closer look at the winners and found them less than “moderate” and downright unsavory.

According to the Journal, as for new Assembly of Experts, many of the “moderates” projected to have won seats were also listed on the hard-liners’ lists, since the ratio of candidates to seats was well below two, including:

That seems like quite a slate of “moderate” new faces that got elected. Maybe Trita Parsi and Reza Marashi from the National Iranian American Council, can fly over and have lunch with these moderates, unless they are worried they might be arrested like their fellow Iran lobby supporter Siamak Namazi who now languishes in an regime prison.

“The political reality in Iran is that the Ayatollahs, backed by the Revolutionary Guards, remain firmly in control,” the Journal correctly points out.

The funny thing about the parade of optimistic and sunny news headlines is how they eerily echo the same notes of hope that came in the wake of the nuclear agreement only to be followed by grimmer headlines of illegal ballistic missile tests, detaining of American sailors, rocket launches at U.S. and French navy warships, recruiting Russia to fight in Syria and the largest refugee crisis since World War II.

Even as regime supporters laud these “moderate” wins, shocking news came of a village in southern Iran of a heinous incident announced by Shahindokht Molaverdi, the ironically named vice president for women and family affairs.

“We have a village in Sistan and Baluchestan province where every single man has been executed,” she said, without naming the place or clarifying whether the executions took place at the same time or over a longer period. “Their children are potential drug traffickers as they would want to seek revenge and provide money for their families. There is no support for these people.”

Maya Foa, from the anti-death penalty campaigning group Reprieve, said: “The apparent hanging of every man in one Iranian village demonstrates the astonishing scale of Iran’s execution spree. These executions — often based on juvenile arrests, torture, and unfair or nonexistent trials — show total contempt for the rule of law, and it is shameful that the UN and its funders are supporting the police forces responsible.”

Amnesty is particularly concerned about Iran’s execution of juveniles. In a report published in January, the group said Iran had carried out 73 executions of juvenile offenders between 2005 and 2015.

Sistan and Baluchestan, where the unnamed village is situated, “is arguably the most underdeveloped region in Iran, with the highest poverty, infant and child mortality rates, and lowest life expectancy and literacy rates in the country,” according to Ahmed Shaheed, the UN special rapporteur on the situation of human rights in Iran. “The province … experiences a high rate of executions for drug-related offences or crimes deemed to constitute ‘enmity against God’ in the absence of fair trials.”

Even as the Iran lobby celebrates these wins, an Iranian village has seen all the men in it killed indiscriminately by these same “moderates.”