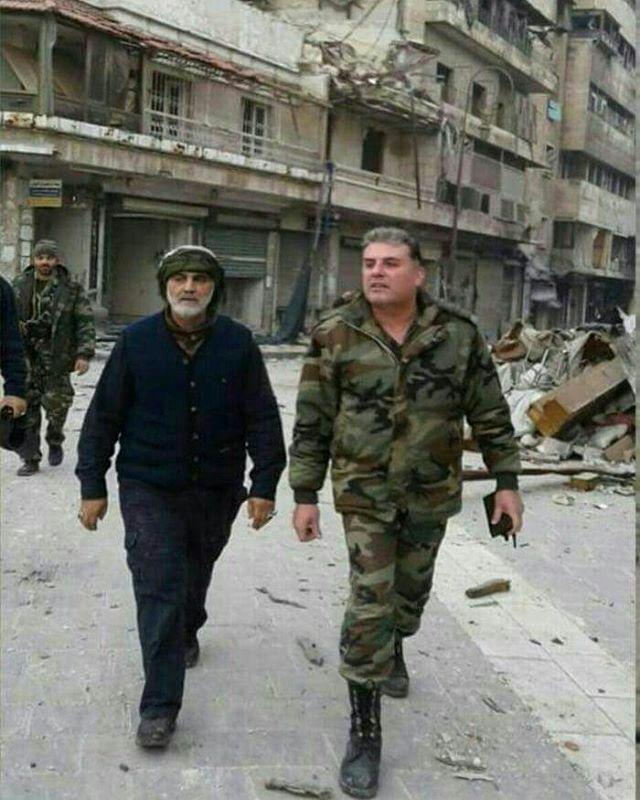 Why Do Sanctions Not Apply to Qasem Soleimani?

What is the purpose of a sanction? According to the dictionary, a sanction is “a threatened penalty for disobeying a law or rule.” Sanctions come in all forms ranging from your mother grounding you for painting the family dog to imposing economic sanctions on your nation because you’re trying to build nuclear weapons.

In either case, the basic premise is still the same: you do something wrong, you suffer the consequences. It’s not a complex idea and one as basic as human nature, except in the case of the Iranian regime, sanctions don’t seem to apply.

Take for instance the case of Qasem Soleimani who is the commander of the regime’s Quds Force, the arm of the Iranian military often engaged in irregular operations and is the primary contact for terrorist groups and militias around the world.

If Wal-Mart is the world’s largest retailer, the Quds Force is the bazaar for militants, terrorists, mercenaries and rebels.

The Quds Force is unique because it directly and solely reports to the regime’s top mullah, Ali Khamenei. That would be like if the Navy SEALS only reported to the president and were accountable to no one else. As the Quds Force commander, Soleimani wields enormous influence which he has used in carving out a personal theater of operations ranging from Lebanon and Syria to Iraq and Yemen.

Since 2007, the Quds Force has been a supporter of terrorism by the U.S. and Soleimani was singled out and sanctioned by the United Nations as well. He was also cited by the European Union in 2011 for his role in supporting the violent suppression of protests in Syria which sparked that civil war.

Since then, Soleimani has been at the heart of the Syrian conflict and the faceless man standing behind Syrian dictator Bashar al-Assad in a war that has claimed over 800,000 lives and turned large swathes of Syria into desolate wreckage.

Soleimani was also the principle player in flying to Moscow to plead with Russia to intervene militarily in Syria just as rebels had gained the upper hand and Assad was pushed to the brink.

The fact that Soleimani has been able to fly to Russia and travel throughout the Mideast has been amazing considering he is under an international travel ban as part of the sanctions imposed on him and yet he travels as freely and frequently as any reputable businessman.

Now we have recent photos and social media posts of him touring the ruins of Aleppo in the wake of that city’s surrender this weekend. Soleimani tour of Aleppo was a demonstration of Iran’s waxing influence in Syria and disregard for international resolutions barring such behavior. Soleimani’s presence in Syria is a direct violation of the United Nations resolution governing the nuclear deal, according to the Washington Free Beacon.

Soleimani’s visit coincided with moves by the terror group Hezbollah, which is controlled by Iran, to establish its own claim in Syria, according to regional reports and footage.

Iran’s public presence in Syria has not been met with action by the Obama administration, which has come under increasing pressure in recent weeks to explain why it is not enforcing current sanctions against Iran. Soleimani continues to direct Iranian forces in both Iraq and Syria and has long been sanctioned for the murder of U.S. citizens.

Mutliple sources who spoke with the Washington Free Beacon about the matter disclosed that the Obama administration is taking a soft approach with Iran, including not enforcing sanctions, in order to preserve the nuclear deal and diplomacy with Tehran, which has threatened repercussions for any new sanctions.

Sanctions imposed by the international community to prevent the flow of arms and foreign fighters to Syria have proven just as impotent as Soleimani has used the Quds Force to recruit Afghan mercenaries from the ranks of refugees living in Iran, as well as shipped in Shiite militias from Iraq to fight for Assad.

He has also orchestrated the dramatic escalation in the use of air power first through Syria and later through Russia resulting in the use of barrel bombs and similar weapons of mass destruction on civilian targets.

Most disturbing, the Quds Force supported Shiite militias in Iraq with IEDs that were responsible for killing hundreds of American service personnel there and Soleimani has never been called to account for those American deaths.

In 2011, Soleimani and other members of the Qods Force were implicated in the failed Iranian plot to assassinate the Saudi Arabian ambassador to the U.S. at a popular restaurant in Washington, D.C. As part of the nuclear deal reached with Iran, the UN travel ban on Soleimani will be lifted either in October 2020 or when the International Atomic Energy Agency determines that all nuclear material in Iran is for peaceful purposes.

That lack of accountability and enforcement of sanctions points the greatest weakness in the argument made by the Iran lobby and other supporters of the nuclear which was that Iran wouldn’t be able to evade it.

Soleimani and the Quds Force are proof that Iran can not only evade international sanctions, but do so freely and without consequences.

Ultimately, the challenge for the incoming Trump administration and the rest of the world will be not in forging new agreements with Iran, but just enforcing the myriad of sanctions already in place.