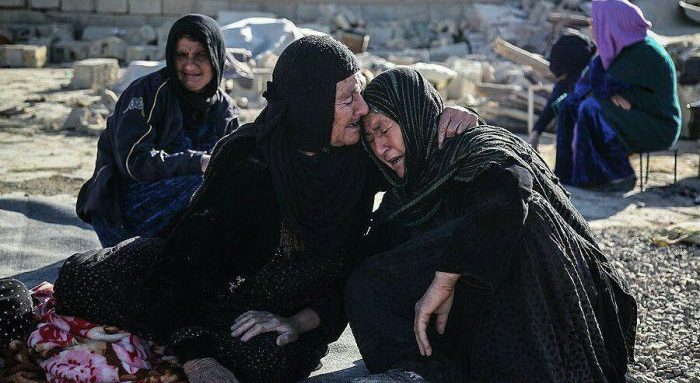 Why Iranians Have Little to be Thankful For

With Thanksgiving looming in the U.S., millions of Americans will gather around family dining rooms to enjoy holiday traditions such as consuming enormous quantities of food, watching football games on television and parents chiding their children for spending all their time posting on social media or surfing the internet.

It’s a time that reinforces the American traditions of family and freedoms that many others around the world do not get an opportunity to enjoy; namely ordinary Iranians living under the brutal repression of the Iranian regime.

Since the ruling mullahs stole the prospect for democracy away from the Iranian people after the Shah was deposed and the revolution turned into a religious theocracy, Iranians have simultaneously lived two lives: One in the public spotlight where the mullahs demand obedience to their strict religious views unable to express themselves; while they live another life in secret where Iranian women ride bicycles and teenagers post selfies on Instagram disobeying strict dress codes.

The normal everyday pleasures and freedoms Americans take for granted are almost universally restricted in Iran under the rule of the mullahs, which is why it has been important for American policy to make a distinction between the plight of the Iranian people and the policies of the oppressive regime.

The Iran lobby, led by such staunch advocates of the regime such as the National Iranian American Council, have always sought to portray American policies towards Iran as being harmful and punitive towards the Iranian people.

This was never more exemplified than in the long debate over U.S. sanctions aimed at Iran because of the regime’s support for terrorism and its secret nuclear development program.

NIAC leaders such as Trita Parsi and Reza Marashi went out of their way to try and link the suffering of the Iranian people of the alleged hardships imposed by these economic sanctions.

Fortunately, history has a way of clearing up the facts from the fiction and in the case of the Iranian regime’s conduct, the last several years have shown the truth about the regime’s oppressive policies and the dramatic impacts it has had on the lives of its citizens.

Nothing demonstrates that more clearly than the complete ineptitude with which the mullahs run their government.

Iran has regularly placed near the bottom of rankings for lack of transparency in government and public corruption. The mullahs and their allies in the Revolutionary Guard Corps control virtually all of the major industries and siphon enormous amounts of profits into family bank accounts to live lavish lifestyles or divert it away from the economy for proxy war efforts in Syria, Lebanon, Afghanistan, Iraq and Yemen.

The draining of capital has slowed the Iranian economy to a snail’s pace over the years and widened the gap between the privileged and the impoverished. A startling and shocking photographic essay recently revealed the depths of Iranian misery in showing how many of Tehran’s poorest and most destitute have resorted to making homes in the empty plots at nearby cemeteries.

The mismanagement of water policy has led to record droughts and the evaporation of historic lakes and turned verdant farmland into desert wastelands, while the lack of available jobs to women has wiped out nearly half of the available workforce for a country struggling with deep unemployment; especially among young people who are often drafted to serve as cannon fodder in the mullahs’ wars.

Even recent natural disasters such as the massive earthquake striking the Iran-Iraq northern border killing over 530 people and wiping out 30,000 homes are a testament to how badly run the regime’s emergency response is to this day.

Seven days after the earthquake took place, regime’s top mullah, Ali Khamenei, visited the devastated areas and expressed that he was “not satisfied” with the response and said officials needed to “redouble their efforts.” This was considered widely an attempt to respond to the wide spread anger against the mullahs’ carelessness in the aftermath of the earthquake.

His remarks are ironic given how he personally controls much of the Iranian economy, as well as personally selects many of the top provincial officials who have so far badly bungled the disaster response.

In many ways, the Iranian people ought to be viewed with admiration since they have suffered incredibly, but still find ways to voice their discontent in a myriad of ways that displays the optimism and hope they all have for a free Iran in the future.

In a nation where public dissent of any kind is often a sure sentence to prison and even a public hanging, ordinary Iranians resourcefully find ways to express their dissatisfaction.

During the recent presidential elections which unsurprisingly saw Hassan Rouhani re-elected, most Iranians simply stayed away from polling places to express their unhappiness; forcing the regime to manufacture fake ballots to justify election returns.

Some of the more daring among the population even took to unfurling banners and signs on overpasses and the sides of building expressing support for banned leaders of the outlawed Iranian resistance movement such as Mrs. Maryam Rajavi of the National Council of Resistance of Iran, an umbrella group comprising several dissident groups.

Ultimately, the message that Americans will celebrate this week with Thanksgiving, may soon be a message that will resonate throughout Iran when a future comes that allows for peaceful regime change and the downfall of the mullahs at the hands of the Iranian people who have grown tired of their restricted freedoms, unpleasant economic future and constant war-footing.