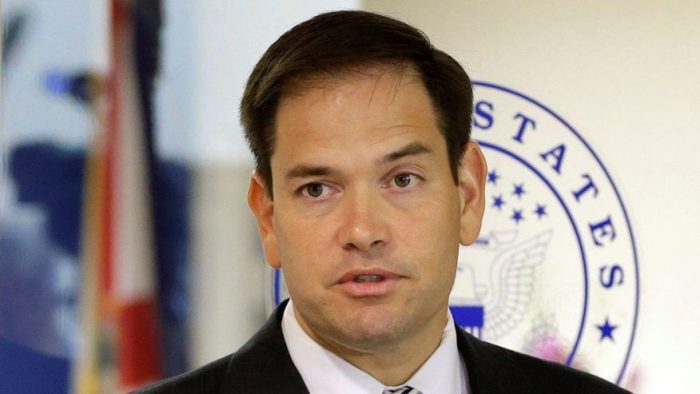 Why is the Iran Lobby Silent About Ransom Demands?

One of the curious side notes during the increasing concerns over news streaming out of Iran about harsh prison sentences being imposed on Iranian-Americans is that the Iran lobby has been relatively silent on the issue as a whole.

Leading Iranian regime supporter, the National Iranian American Council, felt compelled to issue a statement when Siamak Namazi and his father received 10-year prison sentences. Earlier news reports detailed a personal friendship between Namazi and NIAC founder Trita Parsi which may explain the latter’s willingness to criticize the Iranian regime on this one issue.

But for the rest of the Iran lobby, leading sympathetic journalists and bloggers such as Jim Lobe of Lobelog.com have been virtually silent on the issue of hostage taking of dual nationals by Iran.

Considering the goals and aims of the Iran lobby to preserve a badly flawed nuclear agreement and combat negative stories about the regime, it’s understandable why this practice hasn’t received much defense from them because it really is an indefensible action.

What compounds the problem for the Iran lobby has been the open statements being made by Iranian regime officials speculating on the amount of ransom they can extort from the US and other nations it has arrested, calling it many “billions of dollars.”

The issue of ransom and hostage-taking is deeply troubling and likely to only increase since the Obama administration has made it clear it will do nothing to jeopardize the nuclear agreement which it considers its signature foreign policy agreement.

But while the administration does not consider the shipment of $1.7 billion in pallets of cash to be a “ransom” for the release of five Americans last year, the mullahs in Tehran certainly and eagerly perceive it that way; all of which presents a problem for the arguments made by the Iran lobby of a newly moderate Iran.

If the US does not call this hostage taking and ransom payments, but Iran does, then in whose scenario should we be more worried about? The US government for acting as if these are part of the normal diplomatic process or a regime that views this as a new form of commerce?

For many lawmakers on Capitol Hill, the distinction is not difficult to discern. For many Republicans and Democrats, the practice of hostage taking, sham secret trials, lengthy prison sentences and demands for cash are to be taken seriously and dealt with strongly.
“President Obama’s cash ransom payment to Iran makes Americans more vulnerable and encourages unjustified prison sentences and blatant kidnapping like this,” Florida GOP Sen. Marco Rubio told FoxNews.com on Wednesday.
“Senior Justice Department officials warned the White House that Iran would view the pallets of cash as ransom, but the president didn’t listen, and now Iran is taking more hostages and demanding more money,” he added.
“Once again Iran has made a mockery of its own legal system in convicting wrongfully detained Iranian-Americans,” California GOP Rep. Ed Royce, chairman of House Foreign Affairs Committee, said after reports of the Namazis’ sentencing.
The State Department last week said the Namazis were “unjustly detained” and called for their immediate release.
The department also said U.S. officials are especially concerned by reports of the elder Namazi’s “declining health and well-being.”
Lawmakers also have suggested that Iran has been further empowered by the U.S.-led international pact signed in July 2015 in which Tehran agreed to curb its development of a nuclear weapon in exchange for countries lifting billions in sanctions.
Most distressing were reports from Nizar Zakka, a Lebanese citizen and permanent resident of the United States, who said through his attorney Tuesday that Iranian officials in April told him it would take as much as $2 billion to ensure his release from captivity.

In September, Iranian officials lowered that amount to $4 million, and told him that he was spared the death penalty but would remain in prison for 10 years until the payments are made.
“This is a grave breach of, among [other international laws and treaties], the Geneva Conventions against hostage-taking,” his lawyer, Jason Poblete, said in a statement Tuesday. “Iran is using Nizar, other Americans and dual nationals, as political chattel to exact concessions from the U.S. and other powers.”
“On behalf of Nizar, we request that all be done by the U.S. and other governments to secure his unconditional release from captivity on humanitarian grounds,” he added.
Zakka, an advocate for Internet freedom whose nonprofit group did work for the U.S. government, denies the spying charges. He believes the Iranian government, lured him to Tehran in order to seize and imprison him. He was arrested in Iran after traveling there to attend an International Conference and Exhibition on Women in Sustainable Development at the invitation of an Iranian office who asked him to serve as one of the events speakers.

If this is true, it is even more disturbing since it implies the regime is now actively targeting dual nationals and working to bring them back to Iran for arrest and imprisonment.

In the case, of Reza “Robin” Shahini, the San Diego, California resident just sentenced to 18 years in prison, regime officials indicated he was being sentenced based on posts he made on his Facebook page during the protests against the 2009 elections, which were widely considered fraudulent and condemned by international observers.

If so, that would indicate the regime’s active scouring of social media to pick up tidbits that could be used as justification to arresting any dual national, even though those just coming to Iran to visit relatives.

It is a disservice for the Iran lobby to remain mute on this subject. Every day the NIAC and other supporters stay silent, it only heightens the legitimate criticisms of them being tools and puppets of the mullahs.
Michael Tomlinson