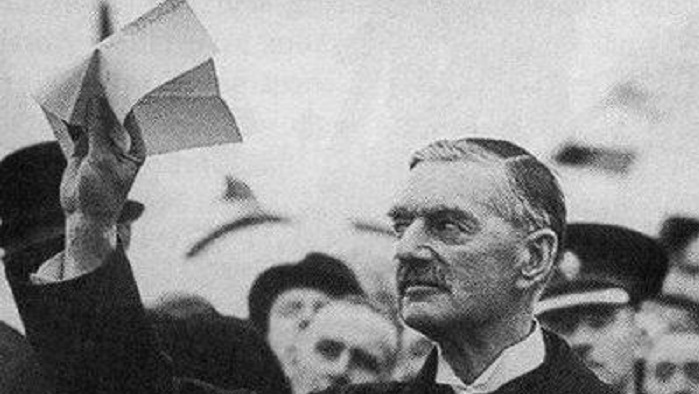 This was readily apparent in comments made this weekend by Iranian regime’s Supreme Leader Khamenei who said in a statement released by his office and carried by the ISNA news agency:

“I would go along with any agreement that could be made. Of course, I am not for a bad deal. No agreement is better than an agreement which runs contrary to our nation’s interests,” Khamenei said.

He then alluded to the possibility of agreeing to a deal that did not deliver all that Iran was seeking, which on casual inspection might bode well for a deal to finally be closed. His comments came at the start of the annual Munich Security Conference where an impromptu meeting of the P5+1 negotiating countries (the U.S., Russia, China, Britain and China) took place with Iran’s Foreign Minister Mohammad Javad Zarif.

While the Munich conference was ostensibly going to be focused on the conflict between Russia and Ukraine, Zarif and Secretary of State John Kerry took the opportunity to do some bargaining.

The renewed push for a deal reflects the very real deadline imposed by a newly energized Congress eager to flex its muscles against a recalcitrant Iranian regime that has so far stalled for two years in reaching a deal while at the time contributed greatly to the growing and rapid deterioration of the Middle East.

Khamenei and his handpicked front man in President Hassan Rouhani have calculated correctly the patience of the American people had finally been worn down to a nub and if any deal was going to be done, it had to come sooner rather than later. The only question for them was how willing was the West to cave and give Iran what it wanted which was a preservation of its enriching and refining capacity in order to continue the development of a nuclear device?

Given the relative paucity of any positive news on the foreign policy front with radical Islamist attacks in Canada, Australia and France and the brutal beheadings and burnings by ISIS and the collapse of Yemen and chaos in Libya and Nigeria, it is reasonable to assume the West might very well give in for even the merest glimmer of deal.

For historians, the parallels to Munich and British Prime Minister Neville Chamberlain’s fateful meeting with Adolf Hitler where he essentially gave Czechoslovakia away to Nazi Germany in 1938 in order to hold up a piece of paper upon his returning declaring “Peace in our time” to what is happening in Munich this weekend is striking and deeply disturbing.

Just as appeasement of a brutal dictator by the West did not work and instead accelerated the start of World War II, the same appeasement of Iran by the West today will only inevitably lead to a dangerous reckoning down the road.

George Santayana, the noted philosopher, essayist, poet and novelist, famously wrote in The Life of Reason in 1905:

“Those who cannot remember the past are condemned to repeat it.”

A powerful and insightful comment Secretary Kerry would be wise to remember while in Munich.