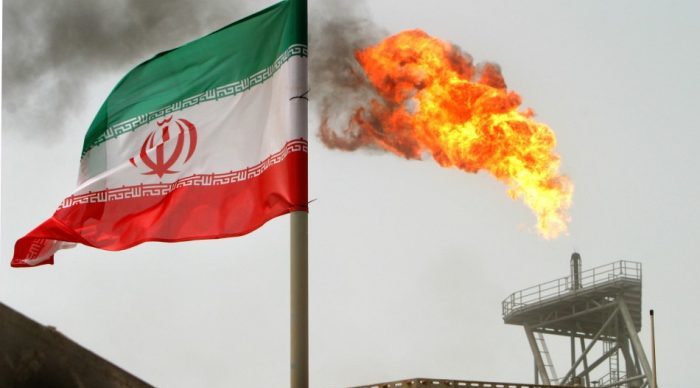 Although the nuclear deal with the Iranian regime reached last April lifted economic sanctions related to trade and released $100 billion in frozen assets back to the control of the mullahs in Tehran, it did not lift sanctions put in place for Iran’s abysmal human rights record and sponsorship of terrorism.

These sanctions largely affect U.S. currency exchanges and the ability to transact business through financial institutions connected to U.S. exchanges where currency would need to be converted, transmitted or deposited.

The sanctions lifted as part of the nuclear accord permits Iran to sell its oil back on the open market (even though it had already been doing so illicitly for some time), allow foreign firms to invest in Iran’s oil and gas industry and other industrial sectors such as automobiles and hotels, as well as allow Iran access to the global banking system known as SWIFT.

Predictably there has been a rush of foreign companies looking to get back into the Iranian marketplace; primarily firms that had pre-existing relationships within Iran prior to the imposition of most sanctions.

These largely comprised European, Chinese and Russian firms looking to announce deals, but most financial institutions in those same countries have been reluctant to jump in and engage in business with the regime; largely because of the regime’s unstable record on worsening human rights and the turbulence created by its involvement in proxy wars in Syria, Yemen and Iraq.

Now comes word – premature it seems – that U.S.-based Boeing was negotiating to sell 100 commercial aircraft to the regime in one of the largest re-entries into the Iranian market by a U.S. company.

There is already significant opposition building in Congress on both sides of the aisle to the deal since Iran’s previous use of commercial airlines such as Mahan Air to ferry troops and supplies to Hezbollah in Syria makes the potential high that American-made aircraft could be used in a similar military capacity, not to mention the technology transfer involved in advanced navigation, communications and avionics systems that the regime’s Revolutionary Guard Corps could take and adapt to their own purposes.

All of which raises a simple question: Should any business deal with the Iranian regime be predicated on improvements in human rights or the halt of sponsoring terror?

Two former U.S. Treasury officials cast doubt Wednesday on the prospects of the deal between Iran and Boeing, claiming concerns about Iranian money laundering and terrorism financing activities are likely to scuttle the agreement.

Eric Lorber, a former attorney in Treasury’s office of foreign assets control, said the Boeing deal will likely face the same problem that has kept a similar deal between Tehran and Airbus, Boeing’s European rival, from getting off the ground for the past seven months.

The mullahs have complained vigorously that the nuclear deal implementation applied to the lifting of all sanctions and that any sanctions still in place or the threatened imposition of new sanctions such as those proposed for its violation of ballistic missile testing would jeopardize the nuclear agreement.

The regime’s top mullah, Ali Khamenei, regularly threatens to tear up the nuclear deal each week for one reason or another. This past weekend it was because he didn’t like presidential candidate Donald Trump. The week before that it was because he thought Iran was being shortchanged by the U.S. on cash. Next week it will probably be about his inability to comprehend Snapchat.

The fact that the Obama administration inserted language in the nuclear deal specific to allowing investments in aircraft is seen as an effort to boost Boeing’s chances of doing the deal, but in the year since that deal was reached, the Iranian regime has been anything but compliant with efforts to moderate itself.

The litany of aggressive and illegal actions it has taken range from detaining American sailors on the high seas to widening the war in Syria to arresting just about any dual citizen it feels like including mothers, aid workers, journalists and businessmen without trial or charge.

The difficulty in many of these deals lies in the fact that the Revolutionary Guard Corps owns most of the economic and industrial capacity within Iran through a myriad of shell companies. In telecommunications for example, the IRGC owns the state phone company and controls virtually all internet access in Iran. The same goes for the oil and gas industry and airlines, which makes the Boeing deal problematic in many ways.

If we know the IRGC is engaged in supporting terrorism aggressively around the world and if we know its intelligence units and court system regularly sentences dissidents to death and uses torture on a mass scale on the Iranian people, then how can any U.S. entity conduct business in Iran without stepping on existing sanctions?

Jonathan S. Tobin writes in Commentary Magazine that Mark Dubowitz of the Foundation for the Defense of Democracies told the New York Times, despite the exception for aircraft sales in the text of the nuclear deal, much of Iran’s civilian aviation industry is run by companies linked to or run by the IRGC, which also operates the regime’s terror network.

Business with the IRGC and everything related to it is still very much against U.S. law and nothing in the Iran deal supersedes that fact. As Dubowitz notes, that makes any Boeing-Iran transaction a “due-diligence nightmare” for any U.S. companies as well as the banks that will also be involved, he added.

The conundrum is one that the Iran lobby is attempting to tackle head on with its typical subterfuge as evidenced by a piece written by Tyler Cullis of the National Iranian American Council in Foreign Policy, in which he makes the inane argument that since the nuclear deal is in danger of collapse, the U.S. should double down on it and go even further in accommodating the regime.

Cullis makes the argument that the Obama administration must provide foreign companies essentially a “get out of jail card” in terms of setting out guidelines essentially setting a legal standard for compliance with sanctions in order to engage in activities expressly forbidden by those same sanctions!

As Cullis is loath to mention, sanctions still in place are not related to the nuclear deal! In order for those sanctions to be lifted, the mullahs need to stop butchering their own people, stop arresting American businessmen, British mothers and Canadian professors and they need to stop sending guns, rockets and ammunition to terrorists around the world.

Is that too hard? For Cullis and the rest of the Iran lobby, it apparently is.