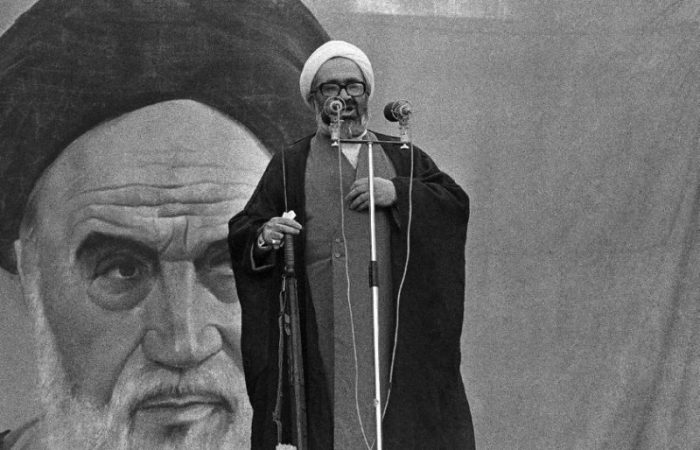 Throughout history, there have been many monuments to man’s cruelty against his fellow man. In the Ancient World, the sack of Carthage, fall of the Roman Empire and countless other battlefields have yielded massacres, mass executions and enslavement of entire populations.

In the Modern Era, not much has changed as we’ve witnessed two world wars, the killings fields of Cambodia, the Nazi’s Final Solution, China’s Cultural Revolution, Stalin’s purges and today we see the eradication of Syria’s population, the concentration camps in the Balkans and hostage taking and mass murders by Islamic terrorists.

Throughout human history memorializing, recognizing and judging these horrific incidents has been a vital part of moving civilization forward. Without reconciliation, without the healing that comes from accepting blame and responsibility for these acts, peace is hard to achieve for any nation or people.

Take for example post-war Germany and wrestling with the black marks of Nazism and the Holocaust. Beyond the Nuremburg trials and other efforts by the Allies to punish the heinous acts of former Nazi leaders, Germany has been a model of confronting its past and not shying away from it. It has ensured its history is taught in schools, it combats hatred and discrimination and ultimately today has led all nations in the acceptance of Syrian refugees.

Other nations still wrestle with their pasts such as Turkey’s Ottoman Empire past and the Armenian genocide, but while can be slow and incremental, open societies continue to make progress.

It is within regimes, dictatorships and governments that stifle freedom that continue to hide their past and cover up the crimes of the present. The clearest example of that practice is the Iranian regime.

While the term “massacre” conjures up vivid imagery of near cataclysmic events, in the case of the Iranian regime, the term is appropriate, especially as it applies to a particularly grim event in 1988.

In 1988, the Iranian regime was wrestling with its war with Iraq and the failing health of its leader, Ruhollah Khomeini. It was also faced with internal dissent as the promise of the revolution faded away under the oppressive rule of the mullahs. Chief among those dissenters was the opposition group, Mujahedeen-e-Khalq (MEK), and was targeted by the mullahs for elimination.

That process took place when the mullahs used the end of the Iran-Iraq as a pre-text to begin a series sham retrials of political prisoners, tagging many with affiliation with MEK and other dissidents, even if they were not, and then began the deadly process of executing them as quickly as possible.

An audio tape of an interview with Hossein Ali Montazeri, who was in line to succeed Khomeini at one point, revealed his condemnation of the massacre that eventually claimed the lives of 30,000 Iranians in one of the largest politically motivated mass murders in modern history.

He warns those gathered they’ve committed “the biggest crime in the history of the Islamic Republic,” while criticizing them for misleading a then-ailing Khomeini.

The criticisms by Montazeri, who lived for years under house arrest and died of natural causes after Iran’s disputed 2009 presidential election, long ago surfaced in his own memoirs and writings. But the furor ignited by the release of the tapes by his family this month expose the lingering, unhealed wounds of the chaotic years that followed Iran’s 1979 Revolution, as well as politics now at play in the greater Middle East.

Iran has never fully acknowledged the executions, apparently carried out on Khomeini’s orders, even though other regime officials were effectively in charge in the months before his 1989 death.

In the audio recording, Montazeri apparently addresses prosecutors, a judge and an intelligence official over the executions, warning they will tarnish Khomeini’s image.

“I believe that the biggest crime in the history of the Islamic Republic, which will be condemned by history, happened by your hands,” Montazeri says.

He goes on to say that “fighting against ideology with killing is totally wrong.”

Dr. Mohammad Maleki, a well-known human rights activist who was formerly chancellor of Tehran University, also strongly condemned the 1988 massacre in an interview with Al-Arabiya published by the National Council of Resistance of Iran.

“From the very beginning this regime executed people in the name of drug addicts and political figures, launched the 1988 killings, and killed its dissidents abroad. I was personally prosecuted and placed behind bars for five years from 1981 to 1986,” Maleki said.

“I have seen how these people were executed, and how the regime launched 2-minute court trials. Around 30,000 people were executed [in 1988], they were all prosecuted and in the initial courts they were sentenced to prison terms, not to be executed. They were all prisoners and were serving their time, and some had even served their entire sentences. Therefore, all the massacres from day one to this day, and to this moment, are all legally void, illegal, can be subject to prosecution and are considered a crime against humanity,” he added.

In response to the Montazeri audio tape and the recent anniversary of the massacre which has been marked with protests and demonstrations around the world, regime officials have steadfastly defended the massacre and the decisions made to execute it.

No one has more vociferously defended their actions from that time than Justice Minister of the current “moderate” regime, Mostafa Pourmohammadi, who was the Intelligence Ministry’s representative at Evin Prison when the executions took place. Pourmohammadi and three other individuals were in charge of the committee that oversaw the executions.

The regime’s hatred and fear of the MEK and other dissident groups is such that they have made every effort to denounce the massacre and efforts to hold the regime accountable for that piece of bloody history.

As history has shown us though, unless and until a nation accepts the worst parts of its history, it will have no hope of ever changing. Only when the mullahs stop denying the 1988 massacre, can they ever hope to truly reform themselves.