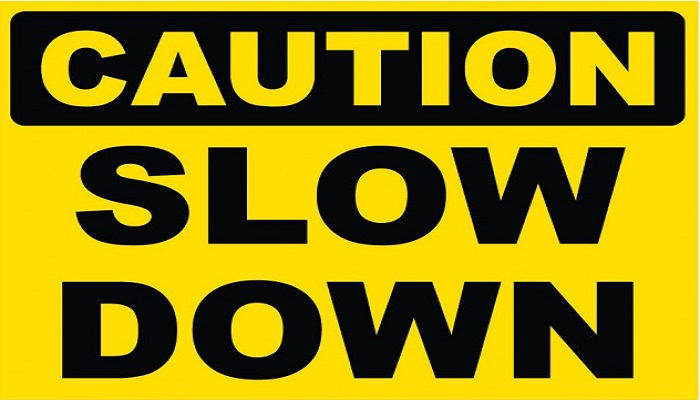 Why the Iran Regime is Rushing for a Nuclear Deal

When most of us took our first driver’s training class, we were admonished with the warning “speed kills” and for most of us, it’s a saying that has served us well. In the case of the proposed nuclear deal with the Iran regime, speed is the operative word as the regime and its lobbyists push hard to get the deal approved as quickly as possible.

The need to get the deal done quickly became self-evident when it was taken to the United Nations Security Council for a vote even before the U.S. Congress and the reward for the mullahs in Tehran were quick delegations from France and the European Union to explore trade ties even though the proposed agreement ostensibly does not allow for economic sanctions to be lifted for years.

On top of which the regime is quickly completing its deal to acquire state-of-the-art anti-aircraft missile batteries from Russia and has sent its Quds Force commander to a secret mission to Moscow to discuss the acquisition of even more weapons to replenish stores depleted from supporting three proxy wars in Syria, Iraq and Yemen.

All of which goes to show the true nature of the regime as it seeks to rearm, rebuild and expand its military and dominion over its neighbors, but why is the Obama administration in such a rush to complete what is becoming more evident as a bad deal?

Jennifer Rubin, writing in the Washington Post, explains that this deal is not a take it or leave it proposition and in fact the best remaining option to go back to the mullahs and re-open negotiations for a better deal.

“Doing the deal, then, is the risky proposition — by increasing violence in the region in the short term and practically ensuring major military conflict down the road (sanctions won’t be available) with a stronger and more confident Iran,” Rubin writes.

Mark Dubowitz, head of the Foundation for Defense of Democracies, echoes the same point in Foreign Policy, writing:

“There is ample precedent to amend the deal. Congress has required amendments to more than 200 treaties before receiving Senate consent, including significant bilateral Cold War arms control agreements with the Soviets like the Threshold Test Ban Treaty and the Peaceful Nuclear Explosions Treaty, as well as multilateral agreements like the Chemical Weapons Convention negotiated with 87 participating countries, including Iran, by President Bill Clinton,” Dubowitz said.

Iran’s mullahs understand the danger posed by an amended deal or any delay in approving the deal. The mullahs need the $100 billion in unfrozen assets to jumpstart the economy they have driven into the ground and forestall the growing dissatisfaction from ordinary Iranians protesting abysmal living standards and working wages.

The regime is doing everything it can to hide anything that can negatively impact the public perception of the deal, even if it means threatening the head of the nuclear agency responsible for inspecting Iran’s facilities.

As reported in the Washington Free Beacon, “Yukiya Amano, IAEA director general, purportedly remained silent about the nature of certain side deals during briefings with top U.S. officials because he feared such disclosures would lead to retaliation by Iran, according to the spokesman for Iran’s Atomic Energy Organization (AEOI).”

“In a letter to Yukiya Amano, we underlined that if the secrets of the agreement (roadmap between Iranian regime and the IAEA) are revealed, we will lose our trust in the Agency; and despite the US Congress’s pressures, he didn’t give any information to them,” said regime’s AEOI spokesman Behrouz Kamalvandi during a meeting with Iranian regime’s lawmakers, according to Tehran’s state-controlled Fars News Agency.

“Had he done so, he himself would have been harmed,” Kamalvandi added.

The blatant nature of the threat only reinforces the perception that the regime simply cannot be trusted, a point reinforced by Sen. Bob Menendez (D-NJ) who joined Sen. Chuck Schumer (D-NY) in announcing his opposition to the proposed agreement. Writing in the New York Post, Menendez reinforces the idea that we need to slow down.

“I believe we could still get a better deal and here’s how: We can disapprove this agreement, without rejecting the entire agreement,” Menendez said.

“We should direct the administration to re-negotiate by authorizing the continuation of negotiations and the Joint Plan of Action — including Iran’s $700 million-a-month lifeline, which to date have accrued to Iran’s benefit to the tune of $10 billion, and pausing further reductions of purchases of Iranian oil and other sanctions pursuant to the original JPOA,” he added.

He then goes on to lay out six conditions the regime must meet in order for a new deal to be acceptable; conditions the Obama administration previously declared as “red lines” in the negotiation sand, but then subsequently abandoned after being outmaneuvered by the regime.

The regime is hoping that speed does kill and in this case, kills any hopes of slowing down the regime’s plans for domination and expansion.