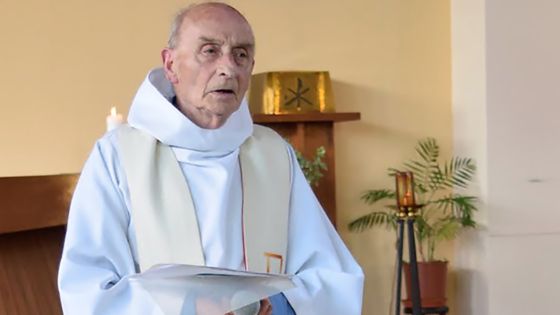 Why the Iran Regime Needs ISIS

Rev. Jacques Hamel was an 85-year old priest shepherding a flock in a small church in Normandy, France. He was celebrating Mass when two dedicated followers of the terrorist group ISIS stormed in, made him kneel at the altar and then slit his throat in front of two shocked parishioners and two nuns who then heard a sermon from the killers.

ISIS claimed responsibility for the attack and fulfilled its long-standing vow to bring a war against Christians and the Catholic Church by killing a priest in the sanctity of a church.

“They forced him to his knees and obviously he wanted to defend himself and that’s when the drama began,” said one nun, who identified herself as Sister Danielle, The Guardian reported. “They were filming themselves preaching in Arabic in front of the altar. It was a horror.”

The attack comes amid a spate of terror strikes in France, including Tunisian Mohamed Lahouaiej Bouhlel’s truck rampage in Nice on July 14, when he plowed into a crowd of Bastille Day revelers – killing 84 and wounded over 300.

For two years, the black-clad jihadist army has called for attacks on Christians in Rome, throughout Europe and across the world. It has even called for the assassination of Pope Francis. The attack — which the knife-wielding ISIS killers reportedly videotaped — in the northern French town of Saint-Etienne-du-Rouvray shows Islamist killers have heeded the call.

“The Islamic State is persistently demoralizing European unity by launching divisive attacks within its borders — the most recent attack on the Catholic Church aims directly at the French sense of identity,” said Veryan Khan, editorial director for the U.S.-based Terrorism Research & Analysis Consortium.

Over the weekend, ISIS Twitter accounts called for more operatives to take up arms in France and carry out additional deadly attacks, according to an analyst with the U.S. based company GiPEC.

ISIS warned that London and Washington DC are next on the list of target cities, with images threatening major world capitals being posted online.

With a secure base of operations extending from Syria to northern Iraq, ISIS can continue to recruit young extremists, engineer the return of fighters to their home countries and supply arms, cash and documents to move terrorists around the world.

The inability to crush ISIS in Syria and Iraq has been largely the result of the almost-never ending wars brought about by Iranian intervention in both countries. It has been well-known that Iran’s last minute support for the Assad regime kept it from falling during the Arab spring protests.

The decision by Iranian commanders to target not extremist Islamic groups, but instead go after Western-funded and backed rebels, was a key step towards freeing militants to expand their ranks. Iranian regime’s manipulation of the administration of former Iraqi prime minister Nouri al-Maliki was the defining blow though in driving out Sunnis from a coalition government straight into the arms of ISIS and leading to the downfall of Mosul, the most important victory for the terror group.

The cold calculation of the mullahs in Tehran explains why the regime did not go after ISIS and why ISIS has so far largely left Iranian interests and its citizens alone and untouched.

For the mullahs ruling Iran, the mere existence of ISIS and its sheer brutality provides a usual counterweight to attacks on its own human rights record and support for terrorism such as its long-standing partner Hezbollah. As ISIS ratchets up the severity, frequency and brutality of its attacks, Iranian regime’s conduct begins to pale in the opinions of media and governments.

Imagine a wife beating, rapist living on your block. You would be rightly worried about him, but instead a notorious serial killer moves into the neighborhood and starts slaughtering people. Who would you be more concerned about?

It’s a sleight of hand trick that gives the mullahs freedom to operate and gain some political cover for their abuses. If the world protests the arrests of dual-national citizens by Iran, don’t worry, there’s an ISIS attack on a church.

These efforts at deception have been part and parcel part of the tools the mullahs use to distract attention. They used it to great effect during the negotiations for the nuclear talks by pointing to the Syrian conflict’s start and how a more “moderate” Iran could help ease tensions there; never mind Iran started it all in the first place.

It is also why Iranian regime has done little to actually combat ISIS. Even with the enlistment of Russia to fight in Syria alongside Iran, the targeting list for Russian warplanes includes American-backed militias and not ISIS units.

Now that the regime has set the date for its next presidential election for May 2017, you can be assured the mullahs will use ISIS to demonstrate their commitment to helping combat terrorism, while continuing its own sponsorship of terror.

Predictably the media, with the help of the Iran lobby, was pedaling the notion that the election represents a battle between “moderates” vs. “hardliners.” If the past three years under Hassan Rouhani have taught us anything, it is that there are no real moderates within the Iranian regime.

Anyone espousing a dissenting view has either been put in prison or sent to the gallows to be hung. It’s a tidy way to clear your ballot of any dissenting views.