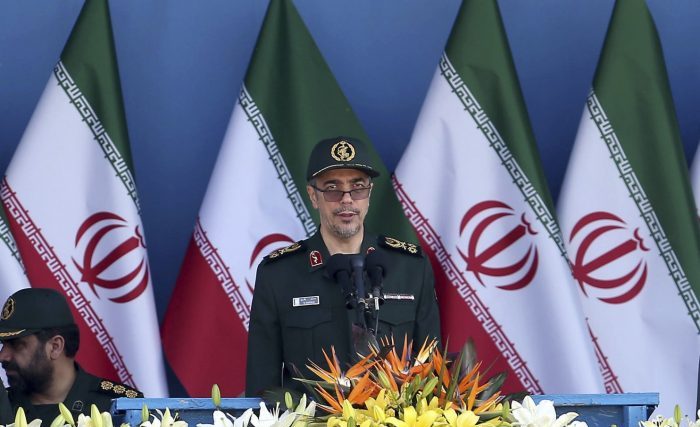 Will Pakistan Become the Next Yemen?

The Iranian regime has turned inciting civil wars into an art form. It got its start early with the bloody sectarian conflict in Lebanon that saw Iran fund and nurture Hezbollah as it grew from a ragtag militia into a globe-spanning proxy for Iran to fight its wars.

Within the last decade, the Iranian regime has refined its mischief-making to new highs in starting the Houthi insurrection in Yemen and drawing Saudi Arabia perilously close to an all-out war with Iran, while in Syria the regime went all-in for the Assad regime.

The mullahs in Tehran used Afghan mercenaries, Shiite militias from Iraq, Hezbollah fighters from Lebanon and its own Revolutionary Guard Corps and Quds Force troops to cut a swath of blood and death across most of Syria.

At the same time, Iran manipulated the government of Nouri al-Maliki in Iraq to collapse the government, launch a sectarian conflict against Sunni tribes and indirectly fuel the rise of ISIS through the swift fall of Mosul.

Now comes worrisome signs that Iran may be turning its sights on neighboring Pakistan in a formula that has worked so well before.

A senior Iranian military commander said the country reserves the right to destroy suspected havens for terrorists in Pakistan following a recent alleged terrorist attack against Iranian border guards serving on the country’s southeastern frontier, according to regime-controlled news services.

“The Armed Forces of the Islamic Republic of Iran condemn such measures and if the Pakistani government does not take serious measures, they (Iranian forces) reserve the absolute and legal right to resolutely counter and destroy the lairs of terrorists however deep inside the neighboring country’s soil,” Iranian Army’s Ground Forces Commander Brigadier General Ahmad Reza Pourdastan said on Tuesday.

He added that Iranian Armed Forces would spare no efforts to safeguard the country’s security.

For Pakistan, the comments are no mere idle threat as the mullahs have acted on past warnings to its neighbors. The turmoil in Iraq and Yemen are prime examples.

A shocked Pakistan foreign office summoned the Iranian ambassador to record a formal protest over the provocative comments.

Relations between Islamabad and Tehran have been complex and full of mistrust for a while now. The two countries, however, have avoided aggressive posturing through public statements in the past, which makes these Iranian comments even more disturbing to Pakistani officials.

At least 10 Iranian border guards were killed in an ambush near the town of Mirjaveh in the southeastern Iranian province of Sistan Balochistan last month. Following the assault, an anti-Iran Sunni Muslim militant group called Jaish al Adl, or the Army of Justice, claimed responsibility for the attack.

Pakistan’s recent decision to join a Saudi Arabia-led military coalition of 41 predominantly Sunni Muslim nations also has upset Iran. Tehran sees the military alliance as an anti-Iran group and an attempt to expand Saudi influence in the region. Saudi and Pakistani officials reject the assertions as unfounded.

The tensions the Iranian regime are creating amongst its neighbors stands as the primary driver of instability throughout the Middle East, contrary to the promises made repeatedly by the Iran lobby which only promised Iranian cooperation and moderation in the wake of the nuclear agreement reached in April 2015.

But the instability outside its borders are only a mirror of the tensions within Iran, especially in the run up to presidential elections on May 19th, but another significant event is going to take place beforehand on May 14th.

May 14 will mark the ninth anniversary of the arrests of the Iranian Baha’i leadership, known as the Yaran. These seven men and women managed the religious and worldly needs of Iran’s Baha’i, who make up the country’s largest non-Muslim minority. Iranian authorities condemned them to 20-year prison terms for their alleged misdeeds—charges that included “corruption on earth,” “insulting religious sanctities,” “espionage for Israel,” and “propaganda against the system.” The group’s secretary was arrested on March 5, 2008, and was also sentenced to 20 years in prison.

Elliott Abrams detailed the plight of the Baha’i in a piece for Foreign Affairs.

From the Iranian revolution in 1979 to this day, the regime has shown the Baha’i no mercy. The Iranian Baha’i community has faced continued oppression on the economic front and in the denial of educational opportunities.

Last November, Iranian authorities shut down more than 100 Baha’i-owned businesses throughout Iran after those businesses were briefly shuttered by their owners to observe the Baha’i holidays.

In December and January alone, more than a dozen Baha’i students were kicked out of Iranian universities because of their faith. As one student put it, “This has been going on for 37 years [since the Iranian revolution].

Every year, university security officials identify new Baha’i students and find excuses to throw them out.” Meanwhile, hundreds of students took the national entrance exam for universities, passed, and were denied entry into any university.

The unjust imprisonment of Baha’i continues, with new arrests by the Intelligence Ministry as recently as April. It is estimated that 80 to 90 Baha’is remain imprisoned in Iran solely due to their religious beliefs. The effort to smear the Baha’i and their religion continues as well, with thousands of anti-Baha’i articles running in Iranian media in the last 12 months.

The plight of these people, coupled with the opening up of a new front against Pakistan shows the willingness of the Iranian regime to disregard world opinion and act according to its own twisted agenda.