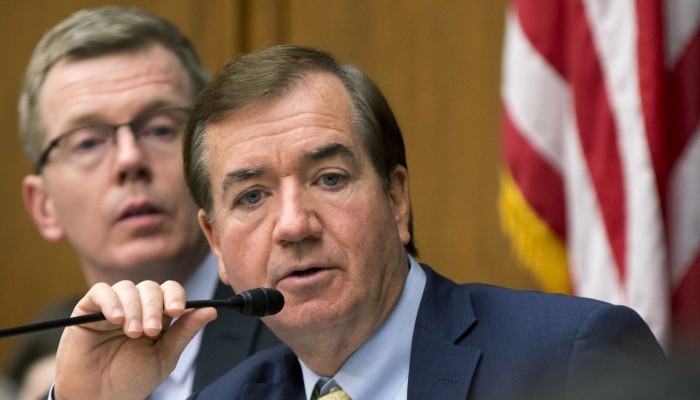 The USA Today editorial board ran an interesting opinion about the swift release of the ten U.S. Navy sailors captured and detained by the Iranian regime in the Persian Gulf, noting the release of videos and photos depicting the sailors in humiliating poses of surrender follow a similar pattern of aggression by the regime over the past few weeks.

“The seizure and the gratuitous humiliation of the Americans, seen in photographs kneeling with their hands behind their heads, carried at least a whiff of the provocations Iranian military hard-liners have been carrying out lately — such as firing rockets near a U.S. aircraft carrier last month, training a ship-borne heavy machine gun on a U.S. helicopter last summer, and carrying out ballistic missile tests in defiance of a United Nations resolution,” USA Today wrote.

“The quick release undoubtedly had less to do with goodwill than with the fact that Iran stands to get up to $100 billion of its frozen assets back in just days if it has met the conditions of the nuclear deal, which required it to get rid of most of its potentially bomb-making uranium and shut down a plutonium reactor that could also make bomb fuel. A hostage crisis could have stalled the payday,” the board added.

The lure of a huge payday for the mullahs explains the rapid release, but it does not explain the initial detention of the sailors and the need for the regime to publish videos and photos with no other purpose than to score propaganda points against the “Great Satan.”

While the Iran lobby is attempting to portray the release as a positive sign of improved relations, it absurdly excuses the detention in the first place and the videotaped “apology” from one of the sailors in more video as nothing more than a misunderstanding, but the incident provides important lessons for the rest of the world.

Reuters reported that the ultimate decision to release the Americans rested solely with top mullah Ali Khamenei according to regime officials, which is telling since Hassan Rouhani only participated in one meeting on the subject and did not have a voice in the decision. It is a reflection of how internal regime politics work and how Rouhani – while touted by the Iran lobby as a standard bearer for moderation – is in fact nothing more than a puppet for Khamenei.

The value of the videos cannot be underestimated for the regime since symbolism in the Middle East is of paramount importance in countries where strongman politics are the coin of the realm.

“This is a propaganda bonanza for Tehran, one that it will exploit to the hilt to make clear to its allies and those it seeks to intimidate that the United States is weak, unreliable and useless. It furthers their ambitions in the region and demoralizes those resisting Iranian aggression. For countries and individuals on the fence (e.g. the Sunni tribes), the message is clear: You really want to stick your neck out for the Americans?”

There are many in Congress increasingly uneasy in the face of rapidly escalating Iranian aggressions. Less than 24 hours after Iran’s detention and release of U.S. sailors, the House approved GOP-backed legislation that amplifies Republican distrust of Tehran and would give Congress greater oversight of the landmark nuclear agreement.

Lawmakers voted 191-106 Wednesday to approve the Iran Terror Finance Transparency Act, spurning a veto threat from President Barack Obama, but vacated the vote until Jan. 26th in order to gain veto-proof majority in a revote.

The House bill would bar the removal of certain individuals and foreign financial institutions on a restricted list kept by the Treasury Department until the president certifies to Congress that they weren’t involved in Iran’s ballistic missiles program or in terrorist activities, but the delay may not halt the Obama administration’s rush to lift sanctions, nor forestall an anticipated lifting of sanctions by the European Union and United Nations which could come as early as next week.

“Iran is on a roll, and the perception is that the… administration is getting rolled at this moment,” he added. “We need to see more backbone, not backing down.”

What is clear is that the regime is going to receive an influx of cash without any strong attached and given its most recent acts, we can only assume those funds will flow to support its continued aggression against the world and its neighbors.

The short-term illusion of security with the nuclear agreement will quickly evaporate as the regime bolsters its military, resupply its proxy allies and increase the pace and tempo of its terror activities.