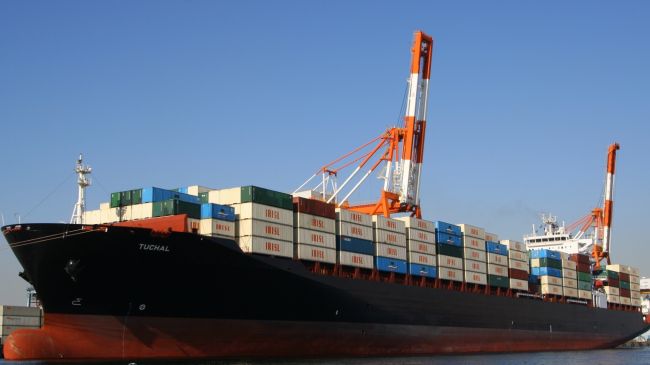 The transition for the Iran lobby was eventual and anticipated as it shifts gears from the lifting of economic sanctions to cheerleading investment by foreign companies into the Iranian economy in a bid to divert billions of dollars in capital into the regime’s coffers.

Nothing exemplified this newfound priority than an editorial by Tyler Cullis, a legal fellow with the National Iranian American Council, which appeared in Huffington Post. Cullis, a true apostle of the mullahs in Tehran, outlined the argument that the U.S. was coming late to the sanctions lifting party and not investing as wholeheartedly as it should.

“The U.S. trade embargo with Iran remains largely intact — outside of newly created authorizations for the import of Iran-origin carpets and certain foodstuffs and the sale to Iran of commercial aircraft. Under the trade embargo, U.S. companies are barred from engaging in trade with or investment in Iran — with few exceptions. Violating these U.S. sanctions prohibitions can lead to serious criminal and civil penalties,” Cullis writes.

“Moreover, considering the reputational risks of being seen doing business with Iran – which retains somewhat of a pariah status among the American public and which has remained under trade embargo for two-plus decades – few U.S. companies were willing to put themselves out on the limb for the chance to re-engage such an unfamiliar market. The result was that U.S. companies conducted virtually no real outreach to either the Obama administration or Members of Congress, which, in turn, fed into a perception in the White House that it lacked any real constituency for the openings that it could have otherwise supported,” Cullis adds.

His logic is fairly twisted on several levels. Cullis is correct that American companies are concerned damage to their brands through re-engagement in Iran, especially in sectors seen as bolstering industries largely controlled by the regime’s Revolutionary Guard Corps such as petroleum, telecommunications and transportation.

That damage to corporate brands can also result from calls for boycotts or other retaliation by human rights groups, Iranian dissidents and religious minorities – all of whom have been subject to brutal treatment by the mullahs there – who may seek to leverage the restart of economic involvement as a vehicle to have their plight heard on the world stage.

Cullis also neglects another key fact about doing business with the Iranian regime; any opening to Iranian markets will almost surely not be accompanied any meaningful reforms in the conduct of the economy by the mullah leadership which remains one of the most corrupt in the world.

According to Transparency International, Iran ranks 136th out of 175 countries in terms of corruption with deficiencies in judicial independence, rule of law, press freedom, free speech and accountability and bribery.

Few American or even European companies would venture into the Iranian market given those conditions and those that do are most likely to work first with regime-controlled industries such as petroleum, shipping or transportation, which is why the first companies most likely to enter the market would be airplane manufacturers such as Airbus, oil companies and heavy equipment manufacturers.

But Cullis is woefully ignorant of the greatest barriers remaining for American companies, especially those engaged in consumer products and services, which the mullahs are hell bent on preventing access to anything that might lead to the Iranian people having greater access to items, goods and services the mullahs might consider “corrupting.”

American cornerstone industries such as entertainment would largely be excluded from Iran. Can we image movies such as “Argo,” “Zero Dark Thirty,” or “13 Hours” getting screen time in Tehran? Can we envision hit television shows such as “Homeland” or “Game of Thrones” airing on Iranian TV sets? Could we really see documentaries about Holocaust or the Iraq-Iran War finding an audience in regime-controlled media?

What about other U.S. industries such as Apple and the ubiquitous iPhone? Would the mullahs allow access to the iTunes store and give Iranians the freedom to use Facebook, Snapchat, Twitter or other social media platforms so far banned by the mullahs and even leading to the arrest and imprisonment of bloggers and other social media users?

Would the mullahs allow U.S. technology companies to enter the marketplace with tablets, WiFi routers, GoPro cameras, portable hard drives, etc? What is more likely is that instead of the rosy picture portrayed by Cullis is a more likely scenario where the mullahs will greatly restrict certain foreign companies from entering the Iranian market that could create a corrupting influence and threaten their reign of terror and suppression.

What is more likely is a “pay-to-play” model where companies will be forced to pay up bribes to regime officials to enter the market and be subject to tight restrictions on what could be sold and to whom. It is a scenario many companies would be reluctant to undertake which explains the reticence of many companies from jumping in with both feet the way Cullis is encouraging.

The fact of the matter is that while sanctions have been lifted, the mullahs still remain in charge and that alone is a significant obstacle for many companies. Coupled with the mullahs continued focus on aggressive military actions in Syria, Yemen and Iraq, as well as continued development of military capability such as ballistic missile design, it’s highly unlikely like McDonalds or Starbucks are going to be opening up locations in Iran and offering free WiFi to Iranians to go with their Big Macs and lattes.

For the vast majority of American consumer brands, entry into the Iranian market is far from a sure thing and remains a risky proposition as long as Iran remains a religious theocracy controlled by a cadre of mullahs who insist on imposing medieval punishments such as public hangings and amputations.