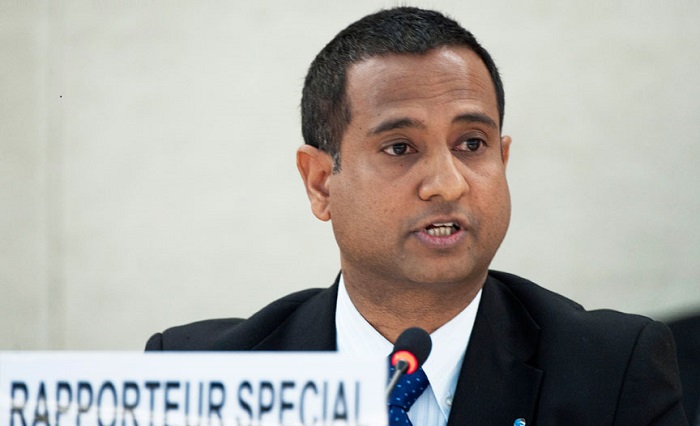 The Big Lie About Human Rights and the Iran Nuclear Deal

One of the more incredible stretches of imagination surrounding the proposed nuclear deal between the Iran regime and the rest of the world is the notion that the agreement with Tehran’s mullahs might somehow spur improvements in the regime’s bleak human rights record.

One of the strongest proponents of that lie has been the regime’s paid lobbyists, the National Iranian American Council, which put out a policy memo on its website attempting to reinforce the misconception.

The memo essentially consists of quotes taken from various people and groups identified with human rights issues in Iran, but notably does not include any quotes or comments from groups who have traditionally monitored regime human rights abuses, such as Amnesty International, nor does it include any comments from relatives or families of loved ones who languish in regime prisons or been subject to torture and executions.

It is also notable how many of the quotes are taken from purported human rights activists who in reality serve the regime such as Akbar Ganji, a self-described Iranian journalist who was previously a commander in the regime’s Revolutionary Guard and still has deep ties to the regime’s leadership.

The fact that NIAC also used a quote from Ahmed Shaheed, the United Nations Special Rapporteur for human rights in Iran is laughable considering revelations that the Iran regime launched a sophisticated smear campaign against him through the use of a fabricated WikiLeaks cable purporting to show bribes from Saudi Arabia that never existed.

“The apparently orchestrated campaign against Shaheed seems to fit into a familiar pattern of Iran smearing activists, dissidents, or even journalists by propagating misinformation about them.

Iran has repeatedly condemned Shaheed’s reports as unsubstantiated, biased and collated from anti-Iranian outlets. Shaheed has never been allowed to travel to Iran since his initial mandate was approved by the UN in 2011.

One could go through practically the entire list of quotes provided by the NIAC and simply use Google searches to reveal how factually incorrect and in error they are. It is an admirable show of deception on the NIAC’s part that rivals many of their past efforts to distort the regime’s true record.

The real record on the regime’s abysmal human rights record has been well documented not only by Shaheed and Amnesty International, but also by opposition groups such as the National Council of Resistance of Iran, news media and through the statements and actions made by ordinary Iranians demonstrating and protesting against the regime and those imprisoned such as Americans Jason Rezaian, Saeed Abedini and Amir Hekmati who still languish despite the nuclear agreement.

But everything the NIAC says seems to be constantly undercut by their masters in Tehran. Another glaring example was the complaint filed by the regime against White House press secretary Josh Earnest who has taken to insisting the U.S. retained the right to “use military force in the long run and the use of nuclear inspections to gain intelligence about Iran’s nuclear facilities”; calling Earnest’s statements a “material breach” of the nuclear deal itself.

The outlandish complaint was lodged with the International Atomic Energy Agency which has come under heavy criticism for negotiating two secret side deals with the regime and not making either available to the public or members of Congress currently reviewing the agreement.

The irony of the Iran regime’s complaint is that it exposes both provisions as being completely false and unenforceable since the regime has already clearly considered both to be invalid, even though deal supporters such as Trita Parsi and Reza Marashi of the NIAC have gone to great lengths to champion those same provisions of key examples of why the deal works.

One has to wonder who the American public should believe on this issue: the Iranian government or those lobbyists being paid by that same government and its allies?