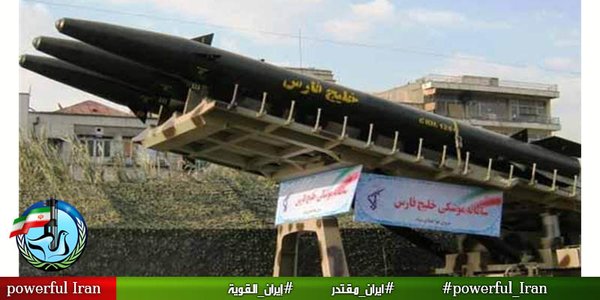 News Coming Out of Iran Keeps Getting Worse

The Iranian regime has been linked to a cyberattack on a small dam in the state of New York, which Sen. Charles Schumer (D-NY) plans on publicly linking the regime to, but the regime’s online activities have not been limited to cyber-assaults as revealed by a report by the BBC.

“A group of Twitter accounts seems to be designed to pump out crude Iranian propaganda aimed at an English-speaking audience – but the people behind it and their true motivations are a mystery,” the BBC said.

“Dozens of accounts tweet to thousands of followers in waves every few minutes throughout the day using the hashtag ‘Powerful Iran.’ Their profile pictures are Hollywood celebrities or stock photos, but their tweets almost always include pictures of Iranian military equipment along with random and sometimes seemingly irrelevant hashtags,” the BBC added. “All of the tweeted photos bear a logo showing a dove with a rifle on its back bearing the Iranian flag. They also include a caption using the “Powerful Iran” hashtag in three languages: English, Arabic and Persian.”

The mass automated tweet army, while not very effective, does demonstrate the Iranian regime’s efforts to expand its online activities and specifically target Western audiences; even if the language translations offer some stumbling blocks.

“The campaign attempts to leverage hashtags related to the U.S. government (#FBI, #CIA), Israel, Saudi Arabia, and some conservative U.S. hashtags,” says John Little, a security and intelligence expert who writes at Blogs of War. “It also bizarrely attempts to leverage hashtags from popular culture such as #GreaseLive which appears in several tweets.”

Whatever the intention, Little points out, the campaign itself is far from sophisticated.

“In terms of effectiveness the campaign is a miserable failure. Almost all of the tweets have gone unnoticed and have no retweets or favorites. The few interactions that I can find also appear to be faked by other bots. In fact, a review of the top tweets for the hashtag reveals that a large number of them are my tweets exposing the campaign,” he said.

The ham-handed efforts complemented the ongoing social media efforts of the Iran lobby, including Twitter accounts for regime advocates such as Trita Parsi (@tparsi) of the National Iranian American Council, but the regime’s media efforts don’t end there as an Iranian naval commander said Tuesday that Iran retrieved thousands of pages of information from devices used by U.S. sailors who were briefly detained in January.

The claim, published by Iranian state media, marks the latest example of how the authorities in Tehran has kept an incident considered embarrassing to the United States in the media in the two months since it occurred in what only be considered an ongoing PR war Iran is trying to wage over an incident that virtually all U.S. media have moved on from as the presidential race goes into overdrive.

It probably disheartens the regime to see virtually every leading candidate in the U.S. election denounce the Iranian regime and call for additional sanctions in the wake of recent ballistic missile launches.

Hard on the heels of those provocative missile tests, a U.S. official told CNN Iran could launch an even more advanced 3-stage missile “at any minute.”

CNN compares such a vehicle to the rocket North Korea employed to launch a satellite last month, and notes a successful test “would give Iran further insights into intercontinental ballistic missile technology.”

All of which demonstrates that the mullahs in Tehran show no desire to reduce their missile program and in fact intend to move even more aggressively forward; most likely in recognition that a new incoming U.S. president will have a public mandate to act more forcefully with the regime – unlike the Obama administration’s run of public appeasement.

This may also explain why the regime is so focused on crushing any public dissent at home with ever growing human rights violations that have come to the forefront of human rights officials and organizations as pointed out in a story in the Daily Caller.

Ahmed Shaheed, the special rapporteur for Iran, told the U.N. Human Rights Council Monday “at least 966 persons — the highest rate in over two decades — were executed in [Iran in] 2015.” Last year’s executions represented an increase of 213 from the 753 executed in 2014.

“At least 73 juvenile offenders were reportedly executed between 2005 and 2015,” said Shaheed. “At least 160 others are awaiting the same fate on death row.”

Iran’s harsh crackdowns have not been limited to state executions, according to Shaheed. He said that as of January, at least 47 journalists and activists were imprisoned in the country. As many as 270 internet cafes were also closed for their supposed “threat to societal norms and values.”

Amnesty International’s report on Iran for 2015/2016 details many of the various human rights abuses the country continues to engage in, despite the renewed relationships it has made with the world since the Joint Comprehensive Plan of Action (known as the Iran nuclear deal) was inked last July. Iran’s violations range from the aforementioned executions to freedom of speech, and everything in between.

The report also noted that Iranian police engage in torture of prisoners during interrogations to illicit confessions. Sentences for those found breaking Iran’s strict penal code include a range of public punishments including “flogging, blinding and amputations.”

Religious persecution continued to be a mainstay in the country. Baha’i, Christians and Sunni Muslims continue to be arrested regularly and are hampered when trying to gain employment, education and the ability to practice their respective religions. Ethnic minorities continue to live under similar conditions.

As the bad news continues to flow out of the Iranian regime, it shouldn’t come as a surprise and had been widely anticipated by Iranian dissident groups. We can only hope the rest of the world will pay attention.