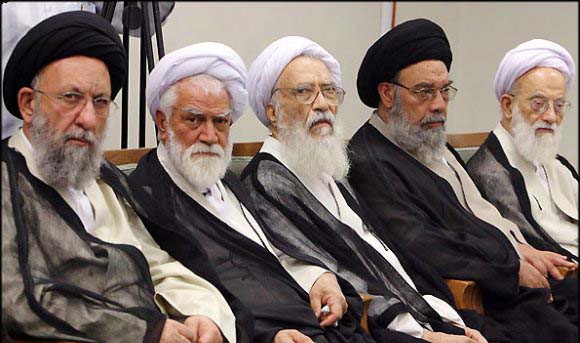 Iran Regime Continues to Suffer Setbacks at Home and Abroad

It must be tough to be a ruling mullah within the Iranian regime these days. Only a few months ago you must have been feeling on top of the world.

Syria was a carnal house of chaos that was diverting global attention away from all of your schemes and plots.

ISIS was busy destroying everything and everyone in its path and you got plaudits for claiming to fight them.

You had a nuclear deal in hand that flooded your depleted bank accounts with billions in cash enabling you to go on personal shopping sprees for new weapons and upgrade your ballistic missiles and you didn’t have to give anything away for it!

Your lobbying and PR machine were running an echo chamber braying loudly in support of your causes and portraying your handpicked puppet president as a paragon of moderation.

What a difference a few months make.

ISIS is being pushed back by determined Iraqi troops and Syrian rebel groups backed by U.S. forces who have now shown a willingness to shoot Iranian drones, convoys and troops if threatened.

The incoming Trump administration has openly called for and getting a legislation imposing new economic sanctions for Iran’s support for terrorism and its development of ballistic missiles.

The cash flow may soon run dry as European countries, eager to invest in Iran, are now confronted with the stark possibility of running afoul of U.S. Treasury officials.

Your latest presidential campaign where your boss, Ali Khamenei, tried to engineer the election of his hardline successor fell flat on its face.

Worst of all, the longest-running Iranian dissident group is experiencing a resurgence in support not only in many world capitals, but more distressingly on the streets of Iranian cities.

It’s enough to make a mullah want to cry, except the mullahs that control Iran and its people aren’t likely to get sentimental or panic. If anything, they will do what they have always done which is crack down on its people, engineer more attacks abroad and use its overseas lobbyists to threaten global leaders.

But that same old recipe may no longer find much traction as the ground has shifted considerably on the regime.

One big blow came when U.S. federal prosecutors won a courtroom victory in their nine-year effort to seize a midtown Manhattan office tower owned by an Iranian charity.

A jury on Wednesday found that the charity, the Alavi Foundation, was controlled by the Iranian government. It also agreed with prosecutors that the charity’s management of the Fifth Avenue office building, which has generated millions of dollars in rental income annually, constituted a violation of U.S. sanctions against Iran, according to Bloomberg.

The verdict, which came after a day of deliberations, means that Manhattan prosecutors can move ahead with their attempt to seize the building at 650 Fifth Avenue, a prime location. The government plans to sell the property, which is valued at more than $500 million, and distribute much of the proceeds to victims of Iranian regime-sponsored terrorist attacks.

In 2014, U.S. District Judge Katherine Forrest granted summary judgment to prosecutors’ forfeiture request, agreeing that the government had established that the building’s primary owners — the Alavi Foundation and a shell company controlled by the government of Iran — had been violating Iran sanctions laws since 1995.

The blow is especially big for the Iran lobby since the Alavi Foundation was a prime financial supporter of noted lobbying groups such as the National Iranian American Council and the Ploughshares Fund, both of which are likely to be crippled by the loss of cash.

This comes in contrast to the strong growth of the Iranian resistance movement within Iran, which has fought hard to stifle any news of protests from getting out, but lately those acts of defiance have grown bolder and been more publicized thanks to social media.

The National Council of Resistance of Iran (NCRI)/People’s Mujahedeen Organization of Iran (MEK) says hundreds of videos and photos of the incidents have been taken in dozens of towns and cities, and compiled a sample in a video clip.

Photos of NCRI leaders Maryam and Massoud Rajavi feature prominently, along with slogans which the NCRI translated as saying, among other things, “My vote regime change, down with Khamenei, our choice Maryam Rajavi.”

Such demonstrations are highly risky in Iran, a repressive state that has outlawed the NCRI/MEK as a “terrorist” group and executes hundreds of people each year for crimes including political and security offenses.

“I was a college student in Iran and like my brother I spent five years in the regime’s jails as a political prisoner. Long interrogations, solitary confinement, forced to witness my brother being beaten, deprived of any contact with my family, death threats and mock executions were the tortures I was placed through,” she said.

“During my time behind bars I was deprived of any furlough. I witnessed many crimes by the regime authorities, many executions and tortures inflicted not only on political prisoners, but also ordinary inmates arrested on other charges,” she added.

It may be time for the mullahs to pull out the tissue and have a good cry.