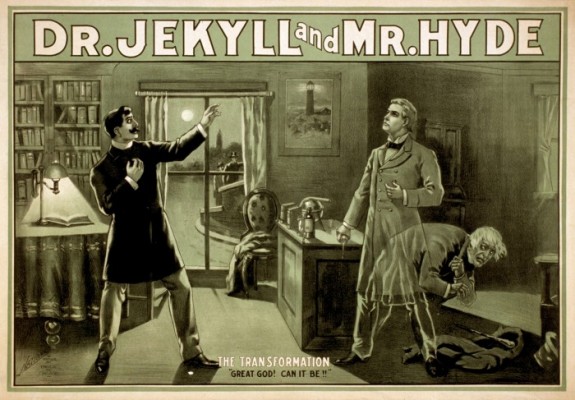 There are many descriptions throughout history of governments or leaders presenting two different sides of their personalities. Ancient Rome even created the god Janus to describe the two-faced nature of looking into the past and future, while in our modern vernacular we describe people who are “two-faced” as being duplicitous or deceitful.

In literature, the story of Dr. Jekyll and Mr. Hyde takes this split personality idea to the extreme in depicting a man who could possess vastly different moral character through a transformation that turned him from an ambitious physician to a demented killer.

In many ways, the Iranian regime presents a similar split personality to the world in which on one hand – aided by the Iran lobby – the mullahs seek to portray themselves as a modern nation bent on joining the international community with a leadership focused on moderation and peaceful goals. On the other hand, the regime’s actions in terms of its support of proxy wars, terrorist groups and human rights crackdowns shows a regime intent on an almost murderous path of destruction.

This “Jekyll and Hyde” nature was examined by Marc Champion in a Bloomberg View editorial in which he said:

“The Hyde part of this analogy seems clear: it’s Iran’s clerical regime. It retains power by dictating who can stand for election, repressing and censoring political and cultural opposition and executing about 1,000 people per year. Abroad, it arms terrorist groups and tests ballistic missiles emblazoned with the words ‘Israel must be wiped out.’

“The Jekyll side is less understood. This is the Iran where an American is more likely to get an enthusiastic reception than in any other country I’ve visited in the Middle East; as far back as 2002, survey data suggested that three quarters of Iranians wanted closer relations with the U.S. Iranians are better educated than citizens of other countries in the region and women make up 60 percent of the university student body (enough for the regime to try to start excluding them from certain courses). The economy, though far too oil dependent, is more diversified than others in the Persian Gulf. Above all, Iran is a stable nation state with thousands of years of history in a region of shifting sands.”

And there lies the conundrum of Iran, a nation filled with millions of people who yearn for normalcy, freedom, peace and access to the rest of the world without fear of censorship or oppression, but all of whom are under the collective thumbs of a religious theocracy dominated by mullahs and backed by the Revolutionary Guards and religious courts.

Champion interviewed Ali Kedery, the longest-serving senior U.S. official in Iraq from 2003 to 2009, after which he went to work for ExxonMobil. From there went on to set up Dragoman Partners, a consultancy based in Dubai, on his views on this split personality.

“You cannot separate Dr. Jekyll from Mr. Hyde. President Obama and his very inexperienced and ideological team have bet the farm on their ability to separate the regime from the Iranian people. But you are dealing with a real regime, one that has deep roots planted since 1979.”

Kedery went on to describe the regime’s vice-like grip on political power — proved by its crushing of pro-democracy protests in 2009 — and over Iran’s economy. As a result, he said, the idea that hardliners will allow Western capital and interaction penetrate the country to such an extent that it can erode their power and change the nature of the regime is dangerously wrong:

“They are not stupid. The model they have adopted is something like Russia’s or China’s. There will be a lot of foreign direct investment, but they will make sure it is directed towards the government.”

The grip the mullahs have over the Iranian people is almost absolute through the rigorous use of arrest, imprisonment and execution as the primary means of domestic crowd control. Often times the use of such tools rises in concert with the rise of political movements within Iran for political liberalization or even regime change.

The current regime of Hassan Rouhani has been especially brutal in meting out the ultimate punishment as human rights groups such as Amnesty International and the United Nations has noted as Iran has sought to control any dissent during the run up to the nuclear deal.

Dr. Majid Rafizadeh, an Iranian-American political scientist and Harvard University scholar, is president of the International American Council and wrote about the surge in executions in Al-Arabiya.

“The Islamic Republic of Iran has hit the highest rate of executing people since the year 1989. The official number indicates that Iran executed nearly two times more people in 2015 in comparison to 2010 when the hardline president Mahmoud Ahmadinejad was in office, as well as roughly 10 times more than the number of executions in 2005,” he wrote.

Michael G. Bochenek, senior counsel of the children’s rights division at Human Rights Watch pointed out “Iran is almost certainly the world leader in executing juvenile offenders.” Some articles in Iran’s criminal code allows girls as young as 9 and boys as young as 15 to receive death sentences. In addition, ethnic and religious minority communities, including the Sunni, Arabs, and Bahai continue to be systematically targeted and discriminated against, he added.

The use of lethal punishment as a means of statecraft and controlling a population is the Mr. Hyde nature of the regime and the face that the Iran lobby works diligently to keep covered up.

Nowhere is the dual nature of the Iranian regime on display better than in Syria, where on the one hand its direct involvement in keeping the Assad regime alive with arms, fighters and cash led to a bloody civil war that has claimed the lives of over 300,000 people and led to half of the population of Syria becoming displaced and turned into refugees.

Yet the Iranian regime has the temerity to insist any resolution of Syria’s conflict that does not include Assad could lead to “Armageddon” in one of the biggest examples of hyperbole since the Greeks claimed the Trojan Horse was a gift to Troy.

Iranian regime foreign minister Javad Zarif said that every country in the Middle East needed to think about ways to end decades of military and sectarian conflict, but that this must not include a redrawing of post-World War II borders to give groups such as the Kurds or the Islamic Alawite sect their own regions.

“Change in how we govern, change in how we interact with each other. That is what requires change,” Zarif said during a speech at the Australian National University in Canberra. “Changing borders will only make the situation worse. That will be the beginning – if you believe [in religious texts] – of Armageddon.”

Zarif also reaffirmed Iran’s view that negotiations aimed at ending Syria’s conflict shouldn’t be derailed by premature demands for the ouster of Bashar al-Assad, warning that the Syrian president’s future must not be a precondition of negotiations among the regime and opposition groups.

Given the two-faced nature of the regime, we can only assume that Zarif’s comments mean the actual opposite.