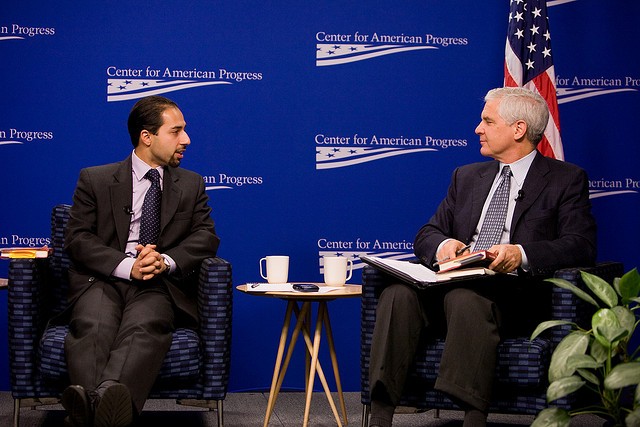 The central conceit of the proposed nuclear weapons deal with the Iran regime is a simple one: Iran’s mullahs can be trusted to act moderately and peacefully. It’s an idea that is hopeful, optimistic and enticing. It’s an idea propagated by the extensive lobbying and PR machine built up to support the mullahs in Tehran. It is an idea designed to reassure nervous Americans and provide political cover for wavering congressional lawmakers.

It is an idea fatally flawed.

The concept of trust is defined as a “firm belief in the integrity, ability, or character of a person or thing; confidence or reliance.” In order for trust to work, it assumes that the party in question – in this case the religious theocracy ruling Iran – has either demonstrated an ability to be trusted or expressed a desire to be trusted and then lives up to it.

In the case of the mullahs, nothing could be further from the truth. In their every action, the Iran regime has demonstrated again and again that it cannot be a reliable partner in any international agreement.

On the nuclear issue alone, Iran regime signed the Non-Proliferation Treaty yet violated the terms of the treaty by engaging in nuclear weapons development prior to 2003 and through 2012, leading to the stockpiling of 20 percent enriched uranium and the development of related weapons programs such as warhead detonation and missile delivery design. The International Atomic Energy Agency has found Iran in non-compliance repeatedly over the past decade.

Putting the nuclear issue aside for a moment, Iran also signed the Chemical Weapons Convention, but moved forward in supporting the Syrian regime of Bashar al-Assad after he used chemical weapons on his own people. Interestingly enough, while the regime’s top mullah Ali Khamenei has issued a much-ballyhooed “fatwa” or religious edict proscribing the use of nuclear weapons, he did not rule out the development of those weapons, nor did he mention chemical or biological weapons.

For the Iran regime language and its nuances is vital to its aims which is why the proposed nuclear agreement is a paltry 159 pages and does even include two secret side deals with the IAEA. The SALT and START treaties between the U.S. and Soviet Union dwarf it with detailed provisions and requirements.

This explains why the regime has strenuously held out for a finite time limit in any further sanctions or limits on its nuclear development; the mullahs have the patience of Job and are content to outwait the rest of the world. The fact that the proposed deal has no further limitations after 10 years means Iranian regime is free to scale up to industrial capacity in enriching uranium. The fact that its centrifuges will not be destroyed – only unplugged and stored – allowing Iranian regime to keep its refining infrastructure intact.

All we have done is kick the can down the road for a decade and allow another administration and Congress to deal with the mess.

Oddly enough, those elected officials supporting the deal have basically placed their faith and re-election hopes in the hands of the mullahs. There can be no other interpretation of their support. They are betting on the mullahs which seems an inane act unless you consider the lobbying force the mullahs have deployed.

Michael Rubin in a piece for Commentary delves deeply into the financial support for the Iran lobby; looking specifically at the Ploughshares Fund which spreads its millions of dollars around to a number of regime supporters, including the National Iranian American Council. He also connects the dots of how many staffers and activists supporting the regime are funneled through groups and entities with close ties to the regime.

“Those staffing NIAC, for example, have always sought an end to sanctions against the Islamic Republic of Iran. Many had worked for Atieh Bahar, a Tehran-based consultancy close to former Iranian regime President Ali Akbar Hashemi Rafsanjani. They are not chameleons, changing their stripes to match their funders,” Rubin said.

“When NIAC policy director Reza Marashi, an Atieh Bahar alum, worked for the State Department during the George W. Bush years, he was not pro-democracy agenda, but was understood to be sympathetic to an embrace rather than isolation of Iran. Indeed, his persistent questions about the recipients of U.S. aid inside Iran raised security concerns,” he said. “Likewise, when NIAC received a couple hundred thousand dollars from the National Endowment for Democracy, Trita channeled it to organizations close to the Iranian government.”

Rubin lists the extensive donations made by Ploughshares to benefit regime supporters, including:

All of these groups work in aligning the interests of the mullahs and in pressing for a deal that releases them of any obligations to change their behavior while setting the stage for turmoil down the road.