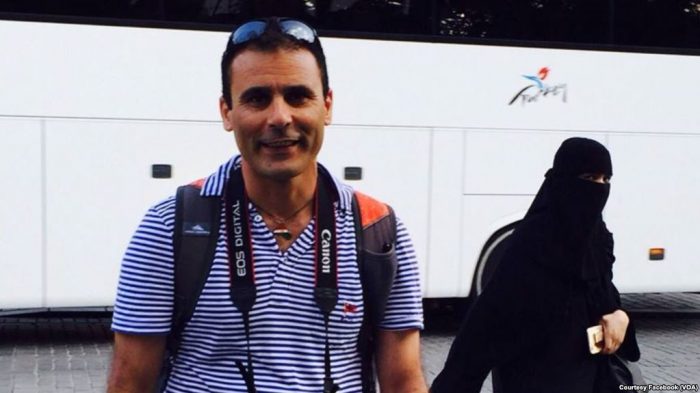 One of the hallmarks of the Iranian regime has been its callous disregard for the value of human life. It is a characteristic that pervades much of the regime’s activities from its foreign policy to judicial process to economy.

If one examines history, totalitarian and fascist governments have often worked diligently to reduce the value of an individual life in favor of the collective good as a means of exerting greater control over the people.

Iran is no different as the mullahs figured out that the pathway to ironclad control in the wake of the revolution was to ensure that dissenters could be arrested, beaten, imprisoned, exiled and even killed with virtual impunity.

That philosophy has been at the center ever since and to this day has manifested itself in policies that have caused pain and suffering across the entire Middle East.

In foreign policy, the Iranian regime has pursued conflicts that have resulted in some of the worst humanitarian disasters since the end of World War II, namely the Syrian civil war which has claimed 400,000 lives and displaced over four million people.

The mullahs’ decision to enter that war—after the Assad regime was found to be using chemical weapons on its own people—and save Assad sparked a sectarian conflict that now rages across Iraq, Yemen and has sparked now into the Gulf States.

The fact that Iranian regime is so willing to start conflicts, especially through the use of proxies such as terror groups like Hezbollah and the Houthis. Now come increasingly more worrisome reports over evidence that the Iranian regime may be behind terror activities in Bahrain including the operation of a secret bomb factory.

According to the Washington Post, the men who built the secret bomb factory had been clever — suspiciously so, Bahraini investigators thought, for a gang known mostly for lobbing Molotov cocktails at police. The underground complex had been hewed, foot by foot, beneath the floor of a suburban villa, with no visible traces at street level and only a single entrance, hidden behind a kitchen cabinet.

But the real surprises lay inside. In one room, police found $20,000 lathes and hydraulic presses for making armor-piercing projectiles capable of slicing through a tank. Another held box upon box of the military explosive C-4, all of foreign origin, in quantities that could sink a battleship the Post said.

“Most of these items have never been seen in Bahrain,” the country’s investigators said in a confidential technical assessment provided to U.S. and European officials this past fall that offered new detail on the arsenals seized in the villa and in similar raids that have occurred sporadically over nearly three years. In sheer firepower, the report said, the caches were both a “game-changer” and — matched against lightly armed police — “overkill.”

The report, a copy of which was shown to The Washington Post, partly explains the growing unease among some Western intelligence officials over tiny Bahrain, a stalwart U.S. ally in the Persian Gulf and home to the Navy’s Fifth Fleet. Six years after the start of a peaceful Shiite protest movement against the country’s Sunni-led government, U.S. and European analysts now see an increasingly grave threat emerging on the margins of the uprising: heavily armed militant cells supplied and funded, officials say, by Iran.

That disturbing revelation shows that the mullahs’ decision to widen conflict in the region and continue pursuing their vision of a greater sphere of Shia influence; contrary to all the protestations and messaging of the Iran lobby, is a core cause of most of the turmoil in the Middle East.

Even the practice of snatching hostages has become a standard practice for the mullahs from the very beginning of the revolution with the American embassy takeover to the recent practice of arresting and imprisoning dual-national citizens based on the despicable principle that Iran does not recognize dual citizenship.

For the mullahs, the value of hostages has been unfortunately proven true by the rash and unwise decision by the Obama administration to effectively ransom American hostages as part of the nuclear agreement negotiations. That only emboldened the mullahs to continue the practice.

Several of their current prisoners include a British mother and charity aid worker, a missing American former FBI agent, two businessmen and an American college student who was recently released on bail.

The American of Iranian descent was arrested in Iran in July and sentenced to 18 years’ imprisonment on dubious charges has been released on bail after he went on a hunger strike, rights activists reported on Monday, according to the New York Times.

The American, Robin Shahini was released about two weeks ago, just before the start of Nowruz, the Persian New Year, according to news by rights groups.

It was unclear whether Shahini’s release was temporary or if he could leave the country, Shahini had been required to post bail of 2 billion rials — about $60,000 — and that he could be sent back to prison if his conviction were affirmed on appeal.

Shahini, a graduate student at San Diego State University, is one of at least four Americans of Iranian descent who have been imprisoned in Iran since the country negotiated a nuclear agreement with major powers including the United States in 2015.

Many rights activists regard the imprisonments as a warning to Americans of Iranian descent not to view the nuclear agreement as a sign of better relations between the United States and Iran.

Other Americans held in Iran include Siamak and Baquer Namazi, a father and son who were sentenced in October to 10 years’ imprisonment, as well as Karan Vafadari, an art gallery owner, and his wife, Afarin Niasari, an Iranian with permanent United States residency status. The precise nature of the charges against them are unclear.

Iranian regime considers imprisoned Iranian-Americans to be citizens of Iran and does not afford them consular privileges ordinarily granted to foreign citizens.

For the mullahs, granting any individual basic human rights seems to be out of their plans.