Lately, a group of representatives sent a letter to the U.S. Treasury Secretary, Steven Mnuchin, calling for sanction’s relief for Iran. They also questioned the designation of the Iranian regime’s Central Bank, which is the main source of financing the IRGC, which is behind the Iranian regime’s terrorist activities and regional aggressions. The move did not seem a usual one, particularly at a time that a recent report by Reuters speaks of a massacre of at least 1,500 protesters during the November nationwide unrest in Iran.

“About 1,500 people were killed during less than two weeks of unrest that started on Nov. 15. The toll, provided to Reuters by three Iranian interior ministry officials, included at least 17 teenagers and about 400 women as well as some members of the security forces and police.” Reuters reported.

“The toll of 1,500 is significantly higher than figures from international human rights groups and the United States,” Reuters added.

Apparently the letter by a small group of representatives did not sound right to Hanif Jazayeri, and after digging into the issue, he expressed his concerns in a thread on his Twitter account. Jazayeri proposed that “the letter was probably drafted by Iran’s mullahs”. The proposition was due to his finding that several of the NIAC affiliates are now working at the offices of various U.S. representatives.

Tyler O’Neil, a senior Editor on PJ Media, expressing concern over the role of the Iranian lobby on the letter writes:

“An organization long described as a front group for the Iran regime sponsored the letter and has embedded staffers with many of the letter’s supporters in Congress, including Reps. Barbara Lee (D-Calif.), Ilhan Omar (D-Minn.), and Rashida Tlaib (D-Mich.).”

Referring to Mr. Jazayeri’s thread on Twitter who had originally exposed the case, O’Neil asks:

“Is Iran’s regime quietly infiltrating Congress?” M. Hanif Jazayeri, news editor at Free Iran, asked on Twitter. He pointed out that many of these congresswomen hired current or former staffers with the National Iranian-American Council (NIAC), an organization with many links to Iran’s regime and which Iran state-media has described as “Iran’s lobby” in the U.S.

Jazayeri added that NIAC “has a mole in Congress. [Samira Damavandi] is now a permanent Legislative Assistant in the Office of [Barbara Lee]. That could potentially give her (& the regime) access to US citizens’ data.”

The Gateway Pundit, also wrote a piece that was widely shared on the social media, reminding how  the Iranian lobbies, work to lift the sanctions, while “At the Same Time Mullahs In Iran Are Killing Democracy Protesters in the Streets”.

In return NIAC, reacted furiously and started a series of attacks on the activist (Hanif Jazayeri) who had exposed their plot, and were frustrated about the revelation.

In the meantime, another activist on social media, Heshmat Alavi a writer and human rights activist, wrote a thread, in which he exposed what NIAC and its affiliates have been doing to infiltrate the U.S. Congress and impact the U.S. policy towards Iran.

The discussions on the issue continues on social media. Adjunct professor at Notre Dame University and Lawyer, Professor Margot Cleveland, calls for a journalist with an international outlet to do a report on the concerning news: 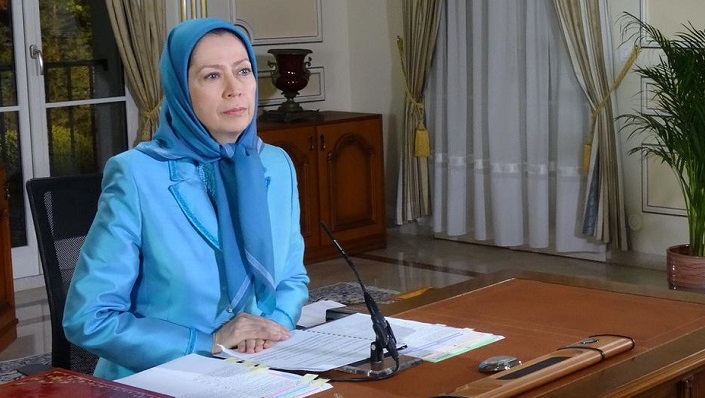