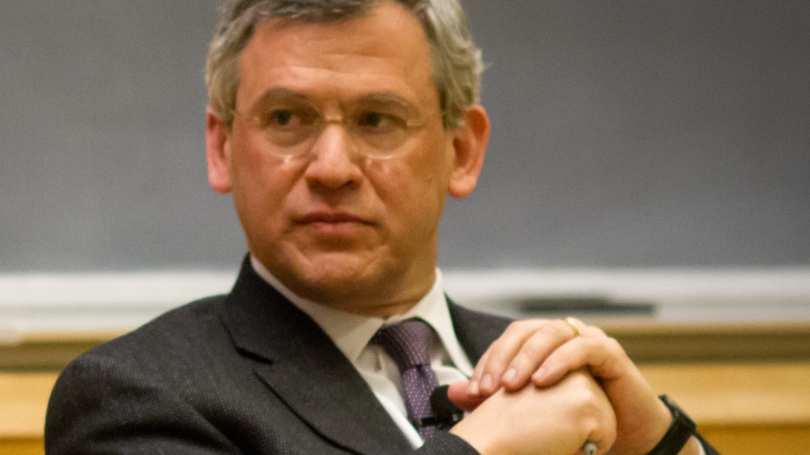 As Iran Lobby Covers for Iran, the Regime Acts Worse

So much for Iranian moderation.

The Iran lobby, led by the National Iranian American Council, has long maintained that following the nuclear agreement, Iran would become a more moderate force in the Middle East and a new period of U.S.-Iranian relations would spring forth.

The unfortunate truth has been the complete opposite—much to the Iran lobby’s chagrin—but Iran’s militant actions are continually defended by their staunch advocates with nary a word of criticism ever coming out.

It did not matter if top mullah Ali Khamenei threatened destruction on the U.S. or restated continually that Iran would be on a war footing to oppose the U.S. as the “Great Satan.”

It did not matter if Iran took American citizens against their will and locked them up only to demand billions of dollars in ransom and even after negotiating a prisoner swap, the mullahs again took more Americans hostage and again stated plainly and openly its hope to garner more billions of dollars.

It did not matter what the Iranian regime did because the Iran lobby was always going to ignore the bad news and keep pushing a positive narrative.

But now with the new Trump administration assembling its national security team, which appears to be comprised of many critics of the Iranian regime, the Iran lobby finds itself trying out new tactics to protect the regime.

Part of this new effort includes trying to throw mud at potential Trump appointees in an effort to discredit them such as former New York mayor Rudy Giuliani who is being touted as a potential Secretary of State, or former UN ambassador John Bolton who is also being considered for a top foreign policy post.

An example of the smear campaign by the Iran lobby was a scandalous editorial that ran in Politico authored by Daniel Benjamin who attacked Giuliani ruthlessly by using information provided by Iran’s intelligence agencies in their efforts to smear Iranian opposition groups.

It is interesting to note that the information Benjamin used was taken almost word for word from similar postings made by Iranian-linked sources attacking opposition and democracy groups, but the fact that he went so aggressively after Giuliani demonstrates the level of pressure the Iran lobby must feel as Trump’s cabinet is beginning to shape up with well-known Iran skeptics.

Robert Torricelli, the former U.S. Senator from New Jersey, penned a scathing rebuke to Benjamin in Politico that correctly pointed out the attack against Giuliani had little to do with the former mayor, but rather was aimed at the broader Iranian resistance movement that has gained substantial support from both Democrats and Republicans in recent years.

It is this democracy movement that causes the most panic amongst the mullahs in Tehran since it represents a homegrown opposition of fellow Iranians and makes a lie of the idea the Iranian government indeed has moderate elements within it.

Instead, the mullahs have cracked down harshly against opponents both political and otherwise with mass arrests of journalists, students and other activists and ensuring the election of a parliament securely filled with their loyal supporters.

These are all things the Iran lobby chose to ignore and with every Iranian provocation, groups such as the NIAC maintain their deafening silence.

Take for example statements made the other day by the chief of staff of Iran’s armed forces where he openly called for an expansion of Iranian military bases in other countries.

“We need distant bases, and it may become possible one day to have bases on the shores of Yemen or Syria, or bases on islands or floating (bases),” said General Mohammad Hossein Baqeri, quoted by the Shargh daily newspaper.

“Is having distant bases less than nuclear technology? I say it is worth dozens of times more,” added Baqeri, who was speaking at a gathering of naval commanders.

It is no accident he names Syria and Yemen, both countries that Iran has spent considerable resources in financing, weapons and fighters to hold as vassal states.

This part of the larger narrative and vision the mullahs in Tehran have openly talked about in creating a Shiite sphere of influence stretching from the Mediterranean to the Indian Ocean. It is also why Iran is engaged in sectarian wars against Sunni tribes in Iraq and Sunni-majority nations such as Saudi Arabia and the Gulf States.

Even Iran’s fight against ISIS is not about combatting terrorism but trying to eliminate a Sunni rival for regional hegemony.

So long as the Iran lobby continues its efforts to provide cover for the mullahs, it is reasonable to believe that whatever groups such as the NIAC has to say about Iranian intentions will always be suspect.