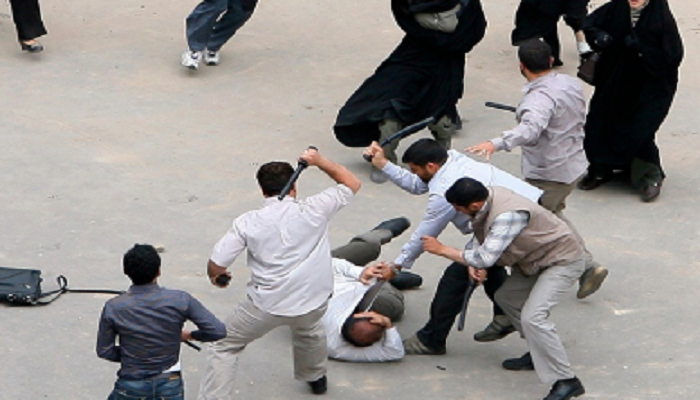 During the third round of ongoing talks between the P5+1 and the Iran regime, there has been much discussion about centrifuges, enriched uranium stockpiles and reactor designs, but there has been scant discussion about the most pressing problem and that is the pitiful state of human rights within Iran and in areas of Iranian influence.

Reagan’s famous remarks about the Evil Empire could today be paraphrased to say: “The Iran regime is an Evil Empire, and the extremist Islam is the focus of evil in the modern world.”

The regime’s dismal human rights record is beyond dispute from official sources such as the United Nations Special Rapporteur on human rights in Iran, Mr. Ahmed Shaheed, who has now issued several blistering reports condemning mass arrests, torture and killings by the Iran regime.

Non-governmental organizations such as Amnesty International have similarly condemned the Iran regime for the large increase in public executions, arrests and imprisonment without trial or charge for political dissidents, religious minorities, foreign citizens and ordinary Iranians for innocuous acts such as posting mash up videos on the Internet.

The sharp increases of brutality under the tenure of president Hassan Rouhani has coincided with ongoing nuclear talks, as well as the launching of several proxy wars by Iran’s military and intelligence services under the mandate of Iran’s top mullah, Ali Khamenei, including the sectarian civil war in Syria, the rise of warring terror groups in Iraq and the overthrow of the Yemen government, all with backing and coordination from Iran.

There has also been some questions and criticism being raised in the U.S. and amongst other nations negotiating with the regime that the lack of focus and inclusion of human rights is a serious mistake and may let Iran’s mullahs “off the hook” so to speak and allow them to gain significant relief from economic sanctions without having to make any changes in their foreign or domestic policy.

At the core of any successful nuclear deal must be the confidence that Iran will abide by it. An improved human rights record would provide the evidence necessary that regime change was possible moving forward. Without it, how can any signatory nation truly believe that Iran mullah’s signature was worth the paper it was affixed to?

Not holding Iran’s mullahs accountable for human rights violations and tying a comprehensive nuclear accord to a nuclear agreement would be devastating for the thousands being held captive not only in Iran, but in Lebanon, Syria, Iraq and Yemen, as well as all those suffering under extremist groups radicalized by Iran’s mullahs in places such as Libya, Egypt, Nigeria and Afghanistan.