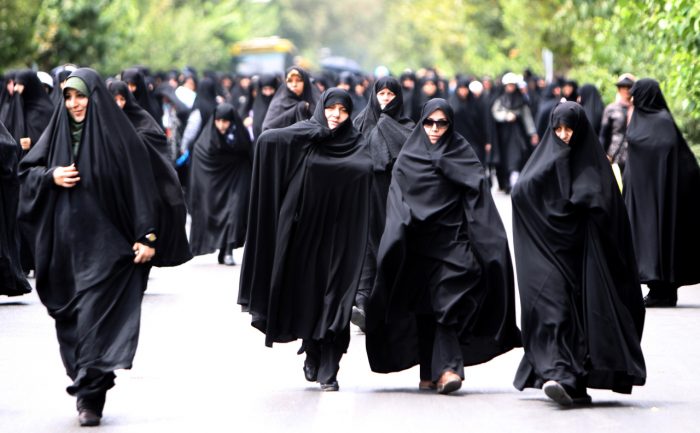 This Sunday, March 8th will mark International Women’s Day (IWD), a global celebration of women’s economic, political and social achievements and a rallying cry to further women’s rights at a time when they are under serious threat in a number of countries.

Each year the United Nations designates an official theme for IWD and this year’s theme is “Empowering Women, Empowering Humanity: Picture It” with a dedicated social media hashtag of #IWD15, while other popular hashtags making the rounds this weekend include:

All of them aim to raise awareness for women and show support for their causes around the world and support is exactly what women need at a time when their rights and physical safety are under the greatest threats in modern history.

There has been an unprecedented assault against women around the world, especially from Islamic extremist groups who have sought to drastically turn back the clock and treat women as livestock or possessions to be sold, bartered, enslaved and abused.

In Nigeria and now neighboring Chad and Sudan, Boko Haram has gone to great lengths to publicize its kidnappings of thousands of young girls and sell them into sexual slavery. While the nifty little hashtag of #BringOurGirlsBack generated some celebrity support, it did little to actually change things on the ground.

In Syria and Iraq, ISIS has captured thousands of women and girls from Yazadi, Kurdish, Iraqi and Syrian villages and towns and turned them in ISIS fighter brides or simply sold them as sex slaves. Amnesty International and the UN have extensively documented eyewitness accounts of the brutality these women and girls have suffered at the hands of extremists who have used a perverted view of Islam to justify their actions.

Meanwhile an active online recruitment process has enticed unsuspecting young women to flock to Syria and join ISIS, most notably three British teenagers who left for Syria via Turkey.

Sitting at the heart of all of these abuse of women lays the greatest offender of all: the Iranian regime.

Iran’s autocratic and theocratic regime ruled by iconoclastic mullahs regularly oppresses the women of Iran in order to bend them into conforming to its harsh and unyielding views of the role of women in the society that is both oppressive and actually against the teachings of Islam.

For example, Iran has few if any laws specifically safeguarding the rights of women. Instead the laws on the books, both civil and criminal adversely affect women in how they dress, how they act in public and what they can do from shopping to transportation to education to careers.

There are nearly 70 university degrees banned from women, which is absurdly ironic given the lobbying efforts recently by the regime’s U.S. mouthpieces, the National Iranian American Council, which took a U.S. university to task for banning Iranian students from taking classes that could teach technology used in Iran’s nuclear development program.

Iran’s religious and paramilitary police also enforce religious law on the streets through abusive tactics that include public beatings and assaults or arrest and imprisonment. In a further abomination of traditional Islamic values, Iran’s mullahs have allowed over 40,000 child brides to be wedded just in 2014 and recently adopted a new law allowing men to marry their adopted children.

All of these acts flies in the face of the actual teachings of the Muslim faith and demonstrates how religious leaders can twist anything to their own whims and needs, as well as use religion as a blunt weapon to bludgeon dissidents into submission.

But the bright hope still remains in the Muslim world with moderate groups fighting this kind of oppression, most notably Mrs. Maryam Rajavi, a strong woman leader who leads the largest global resistance group to the Iranian regime.

While women and girls undergo acid attacks and shootings just for disobeying the mullah’s dress code, we should all remember them this weekend not just with hashtags, but also action such as telling our Congressmen to hold Iran’s mullahs for their actions and demand change.