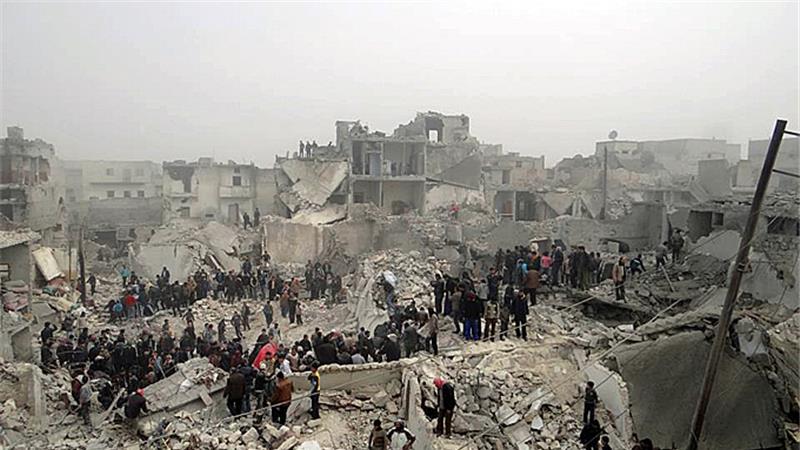 Since the Iran nuclear deal was agreed to last year have things gotten better or worse in the Middle East?

It isn’t just a speculative question for polite cocktail conversation. It goes to the heart of a key question facing not only the incoming Trump administration, but the entire world really since if the answer is a definitive “No” the world will have to significantly alter its approach to the Iranian regime since the policy of appeasing it over the past two years has been an abject failure.

Part of the challenge in dealing with the mullahs in Tehran is that while the nuclear agreement only dealt with the nuclear portion of Iran’s actions, it has been the Iranian regime’s actions in all other areas that have contributed to what can only be called a mess of global proportions.

One of the central tenets of the Iran lobby’s support for the nuclear agreement was that it would foster more moderate behavior from Iran, empower moderate elements in the government and lead to a pathway for regional peace with Iran as a central broker.

None of those things have come to pass. In fact, since the agreement, things have only gotten significantly worse, which is why a debate is raging in Washington and other capitals about what to do with Iran and the nuclear agreement moving forward after the Trump administration assumes office.

For the Iranian regime and the Iran lobby, the threats have been clear and loud; revocation of the agreement would lead to “dire” consequences with intimations of a new arms race and confrontation.

It’s hard to imagine how much worse things could get as the Iranian regime has helped contribute to the deaths of 800,000 people in Syrian, turned another four million in refugees swamping nations from Germany to Hungary to Greece, to starting a conflict in Yemen that threatens to start a regional war with Saudi Arabia and potentially drawing in the U.S. and Russia into direct military conflict.

This is not hyperbole. It is a very real possibility and much of it can be blamed squarely at the policies of Ali Khamenei and Hassan Rouhani and their clerical brethren.

The response from U.S. lawmakers has become increasingly tough as Democrats and Republicans have joined in criticizing the Iranian regime as they recognized the political mood of the American voter after a historic election.

Senate Democrats are ripping Iran over threats issued by top Iranian officials to retaliate if Congress extends sanctions that the Obama administration has said are permitted under last summer’s nuclear deal, according to conversations with lawmakers conducted by The Weekly Standard.

Iranian regime officials have threatened reprisal in recent weeks if Congress extends the longstanding Iran Sanctions Act (ISA) and have called the potential 10-year extension a violation of the nuclear deal.

“Iran is making this up. These problems don’t exist,” Maryland senator Ben Cardin, ranking member on the Senate Foreign Relations Committee, told The Weekly Standard. “Congress, by extending ISA, is not taking any new steps against Iran at all.”

Fellow New Jersey Democratic senator Bob Menendez, who also voted against the deal, said that the ISA is critical for reigning in illicit Iranian activity and should be reapplied regardless of Iranian threats.

The ISA had already been passed by the House by a near-unanimous vote and the Senate vote is expected to deliver a similar result even though Secretary of State John Kerry made a last-ditch appeal to Senate Democrats.

The Obama administration has joined the Iran lobby is trying to stoke fears of Iranian retaliation should the ISA be renewed. A remarkable position to take since the administration has not offered any retaliation for similar missteps by the regime including two clear violations of the agreement found by the UN’s watchdog agency.

Last month, seven Democrats who voted for the deal last year wrote to Senate Majority Leader Mitch McConnell, R-Ky., to urge him to schedule a vote on the bill, arguing that it strengthens the deal by giving the White House an “unambiguous ability to immediately snap back sanctions in the coming years.”

But none this has stopped supporters of the Iranian regime from continuing to make silly claims such as Massoumeh Torfeh in Al-Jazeera, in which she claimed that if Trump were to confront Iran, it would embolden and help “hardliners” in Iran.

This is again the same misleading argument made endlessly by the Iran lobby which tries to mask the inescapable fact of life now in Iran: the hardliners have always been in charge anyway.

“The year 2017, in which Iran would be holding presidential and provincial elections, would be dominated by a heated debate between the hardliners and the centrists on how to handle the new US presidency and the nuclear deal signed with the so-called P5+1 endorsed by the United Nations Security Council,” Torfeh writes.

It is nearly word for word the same argument made earlier this year in advance of Iran’s parliamentary elections which were supposed to deliver a larger “moderate” body, but instead became ever more hardline as Khamenei’s handpicked councils wiped away thousands of potential candidates from even appearing on the ballot.

A similar outcome is expected in 2017 regardless of what Iran sympathizers like Torfeh promise.

The reality of Iran’s bad behavior is undisputable. The top U.S. military commander in the Middle East reinforced that view this week.

Army Gen. Joseph Votel said the agreement, which lifted sanctions on Iran in exchange for limits to its nuclear program, was being “implemented appropriately,” but that it has not changed Iranian behavior.

“I am concerned about continued malign activities of Iran across the region,” Votel, commander of U.S. Central Command, said at a forum hosted by the Foreign Policy Initiative.

Those included Iran’s cyber activities, the use of surrogate forces, facilitation of lethal aid, buildup of missile and anti-access capabilities, and unprofessional and aggressive activities in the Persian Gulf, he said.