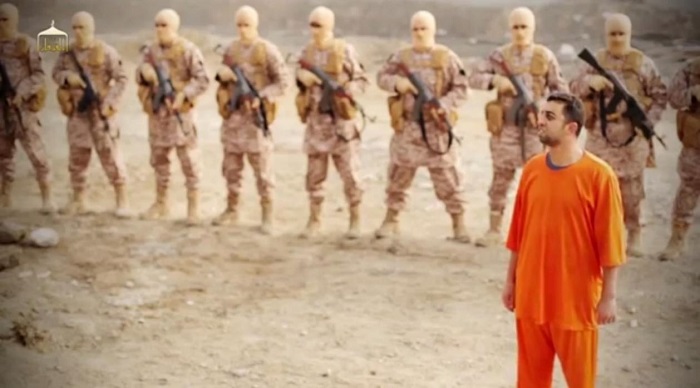 The world watched in horror yesterday as the terror group ISIS broadcast video of its execution of Jordanian pilot Moaz al-Kassasbeth by burning him alive in a cage and then burying him with a bulldozer. The imagery was graphic, searing into the international consciousness a new level of revulsion that even surpassed the beheadings ISIS had delivered earlier with regularity.

But what happened in the 24 hours following al-Kassabeth’s death was more revealing of where exactly the world stands in the face of such unremitting brutality. Jordan acted swiftly, executing two prisoners it had in its custody with a promise from official sources of swift and harsh response and retribution.

Japan and Great Britain joined in solidarity as did many other nations who have had nationals at risk or killed by ISIS during its rampage across Iraq and Syria. The death was so shocking and in contradiction to Islamic practices which forbid cremation that other moderate Muslim nations quickly expressed their own revulsion at this act.

Predictably, Iranian regime was not one of those nations and gave a formal condemnation with notable delay almost a day after the international outrage about the crime. Its supporters in the U.S. were even more quiescent; not even offering a simple tweet of revulsion at the act. In fact, in the case of Iran’s chief lobbying ally, the National Iranian American Council, there were no public statements. Its leading official, Trita Parsi made only one mention of the incident before launching into tweets criticizing Jordan’s King Hussein.

The rest of Iran’s supporters and sympathizers ranging from Ali Gharib to others were similarly silent on any condemnation of the brutal act. It does foster the question of why?

One could assume that it does not serve Iran’s interest to condemn ISIS since its intervention in Syria’s civil war on behalf of President Bashar al-Assad is in large part responsible for the growth of ISIS in the first place. But why would U.S.-based groups, sympathetic to Iran, such as NIAC simply not join the vocal outrage over this death? What would it cost them to send out a single tweet saying this was “gross” or “horrible” or even “tragic”?

But none of those things occurred and we are left with a better understanding of the true nature of Iran’s support network. Its sole aim and mission is to represent the interests of Iran here and most importantly to lobby hard against any re-imposition of economic sanctions during the ongoing third round of negotiations with the P5+1.

In contrast though to the NIAC has been the vocal condemnation sent out by Iranian resistance groups, most notably the National Council of Resistance of Iran. Its denouncement by Mrs. Maryam Rajavi, a woman at the head of a leading Muslim organization, is noteworthy because it forcefully takes a stand other Muslim groups do not and joins with the broader global outrage over the event.

Therein lays another odd quirk of the Iranian regime’s obsessive interest in fabricating regular attacks on the NCRI. Even with the world debating this violent act, the Iranian lobby spends considerable energy posting editorials attacking NCRI.

Because the mere existence of a group of Iranians dedicated to opposing the mullahs regime is anathema to them and puts a spotlight on the lie they perpetuate that all of Iran is united behind their rule. It is the most glaring blind spot mullahs ruling Iran have and a constant reminder to them of the essential weakness of their position in nuclear talks.

At the end of the day, Iran’s mullahs cannot be trusted and that is at the heart of why both Senate Democrats and Republicans are more than willing to toe the line and impose sanctions on March 24th should Iran not deliver a substantial and meaningful agreement to their liking.

The intelligence uncovered by the NCRI on human rights abuses and covert nuclear research sites has been instrumental in revealing the deceit of the regime and the mere fact they cannot recognize the barbarity of the death of al-Kassasbeth adds to the damning truth that Iran tacitly approves of what happened.