For all of the verbose and critical language the Iran lobby has aimed at the Trump administration for de-certifying the Iran nuclear agreement and re-imposing economic sanctions this week, they miss the one essential truth they cannot defend which is this whole mess is the fault of the mullahs in Tehran, not the U.S.

The Iran lobby, most notably the National Iranian American Council, have long argued the nuclear deal negotiated by the Obama administration was “working.” It was a misleading label from the start because the administration, under the influence of the “echo chamber” created by the Iran lobby to bolster American public opinion, literally gave away the proverbial store.

Among the most notable omissions in the agreement:

But what the NIAC and others in the Iran lobby fail to ever mention is Iran’s role in the Syrian civil war and the carnage it unleashed resulting in the slaughter of almost half a million men, women and children and creating over four million refugees.

It also spawned the rise of ISIS and a series of terrorist attacks that struck at almost every part of the world including London, Birmingham, Orlando, Brussels, Nice, Ottawa, Sydney, San Bernardino and the list goes on and on.

For these reasons and more, President Trump followed through on a central campaign promise in pulling out the nuclear deal. His decision wasn’t a surprise to anyone, including the Iran lobby, but that hasn’t stopped the NIAC and others from doing their best to stab at the president’s actions.

Among the sanctions being imposed include several that the Obama administration declined to enforce in the first place.

Iran will no longer be able to engage in trade using US dollars, a cornerstone of international business for the country. The country will also, according to Trump administration officials, be blocked from trade in gold and other precious metals, the import of graphite, aluminum, steel, coal, and software used for industrial purposes, and participation in the automobile market, according to BuzzFeed.

The NIAC has called for European countries to bail out Iran and commit to their business deals with the Islamic state, but already a mass exodus of companies including Peugeot and Total has streamed away from Iran.

While the sanctions are sure to be troubling to Iran, even harsher sanctions are on deck to come into effect in November. Those will target Iran’s oil exports as well as transactions between foreign banks and the Central Bank of Iran.

A senior administrative official reiterated that the US goal is to get imports of Iranian crude to zero and that the US is not looking to give exemptions or waivers when those sanctions hit.

The NIAC, in a briefing memo posted on its website, consistently characterizes the nuclear agreement as “successful” but in reality the agreement ended up being the tool by which Iranian regime replenished its cash reserves, went on a massive arms buying spree and proceeded to aid in the gassing and killing of hundreds of thousands of people in the Middle East.

If the mullahs were hoping to save themselves and the Assad regime, then the nuclear deal was indeed a stunning success from that standpoint.

The harsh reality though for the mullahs and the Iran lobby is that conditions have changed significantly over the past three years, not only in Washington, DC, but also on the streets of hundreds of villages, cities and towns throughout Iran as waves of protests push the regime into a decision whether or not to crackdown on its own people again or finally entertain the notion that democracy, a real genuine democracy, needs to take root in Iran.

Thomas Erdbrink in the New York Times was one of only several journalists chronicling the protests erupting in Iran, the likes of which are rarely seen as these protests are being fueled by the poor and middle classes and focused on the poor economy, death spiral in the currency values, gross mismanagement, incompetence in the government and rampant corruption by the ruling elites.

“Some demonstrations — about the weak economy, strict Islamic rules, water shortages, religious disputes, local grievances — have turned deadly. The protesters have shouted harsh slogans against clerical leaders and their policies. The events are broadly shared on social media and on the dozens of Persian language satellite channels beaming into the Islamic republic,” he writes.

“Videos show that some protesters have gone well beyond strictly economic grievances to challenge Iran’s foreign policy and religious rules. Secular protest slogans aimed at Iran’s leadership also criticize its support for Syria and groups in the Palestinian territories and in Lebanon,” he added.

Erdbrink who usually writes in a favorable , appeasing the mullahs in Iran, writes that predictably in-fighting among the ruling elites as to who is to blame is rising as the mullahs struggle to offer solutions to the Iranian people that don’t involve slogans or a policeman wielding a baton.

While the Iran lobby struggles to get its message out, the truth is that Americans, are less likely to hear that same echo chamber this time around. 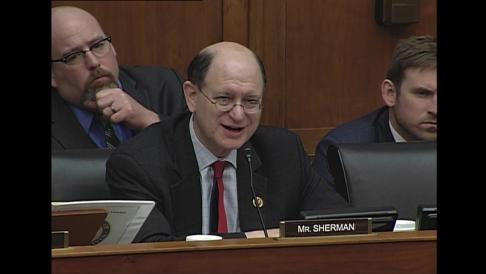