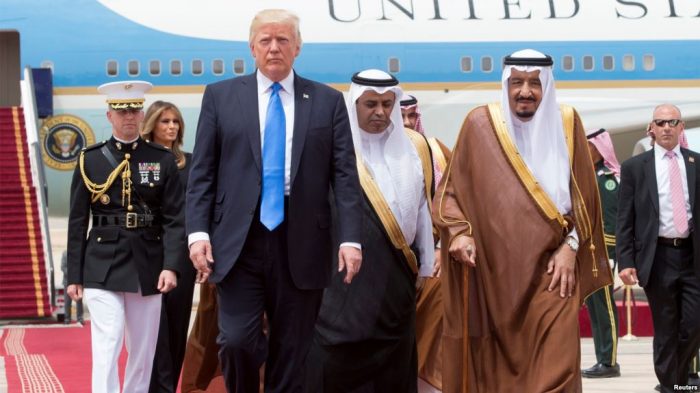 As If We Expected a Different Result in Iran Election?

Without much drama, Hassan Rouhani was re-elected to a second term as president of the Iranian regime. The result didn’t come as a surprise to any experienced Iran watcher since no incumbent has ever lost a bid for a second term, even if the results had to be faked to get the job done as was the case with Mahmoud Ahmadinejad.

But what has been lost on a large part of the global media is now the mullahs manage to always stage a convenient drama to be played out for them in terms of a fateful showdown between “reformist and moderate” forces against “hardline and conservative” ones bent on rolling back the freedoms of the Iranian people.

If Nazi Germany had staged an election between Adolf Hitler and Joseph Goebbels, the latter probably would have looked like a moderate too.

The same was true here in which a careful choreography ensued. First thousands of candidates filing to be on the ballot had to be summarily tossed aside to clear the field.

That left only six men to move forward—no women and no active or known dissidents—and then several dropped out to throw their support to one of the two remaining choices: Rouhani and Ebrahim Raisi.

Conveniently, Raisi was portrayed as the “hardline” choice of Ali Khamenei and was portrayed by media as the man who would roll back all the “positive” achievements wrought by Rouhani over the past four years.

Given Raisi’s bloody history as a special prosecutor that oversaw the executions of tens of thousands of Iranian dissidents, it’s easy to see why he might be viewed as slightly more bloodthirsty than Rouhani who oversaw only the execution of mere thousands of dissidents.

It was a Hobson’s choice and a well-played one.

While the Iran lobby focused on Rouhani’s achievements in securing the nuclear deal and opening Iran back up to Western investment, never were there any mentions of the broad human rights crackdowns during his tenure including the largest number of public executions since the 1979 revolution.

In fact, global media were eager to eat up the narrative of a “moderate” win which is exactly what Khamenei and his fellow mullahs wanted to see portrayed.

How easily the world has forgotten the parliamentary elections only last year in which tens of thousands of candidates were knocked off ballots and faithful followers of the mullahs were re-elected.

The Iranian regime smartly chooses to fight its public battles only after the game has been rigged.

Trita Parsi of the National Iranian American Council brayed like a wild animal over the results as the NIAC quickly issued statements lauding the outcome.

“President Rouhani’s convincing win is a sharp rebuke to Iran’s unelected institutions that were a significant brake on progress during Rouhani’s first term. It is also a rebuke of Washington hawks who openly called for either a boycott of the vote or for the hardline candidate Ebrahim Raisi to win in order to hasten a confrontation,” Parsi said.

“In addition to Trump’s America, there are two other countries that will continue to form an Axis of Rejection in response to Rouhani’s foreign policy. One is Saudi Arabia. Despite Tehran’s repeated outreach, Riyadh has refused to respond in kind,” said Parsi’s NIAC colleague Reza Marashi in a piece for Huffington Post.

Fortunately for the rest of the world, many countries are not hearkening to Parsi and Marashi’s messages.

During President Trump’s state visit to Saudi Arabia, he found common ground with the Saudis on the need to confront Iranian regime’s aggression since Rouhani has clearly followed a foreign policy of engaging in wars in Syria, Iraq and Yemen; coupled with a North Korea-like ramp up in ballistic missile testing.

The king said on Sunday Saudi Arabia had not witnessed terrorism until the 1979 Revolution in Iran. Instead of accepting good-faith initiatives, Iran has “pursued expansionary ambitions, and criminal practices and the meddling of other countries’ internal affairs,” he said. The kingdom, however, respects the Iranian people and won’t judge them “by the crimes of their regime,” he said, according to Bloomberg.

Sen. John McCain lauded President Trump’s trip to Saudi Arabia this weekend saying it sent a strong message to Iran that the U.S. and its allies are ready to block Iran’s efforts to destabilize the region.

“There’s no doubt that if we’re going to impede the Iranian’s continued efforts to exert, certainly, significant strength in the region that this is an important step forward,” the Arizona Republican said on “Fox News Sunday.”

Orde Kittrie, a professor of law at Arizona State University and a senior fellow at the Foundation for Defense of Democracies, lauded the Trump administration’s approach to the Iranian regime and how—in this one area—bipartisan cooperation with Congress seems to be taking root.

“The Trump administration’s different approach is very consistent with that advocated by leading members of Congress including Senate Foreign Relations Committee Chair Bob Corker (R-Tenn.) and Ranking Member Ben Cardin (D-Md.) in their S. 722, and House Committee on Foreign Affairs Chair Ed Royce (R-Calif.) and Ranking Member Elliot Engel (D-N.Y.) in their H.R. 1698,” he writes in the Hill.

“The Trump administration has been accused by some of acting impulsively at times. Its apparently careful, measured and thoughtful approach to Iran policy is encouraging. Tearing up the JCPOA, without a better strategy for preventing an Iranian nuclear bomb and a broader strategy for combating non-nuclear malign Iranian behavior, would make no sense,” he added.

While the world discusses the “moderate” victory in Iran, it would do well to remember how bloody the past four years have been around the Middle East under Rouhani’s term.