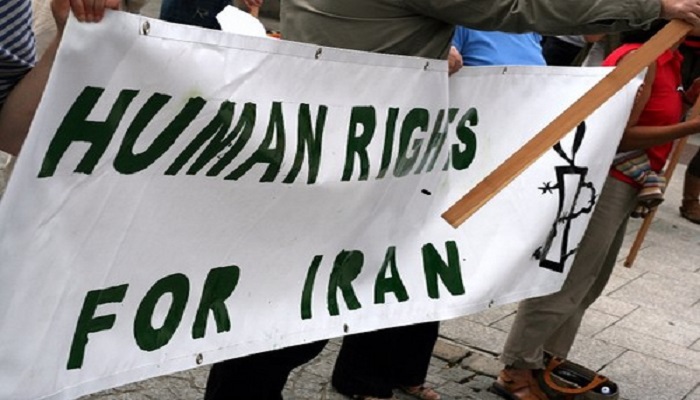 This weekend in Paris was marked by one of the largest gatherings ever assembled of people dedicated to change in the Iran regime and the return of that nation to freedom and democracy.

With a crowd estimated at over 100,000 people, the gathering sponsored by the Iranian diaspora, supporters of the resistance umbrella group, the National Council of Resistance of Iran, featured an eight hour marathon of speeches and remarks by delegations representing over 60 nations, all focused on the brutal nature of the regime and the harsh repression and cruel treatment of Iran’s citizens by their religious mullah overlords.

The appointment of Ahmed Shaheed as the UN Special Rapporteur on Human Rights for Iran is one of only ten such appointments currently in effect; ranking Iran alongside persistent human rights abusers as Haiti, Myanmar, North Korea and Sudan.

Shaheed has continually spoken out against abuses by the mullahs, most notably as recently as June 5, 2015 over the rapid escalation of arrests and imprisonment of journalists, including American journalist Jason Rezaian.

“The recurrent use of vague references to threats to national security, propaganda against the system and insult to authorities to prosecute and detain journalists or activists is in contradiction to both international norms relating to freedoms of expression and association and the principle of legality,” Mr. Shaheed stated.

Amnesty International’s annual report goes into extensive detail on the litany of human rights abuses flowing from the mullah’s mandates including restrictions on the freedom of expression, association and assembly, widespread use of torture, codified unfair trials, institutional mistreatment of ethnic and religious minorities, the broad denial of women’s rights, lack of privacy, denial of education, and frequent and indiscriminate use of the death penalty.

The chronicle of abuses does not even include the special ire and venom reserved for Iranian dissidents such as those who assembled in Paris by Iran’s mullahs who have sought for the past 35 years to discredit, defame, attack and murder members of Iran’s resistance groups such as the NCRI and People’s Mojahedin Organization of Iran (PMOI).

In the course of resisting Iran’s despotic rule, the groups have seen over 120,000 members murdered by the regime, most recently in hangings from trumped up show trials and at Camp Liberty in Iraq where 2,500 dissident refugees are frequently attacked by Iranian security forces and paramilitaries.

Yet even after the catalogue and almost daily chronicle of abuses against Iranians and Iranian-Americans by the regime, their most vocal supporter, the National Iranian-American Council, has barely uttered a word of protest or criticism even when the abuses are specifically aimed at Iranian-Americans, nominally the reason why the NIAC exists in the first place.

The litany of abuse had become so rampant, so blatant and appearing daily in the front pages of newspapers and global newscasts, that the NIAC finally had to issue some kind of statement recognizing the gross mistreatment going on or risk become a laughingstock every time they opened their mouths; some might argue it already is a laughingstock, but that’s another matter.

So what did the NIAC do to strike fear in the hearts of the mullahs and their prison guards, torturers, hangmen and puppet jurists? It issued a 379-word long press statement in which it “condemns the Iranian government’s recent violations of its international human rights obligations.”

Most notable in the brief statement was that 148 words of it dealt, not with human rights, but with the proposed nuclear deal being negotiated in Switzerland. Even when faced with the overwhelming human misery and suffering being caused by Iran’s leadership, the NIAC can barely force itself to utter a peep about it.

By way of comparison, an editorial written by NIAC policy fellow Ryan Costello in The Hill blog the same week devoted a brawny 891 words to the topic of the issue of inspections of military sites, nearly four times the amount devoted to human rights.

It is a mere fig leaf by the NIAC to cover up for the fact it is a group appearing to be solely dedicated not to the plight of Iranian-Americans, especially four of them languishing in Iran now, but rather towards supporting the political aims of a small cadre of religious rulers in Iran.