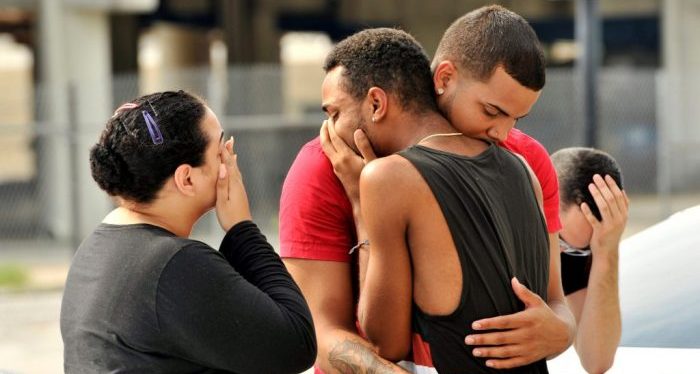 The list of mass killings grew longer this weekend as Orlando was added to San Bernardino, Paris, Sydney, Ottawa and others. Since the tragedy of 9/11, there has been an estimated 85 attacks attributed to Islamic fundamentalism; not counting the bloody proxy wars being waged in Syria, Iraq, Nigeria and Yemen.

In what is now the largest mass shooting in American history, and the largest terrorist attack since 9/11, the U.S. is once again a target for someone who appears to have been radicalized by Islamic fundamentalism.

In the coming weeks, there will be intense investigations looking into every aspect of the killer’s life, his possible contacts with radical elements overseas and his state of mind that might have allowed him to be radicalized.

What is clear though is that the root of all of these attacks lies within the propagation of a nihilistic ideology that is not based in religion, but rather in the debased whims of cold-blooded killers and those hungry for power and control.

The discussion in Orlando, just as it was in Paris, should not be debates about whether or not the shooter was motivated by anti-gay hatred, or if gun control could have stopped him, or if he was under the direct control of ISIS or some other Islamist group.

What should be the discussion is that what motivates these mass murders is really quite simple: it’s an idea.

This idea believes in the supremacy of a chosen few and that anyone else not sharing that same ideology is better off dead, enslaved or imprisoned. It’s an idea based on the concentration of power in the hands of a select few who have the power of life or death.

This idea is radical Islam and it is a cancer on the world; eating away at the hearts and minds of young men and women who are drawn to its allure and motivated to wreck death and destruction in the blind pursuit of eradicating all others who do not ascribe to this same vision.

But like any idea, it needs a safe haven to be broadcast and spread. It needs support, infrastructure and security from scrutiny. It needs a shield to protect it from eradication. In short, radical Islam needs the Iranian regime.

Like the fruit of a poisoned tree, the Iranian regime’s tree of death bears fruit that has been plucked and exported to Syria, Lebanon, Iraq, Afghanistan, Nigeria, Yemen and throughout the Gulf states.

It learns from misogynistic laws passed by the Iranian government permitting marriage for young girls as young as 13, even by their own step fathers, which in turn leads to sexual enslavement of young Nigerian girls and Yazidi Christians by Boko Haram and ISIS.

It mimics brutal punishments in Iranian religious courts that sanction public amputations, eye gouging, acid in the face, public beatings and imprisonment without charge or trial.

Since 1979, the Iranian regime has set the bar for the world’s terrorists and killers to follow and it has set it high. It is no coincidence that during the past two years since Hassan Rouhani was handpicked by Ali Khamenei and the nuclear deal was negotiated in an abysmal act of appeasement, the size, scope and scale of violence perpetrated and inspired by radical Islamists have mushroomed around the world.

The battlefields of the Middle East have now come to the streets of Paris, the suburbs of San Bernardino, the downtown of Orlando and many other cities and the Iranian regime and its mullahs in Tehran have been the clarion call to arms for those radicalized men and women.

They have been inspired to commit these acts because nothing is more dangerous than the lure of an ideology that is not combatted by effective ideas of our own. Nothing illustrates this more than the lack of support for competing ideas that resonate and come from dissidents living in these same countries.

People that are susceptible to being radicalized are not likely to be swayed by slick commercials produced in Hollywood or a commemorative pin worn by celebrities at a gala. They are more likely to be persuaded when men and women that share their same ethnicity, culture, history, religion and even family heritages make the case against radical Islam, which is why the priority by Western governments should be on supporting the cause of human rights and dissident groups in Iran and elsewhere.

Groups such as the National Council of Resistance of Iran have long fought the good fight in combatting the lies of the Iranian regime and ripping off the veil that obscures the harshness and brutality of the regime. Groups such as the NCRI often smuggle the only testimonials and accounts of executions, torture, arrests and imprisonment that feed into the narrative that radicalizes these disaffected people to commit violence.

Supporters of the regime, such as the National Iranian American Council, have participated as a lobby for Iran trying to hide the truth, but they know they cannot cover up atrocities such as what has happened in Paris or Orlando. They are struck deaf and mute in the face of such open and wanton violence and bloodshed.

Predictably, these groups forming the Iran lobby will mouth the appropriate words of sympathy and express horror at the killings, but they will also be sure to make the case that none of this should be used to discredit Iran, even though Iran serves as the well spring of hatred from which these acts flow.

And if they try to portray this as an isolated incident simply of anti-gay hatred, we should remember that for the past two years, Islamists had been finding gays in areas of Syria and Iraq they control and tossing them off the roofs of high rise buildings.

Hatred is bred within radical Islam and it needs a home to nurture. The world needs to deny that haven in Iran.