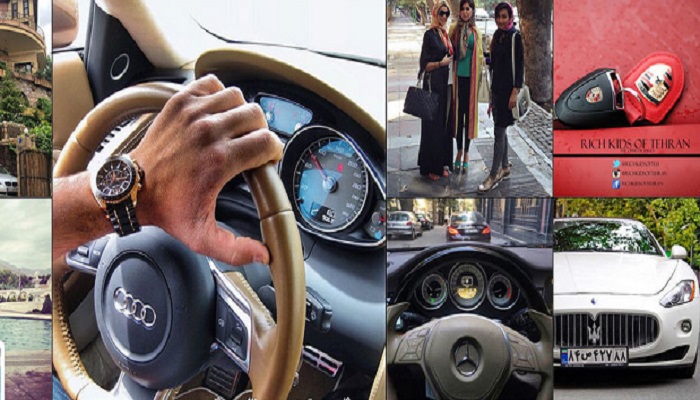 A bright yellow Porsche Boxster GTS driven by a young woman from a poorer neighborhood of Tehran with the wealthy owner a grandson of a high ranking mullah next to her hit speeds of 120 miles per hour before losing control and slamming into a tree; instantly killing the 20 year old woman with the 21 year old owner dying hours later of injuries.

The crash, which otherwise might have drawn scant attention in New York, Paris or Tokyo, caused a firestorm in tightly controlled Iran where social media has fueled pent-up outrage over the chasm between the rich, wealthy elites of the ruling class and the hardscrabble lives of ordinary Iranians. To make matters worse, the man killed was engaged to be married, but not to his young companion, furthering the perception that the strict laws and harsh penalties imposed by the regime’s mullahs exempt their own families and supporters.

The glaring contradiction in having unmarried a man and woman together in a society where a woman found in the company of a man other than her family can result in a swift beating by Basiji paramilitary militia reveals the hypocrisy running rife through the regime’s leadership.

The flow of cash and wealth to a select few, the regime’s own 1 percent, is the product of efforts by the regime to circumvent economic sanctions put in place to slow down Iran’s nuclear program, but have turned into a lucrative illicit trade benefitting just a few and helping to fuel the regime’s support for terror groups and its many proxy wars it is engaged in, most recently in Yemen.

The allocation of wealth within the regime based on family connections or need to fund overseas expansion of its extremist religion leaves ordinary Iranians struggling amidst the excessive display of wealth by family members of mullahs and those connected to the Revolutionary Guards Corps which controls vast sections of Iran’s economy and industry.

All of which is another reason why the ruling mullahs, including top mullah Ali Khamenei, have been absolutely adamant on the unconditional and total lifting of all economic sanctions, including U.S., European Union and United Nations penalties because they want to open the floodgates to foreign investment further enriching them and their families.

But the regime is a master of contrary perceptions to suit its needs. Another example was a speech by Iranian Foreign Minister Javad Zarif in New York where he chastised Sunni Arab nations’ air campaign against Iranian-backed Houthi rebels in Yemen, and yet refused to accept the regime’s $35 billion annual support of Syrian President Bashar al-Assad in a similar vein, even with Iranian Quds Force fighters actively fighting on the ground.

But it seems Zarif has become as adept at speaking out of both sides of his mouth as his loyal supporters in the U.S. such as Trita Parsi of the National Iranian American Council. In an interview on Charlie Rose’s show, Zarif insisted the regime did not imprison people for mere opinions.

“We do not jail people for their opinions,” Zarif said. His comments were met by derision on social media from former political prisoners to call him a liar pointing out dozens of political prisoners including journalists, bloggers, political activists and other dissidents languishing in Iranian prisons.

In the most blatant example of these flip-flops, the regime moved forward with the arrest of human rights activist Narges Mohammadi this week. She was scheduled to appear in court in connection with a new case filed against her by regime authorities, but a request for a delay in that case was denied, leaving her lawyer no time to study the charges against her. Her situation remains in doubt.

While the regime continues to enrich its own members, at the expense of Iranian citizens, it also continues to oppress the same people it is depriving of an economic future. Unfortunately, there can be no Occupy Wall Street movement in Tehran since protest is likely to send you straight to Evin Prison like so many others.