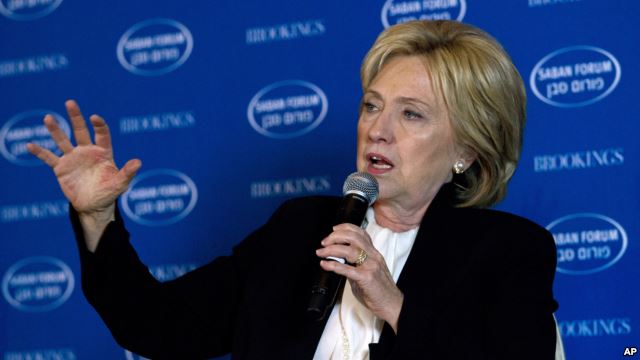 Bennetta Betbadal was born in Iran in 1969 and fled to the U.S. when she was a young 18-year-old to “escape Islamic extremism and the persecution of Christians that followed the Iranian Revolution,” her family said in a statement.

Her husband worked as a police officer at local community college and she went to school to earn a degree in chemistry, eventually taking a job as an inspector with the San Bernardino County Health Department in 2006.

She went to work Wednesday morning filled with optimism about a presentation she was due to give to co-workers and had just finished decorating the family Christmas tree.

Shortly after 11 am that day, she, and 13 of other people, was killed at the Inland Regional Center in San Bernardino in what is quickly becoming a case of terrorism by a couple that may have been radicalized and had links to Islamic extremist groups.

The morning massacre apparently carried out by a Syed Farook, 28, and his 27-year-old Pakistani wife Tashfeen Malik had many of the same hallmarks of the recent terror attacks in Paris. Both attacks appeared to be well-planned, involving more than a lone gunman, and included significant technical skills in creating explosive devices.

Both attacks involved native-born young men who appeared to have been radicalized by similar extremist Islamic messages that power most of the world’s terror groups such as ISIS, Hezbollah, Boko Haram, Al-Qaeda and Shiite militias.

In the statement issued to the news media, the family said: “It is the ultimate irony that her life would be stolen from her that day by what appears to be the same type of extremism that she fled so many years ago.”

The tragedy of Betbadal is a reminder to the world that Islamic extremism is a real, prevalent and growing threat to the civilized world and the first battle in confronting comes by calling it for what it is and naming the sources of it.

It’s a necessity that the Iran lobby has fought hard to prevent from happening because in the world today, there is only one nation state that is a theocratic exporter of terror and extremism and that is the Iranian regime. In fact, the regime is just one of three nations on the planet still on the U.S. State Department’s list of state sponsors of terror.

In the weeks and months to follow there will be more details revealed from the shooters’ lives and we’ll know more conclusively of the links they may have had to terror groups, but the intial evidence is worrisome and damning.

It has also been well documented that the regime has served as the “spiritual godfather” of Islamic extremism as its leaders, especially its current top mullah Ali Khamenei, have preached a hardened vision of Islam that is both apocalyptic and nihilistic. It’s specific brand of Shia sectarian belief has been used to justify everything from public executions and brutal torture to suppression of women’s rights and the virtual destruction of Iran’s environment and rape of natural resources.

The attacks in Paris and San Bernardino and previously in Sydney, the Charlie Hebdo attacks and others all can be traced back to a view point that violence in the name of religion is justified to achieve goals, which was given birth to by the mullahs after the 1979 revolution.

It’s also no surprise that regime supporters such as the National Iranian American Council have again been reduced to mute silence in the face of another act of Islamic extremism. In fact, the Twitter feed for NIAC head Trita Parsi spit out more tweets about gun control and denouncing Saudi Arabia than in expressing any sympathy for the 14 people killed and 21 people wounded in the attacks.

Ironically enough, Parsi did send out one tweet making fun of the fear people have about the rise of terror attacks, saying “Scary map of all Islamic terror attacks in the U.S. Just kidding, its just all mass shootings since Sandy Hook #gunsense”

Parsi might have instead tweeted out this time-lapse mapping of all terror attacks worldwide over last 15 years. He would find that the number of killings, bombings, shootings and attacks dwarf what Parsi points too.

But that may be asking too much of Parsi and his colleagues at NIAC who have devoted themselves to serving as political cover for the regime whenever Islamic extremism rears its ugly head, even all the way to a quiet suburb in Southern California.