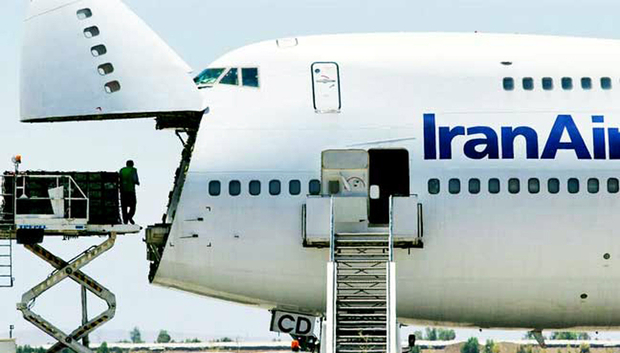 The ancient Chinese saying that there is “opportunity in crisis” seems to be have no bigger believer than the mullahs in Tehran lately as the Middle East continues to sink deeper into turmoil and the Iranian regime seeks to exploit the chaos and suffering for its own benefit.

In Syria, there is no argument that Iranian intervention in support of the Assad regime has turned that country into a slaughterhouse and now the mullahs are pushing their advantage through their Shiite militia proxies who now appear to have secured a road link from the Iranian border all the way to Syria’s Mediterranean coastline according to the New Yorker.

The new land route will allow the Iranian regime to resupply its allies in Syria by land instead of air, which is both easier and cheaper.

“The road network, which starts on Iran’s border with Iraq and runs across that country and Syria, was secured last week, when pro-Iranian Shiite militias captured a final string of Iraqi villages near the border with Syria. The road link zigs and zags across the two countries, but it appears to give Iran direct, uninhibited access to Damascus and the government of Bashar al-Assad, which the Iranians have been supporting since the uprising there began, in 2011. Since then, the Iranians have been Assad’s primary backer, sending men, guns, and other material by air and sea,” the New Yorker reported.

The development is potentially momentous, because, for the first time, it would bind together, by a single land route, a string of Iranian allies, including Hezbollah, in Lebanon; the Assad regime, in Syria; and the Iranian-dominated government in Iraq. Those allies form what is often referred to as the Shiite Crescent, an Iranian sphere of influence in an area otherwise dominated by Sunni Muslims.

The Iranian regime has sought to create such a sphere since the end of the Iran-Iraq War, in 1988, which it saw as a Western-backed effort to destroy the regime. That’s why Iran helped create Hezbollah, the Shiite militia that dominates Lebanon, and trained and directed Shiite militias that attacked American soldiers during their occupation of Iraq.

The one significant obstacle standing in the way of this Iranian arms superhighway are the Kurds in the semiautonomous area of Iraq which has plainly stated they don’t want Shiite militias or Iranians transiting their territory.

This may explain why the Iranian regime’s foreign ministry has vehemently opposed a plan by the Kurds to hold an independence referendum.

“The principal and clear position of the Islamic Republic of Iran is to support Iraq’s territorial integrity and solidarity,” Foreign Ministry spokesman Bahram Qassemi said on Saturday in state media.

The Kurdish move was spurred in part by growing Iranian influence within the Iraqi government, culminating the split with Sunni partners by the government of Nouri al-Maliki at the reported behest of Tehran. That split drive Iraqi Sunnis into the arms of a fledging ISIS that secured its first major victory with the fall of Mosul.

Meanwhile the growing standoff between Qatar and fellow Gulf states and Saudi Arabia escalated as the Iranian regime made a show of flying several planeloads of food into the embattled Gulf nation.

Iran sent four cargo planes of food to Qatar and plans to provide 100 tons of fruits and vegetables every day, according to Iranian officials, amid concerns of shortages after Qatar’s biggest suppliers severed ties with the import-dependent country. This is in addition to reports Iran was shipping meat and other less perishable items by small boats.

Qatar has been in talks with Iran and Turkey to secure food and water supplies after Saudi Arabia, the United Arab Emirates, Egypt and Bahrain cut links, accusing Doha of supporting terrorism.

The split could present a rare opportunity for Iran to drive a wedge between its usually tightly allied Sunni adversaries on the other side of the Persian Gulf, analysts said. Iran and the Gulf states are on opposing sides in a number of regional battlefields, including in Yemen and Syria.

Qatar is a member of the Gulf Cooperation Council, along with Saudi Arabia, the U.A.E., Bahrain, Kuwait and Oman. Most of the GCC countries oppose Iran’s regional aims, including its support for Shiite militia Hezbollah in Lebanon and its backing of the Assad regime against a long-running challenge by Sunni rebels.

The Associated Press examined Qatar’s alleged ties to extremist groups including Al-Qaeda and ISIS finding that Qatari finances have indirectly propped up both terrorist groups. Qatar’s support for the Muslim Brotherhood and Hamas have also been problematic as both groups have been destabilizing forces in many Arab countries.

Most worrisome for Arab nations was Qatar’s payment of hundreds of millions of dollars in ransom to Iranian-backed Shiite militias that kidnapped 26 hostages, including members of the Qatar ruling family.

Egypt has asked the U.N. Security Council to investigate reports that Qatar “paid up to $1 billion to a terrorist group active in Iraq” to free the hostages, which would violate U.N. sanctions.

The ransom payments continue a trend that began with President Barack Obama’s payments to Iran for the release of several American hostages as part of the nuclear deal in 2015.

To top things off, Iran sent two warships to Oman before heading to the coast of Yemen in a not-too subtle warning to the Gulf states boycotting Qatar.

The Tasnim news agency reported that the two ships, an Alborz destroyer and a Bushehr logistics warship, will depart from the port city of Bandar Abbas on Sunday for an overseas mission to Oman and then on to international waters.

“An Iranian naval flotilla will depart to Oman on Sunday and then will go to the north of the Indian Ocean and Gulf of Aden,” the agency quoted the navy as saying.

The Gulf of Aden, which lies between the Horn of Africa and the southern tip of the Arabian Peninsula, is a strategic shipping lane which connects the Indian ocean with the Red Sea and Suez Canal.

Meanwhile on the hone front, the Iranian regime took steps to repair the public relations damage caused by the ISIS attacks in Tehran by announcing it has arrested almost 50 people in connection with twin attacks as security forces stepped up efforts to crack down on suspected militants.

Iran’s intelligence minister, Mahmoud Alavi, also declared on state television late Saturday night that Iranian intelligence operatives killed the “commander of the team” that carried out the strikes, the Washington Post reported. Alavi though refused to release the name of the so-called mastermind.

It would not be surprising to find that the Iranian regime used the pretext of the ISIS attacks to arrest and imprison bothersome Iranian dissidents, also the lack of identification of the attack’s planner left many believing there was no successful targeting of those responsible.

But none of this stopped the regime from again trying to point the finger at Saudi Arabia and the U.S. for the ISIS attacks and for the growth of the terrorist group itself.

This followed a similar statement from Russian media that accused the U.S. of aiding ISIS fighters in escaping capture in Syria.

Neither Iran nor Russia offered any proof to back those claims.