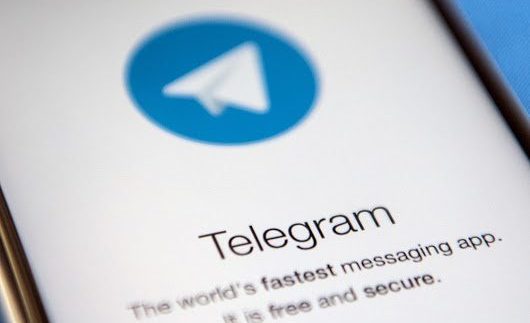 One of the truisms for the future of the Iranian regime is that someone is always going to try to knock it over. Governments, including successive U.S. administrations to human rights groups to ordinary Iranian citizens, have done their best for force regime change over the decades.

The mullahs in Tehran have responded with typical brutality and force in suppressing dissent and opposing those efforts. Every meaningful revolt has been put down with the cost paid in bloodshed by protestors.

We can think back to the massive protests in 2009 following the stolen presidential election or just this past winter when citizen protests over the economy and lack of jobs pushed tens of thousands onto streets across Iran.

At the forefront of much of these movements has been technology. The advent of mobile phones and their development of cameras and social media led to the wide distribution of video and images of the everyday brutality Iranians experience under the regime’s iron boot.

The rest of the world got to watch live streams of protestors battling paramilitary forces and social media apps such as Instagram quickly became an outlet for Iranians, especially women, to protest morality laws by posting pictures of them waving their hijabs from atop cars and rooftops.

Most troubling for the regime has been the use of messaging apps such as WhatsApp and Telegram which has allowed Iranians to not only communicate with the outside world, especially family members in the Iranian diaspora but within Iran itself to help organize protests.

The Iranian regime has spent considerable resources trying to muzzle these conduits of freedom as it built its version of the Great Cyber Wall that China uses to maintain strict control over the Internet, but the regime has faced considerable problems in containing app use.

Most troubling for the regime has been a recent effort by Telegram to launch its own form of cryptocurrency. Just last March, Telegram announced the stunning sale of $1.7 billion in the world’s largest and most successful initial coin offering (ICO) ever.

The latest offering round closed in March and raised $850 million from 94 investors according to HiBusiness, matching what the company raised in February.

The total proceeds can go even higher since the regulatory filing says Telegram “may pursue one or more subsequent offerings.”

While the company has 200 million active users, only a tenth of what Facebook boasts, Telegram is widely used throughout Iran since the regime has been unable to completely block its usage after many unsuccessful attempts.

Telegram aims to finance the creation of a distributed encrypted messaging network that would preserve itself through a cryptocurrency known as GRAM.

Although it has not sold any tokens yet, one GRAM would reportedly be worth $0.10. The entire ecosystem would be capped at 5 billion GRAM.

What that means for the Iranian regime is that ordinary Iranians could use GRAM as a substitute currency that could be more stable and reliable than the regime’s own state-controlled rial which has been punished on currency exchanges over the years because of its tie-up with petroleum prices and the faltering Iranian economy.

The potential for significant capital flight frankly terrifies the regime and poses a potential roadblock to the regime’s oft-stated goal of jumpstarting the economy in the wake of the supposed benefits flowing from the Iran nuclear deal.

According to HiBusiness, Telegram is working to finish its blockchain-based service, which might make it more bothersome for states like Iran or Russia to block its services since with a blockchain running the chat network, users would be able to relay their messages without having to depend on one particular data center from Telegram, making it among the first widespread decentralized messaging services.

This also would be the undoing of the governments that attempt to pry into what their citizens are saying on the internet. Coupled with the threat of new cryptocurrency siphoning off hard cash from the Iranian regime’s coffers, you can see why the lights are burning late in Tehran.

According to U.S.-based news site Al-Monitor, Hassan Firouzabadi, secretary of the country’s High Council for Cyberspace, yesterday pushed for Telegram to be blocked in Iran on state TV, saying the firm’s dominance in Iran was “the enemy of the private sector” and adding:

“Telegram has officially announced that it will be used as an economic platform, and Telegram will undermine the national currency of Iran.”

On March 31, according to the news source, parliament member Alaeddin Boroujerdi said the move to block the messaging app “was a decision made at the highest levels, and Telegram will be replaced by a domestic app.”

Of course, replacing Telegram with a regime-built app would be a dream come true since it would allow unparalleled spying on its own people.

The regime has already made significant efforts in that area by building and offering bogus apps in the Apple App Store and Google Play store modeled after legitimate apps in the hopes of gaining access to users’ data in a report offered by the National Council of Resistance of Iran, a leading Iranian dissident group.

There would be significant irony if the downfall of the Iranian regime was accomplished because of one company’s cryptocurrency.